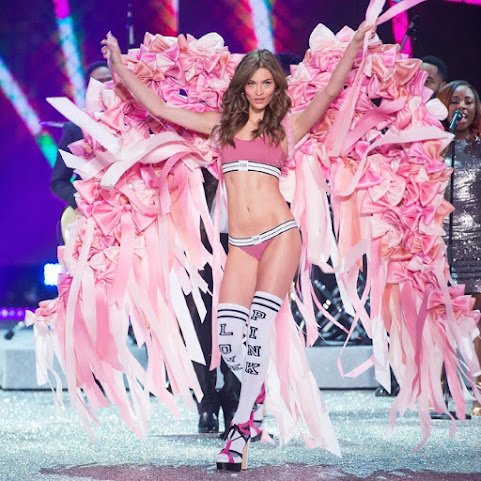 With inspiration from iconic angel hottie Grace, we share this collection of pop culture, community news and top headlines.

KANSAS CITY, Mo. - Pranksters once again struck one of the many fountains in Kansas City. This time, they turned filled the fountain at Mill Creek Park on the Country Club Plaza into a bubble bath on Sunday, similar to what was done to Meyers Circle Fountain in September.

The Patriots will reportedly take two planes to Kansas City

If the game resumes as scheduled, the Patriots will reportedly take two planes to Missouri to face the Kansas City Chiefs on Monday. According to Pro Football Talk's Mike Florio, a source reports that one of the planes will carry "roughly 20 persons" that have had contact with quarterback Cam Newton, whose test results came back positive for COVID-19 late Friday night.


Golden Ghetto Back To Church

LEAWOOD, Kan. - The largest Methodist church in the nation has returned to in-person worship services with the goal of making it as "safe as possible." "Safer than going to your grocery store," said Rev. Adam Hamilton, senior pastor at Church of the Resurrection.

L Brands Might Have a 30% Upside, JP Morgan Says | The Motley Fool

A JP Morgan analyst believes ( L Brands NYSE:LB) may have turned the corner on its woes, after an extremely rocky start to the year when the COVID-19 pandemic ended a chance to divest its ailing, controversial Victoria's Secret brand.

President Pelosi? Pence prepares to risk it all for Trump

A month before Election Day, Pence is putting it all on the line in a last-ditch attempt to rescue his ticket. The vice president himself has presented a positive face about representing the GOP ticket in a moment of crushing uncertainty, despite pressure from White House aides and allies to hunker down in Washington until Trump gets the all-clear.

Biden plans to attend next debate, hopes Trump will be able to participate, campaign says

Democratic presidential nominee Joe Biden will travel to Florida to participate in the next debate and hopes that President Trump will be able to join him despite the president testing positive for the novel coronavirus late last week. Symone Sanders, a senior campaign adviser to Biden, said on Sunday that the former vice president is "looking forward" to the Oct.

Attorney General William Barr will self-quarantine "for now" but is expected to return to work this week, according to a Justice Department spokesperson.

Rep. Jim Banks (R-Ind.) is calling on Speaker (D-Calif.) to issue an apology for her comments following 's coronavirus diagnosis, accusing the California Democrat of "victim blaming." Following the announcement early Friday that Trump had tested positive for COVID-19, Pelosi wished the president a safe recovery, but noted that he has repeatedly been seen at events without wearing a mask.

On Monday night, the Kansas City Chiefs will play the New England Patriots in a hastily-scheduled Monday Night Football doubleheader after quarterbacks from both teams tested positive for COVID-19 on Saturday. You might have wondered if it was the first time an NFL team had played on consecutive Monday night games - and reasonably so.

Even if you're a novice plant parent, you can probably recognize a snake plant or a palm without a second glance. But what about those more uncommon or rarer varieties? "The biggest things that I get asked are like, 'I want something funky,' or 'I want something that I've never seen before,'" says Reba Hamilton, owner of Virgil's Plant Shop.

Hide Transcript Show Transcript FALL DAY OUT THERE, IT IS COOL, BUT NOT COLD. GOOD DAY FOR A PUNK AND PATCH. NEVILLE: IT IS, WE HAD A NICE WARM UP FROM THE UPPER 30'S WE WERE IN THIS MORNING. LOW 60'S IT'S AFTERNOON, WE GOT SUNSHINE OUT THERE. THE WIND IS LIGHT.


Nobody cares about the chiefs in their little red clown suits.

Pelosi needs to practice what she preaches. If she got the virus it would have spread just as fast given the fact that she is behind the virus. Here's a quote from Dr. Fauci..... There's going to be a pandemic during the Trump administration. How did he know that?????? And he said it with an evil grin on his face.

According to Trump's Doctor, they are giving him Dextramethasone, a steroid only approved for treatment of severely ill Covid patients that can cause psychotic episodes. Hope they hade "the Football" locked safely away.

^^^ Maybe that's why he was shown "working really hard" signing all those blank sheets of paper.
Has he been taking this stuff for three and a half years now?
That would explain a lot.

Make up your mind. It was Fake News earlier.

Lots of people care about the Chiefs. Any damn fool can see that. You don't care - fine, but don't presume to speak for anyone else. We know what "a lot of people say" means. What you are doing is a variation of that.


people shouldn't care about politics, its a waste of time. Also, your vote doesn't count anyway. If you think otherwise how can you prove your vote was counted right and not just thrown in the trash

Where do I by the fag flags for my Yugo?

Trump has a deadly virus thats killed 200,000 Americans in the past 8 months and he takes a joyride to wave to nameless fans on the street by the hospital? Thats a huge insult to the families that lost 200,000 dead. Their loved ones didnt take rides around the neighborhood to wave to the neighbors before they recovered (or died). Those people were stuck in a hospital and died alone -no family allowed in to see them. But Trump gets out and is on TV? Doctors and nurses in hospitals and have died treating patients and they release him for an hour to drive thru crowds of people? What if he had embola? Would they allow a trip then. This proves how out of touch Trump is with the facts and people's feelings. He just lost the votes of the families of the 200,000 dead, most all doctors and nurses, people in medical manufacturing businesses and scientists who understand the virus in detail. It wasnt even the offical heavy limo he is required to ride in. It was a lightly armored SUV. And he pre-announced the visit. That breaks security protocol. And didnt tell the press corps. They are pissed they were not there to film. Trump just proved he is a fool. Your sick -stay in the hospital. Now sick covid people will feel they can go out in their cars and drive around. What a horrible example. Its best he not get re-elected. He called the Chinese prime Minister his good friend in December - now look how China has effected the world. Biden is no winner. But Biden is not a fool. Trump is!

The last three comments were all the same commenter, can't spew enough hate in just one. Difference is that he is the President and rides around to demonstrate he is okay and instill confidence that the office of the Presidency is intact. Don't read so much into it and make such simple minded non applicable comparisons.

2:10 & 2:25 Your comments reveal a pattern of obsession with sex and sin. Excessive protests sometimes is a defense mechanism for an underlying desire for the same. You might want to have that seen about. Meant that in a positive way.

Liberals constantly call for the end of hatred but wish for Trumps death in large numbers. That's the ultimate definition of hatred.
How about a Liberal call to end the HYPOCRISY?

^^^^We only want what's best for our country!

What kind of life, or lack thereof, do you have to have to go fucking fanboy at Walter Reed? Talk about a loser fest. "Hey honey, beautiful Sunday, whatdya say we head down to Walter Reed, bust out the Trump flag and chant and shit?"

Yeah, not a cult at all.

^^HA! CHUDS..SMH. They also like to line up in boats and cars and drive around too! losers!

Trump had no concerns about potentially bringing home a STD from Stormy Daniels to his prego wife! The drive yesterday was not a surprise.

While I'm at it, I'm gonna wrap my boat and car in Trump shit....nevermind when I have to remove that shit after he loses.

I've never really understood political bumper stickers regardless of the party but wrapping your fucking truck or boat is some next level stupid.

If Trump had Ebola instead, he would STILL make a drive around the street to see his fans. That tells you what he cares about. His image. He doesnt want to look weak.

It looks like he went to the New Jersey fundraiser after being told he had tested positive. What a guy!

Doctors never let contagious patents leave a hospital unless they "self check out against medial advice and go home to die".

You can't just get dressed, check out, and go back in minutes later. Unheard of in hospital rules. The medical staff that allowed it should be fired. Sick vets at that hospital were put at an added risk of covid and some may die from it because of Trumps movements.

Trump was "sucking up", brownnosing. showboating for the stupid people outside the hospital. I mean WHO stands outside a government hospital with signs and selling cookies? Trump is just a man, and he will die like everyone else.

Trump cheated (broke his marriage vows) to Melina, and his past wives. You need to understand he has a poor character. He is dishonest to them. He made Marla Marples tell the NY Times that he was the best lover she ever had. Google that story. She admits it was his idea and to make him look good even though he was old. He is a nutcase.

In The Hollywood Reporter, Jill Brooke writes that Trump was having a meltdown on the phone to editor Jerry Nachman. He was in the midst of his divorce with first wife Ivana and was reportedly angry that she managed to place a sympathetic story on the front page of the New York Daily News. Brooke says that Trump then demanded a front-page story “tomorrow” and was told it would need to include “murder, money or sex.”

Donald fired back: “Marla says with me it’s the best sex she’s ever had.” Nachman’s face lit up like a firecracker. “That’s great!” he said. “But you know I need corroboration.”

Here’s where Brooke says it gets fishy:

“Marla,” Trump yelled into the background. “Didn’t you say it’s the best sex you ever had with me?” From a distance, we heard a faint voice: “Yes, Donald.” Only years later did we learn that Trump sometimes impersonated voices to reporters. I still can’t be sure whether the voice in the room was really hers.

As she mentioned, Trump has been known to pretend to be a publicist to brag about himself to reporters in full phone conversations. So, in retrospect, a “Yes, Donald” — not to mention some other related things in this scenario — probably wouldn’t be too difficult to fake.