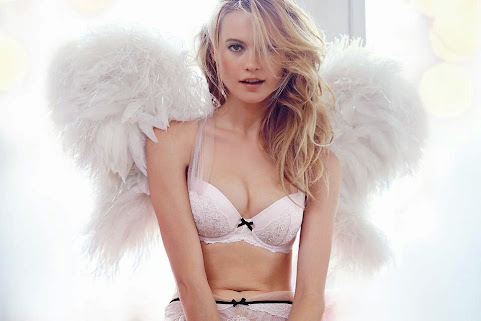 We share just a bit of news perspective following a violent evening and GOTV campaigning kicking into high gear, seemingly oblivious to the reality of local life whilst making big election season promises.

KANSAS CITY, MO (KCTV) - Police are investigating a shooting Sunday morning. The Kansas City Police Department was called to the 100 block of Bellaire Avenue for a shooting call just before 7:30 a.m. When they arrived at the location, they located a male that had been shot.

JACKSON COUNTY, Mo. - The Missouri Highway Patrol says a two-vehicle crash just after midnight Sunday killed a 9-year-old boy and left three other people hurt. A crash report says this happened at 12:10 a.m. in the area of U.S. 50 and Lovers Lane, close to Lone Jack.

4 displaced by fire at apartment complex in Overland Park

OVERLAND PARK, KS (KCTV) -- Four people were displaced following a fire at an apartment complex in Overland Park today. According to the fire department, it happened just after 6 p.m. in the 7800 block of England St. at Village View Apartments.

Elsa Hosk is keeping stylish through her pregnancy. The supermodel stepped out in show-stopping pair of Louis Vuitton x Nigo Giant Damier jeans, as she posed for a couple photos on the streets of NYC in a Sunday Instagram post.

"President Trump actually has always said ... as far as the key elements are concerned, the checks, the unemployment assistance, the small business assistance -we have got to help airlines out - he would go further," Kudlow added. "So, I think Secretary Mnuchin, who is a very good negotiator, will be carrying the president's message," Kudlow added.


Push Back Against Veep

Trump declares himself 'immune' to Covid-19. His doctors won't say when he last tested negative.

President Donald Trump on Sunday said he may have the "protective glow" of immunity from Covid-19 although it remains unknown when he last tested negative for the disease. In an extensive interview with Fox News' Maria Bartiromo, Trump claimed he "beat" the novel coronavirus, passing the "highest standards" for proving so.

Dr. Anthony Fauci did not consent to being featured in a new advertisement from the Trump campaign touting President Donald Trump's handling of the coronavirus pandemic. Instead, the nation's leading infectious disease expert told CNN his words were taken out of context.

WASHINGTON (AP) - Supreme Court nominee Amy Coney Barrett vows to be a justice "fearless of criticism" as the split Senate charges ahead with confirmation hearings on President Donald Trump's pick to cement a conservative court majority before Election Day.

2:22 PM ET John KeimESPN Staff Writer Close Covered the Redskins for the Washington Examiner and other media outlets since 1994 Authored or co-authored three books on the Redskins and one on the Cleveland Browns LANDOVER, Md. -- For the first time since suffering a gruesome injury two seasons ago, Washington Football Team quarterback Alex Smith returned to the playing field.

Story and photos by Jill Draper Bicycle sales and repairs are booming across the country. With the halt of many sports due to the pandemic, bike riding has become an increasingly popular activity for all ages. Two south Kansas City shops, one a longtime establishment and the other a new dealership, are thriving.


Autumn On Its Way

Hide Transcript Show Transcript KATIE: IT IS JUST AMAZING. WE CONTINUE TO MONITOR THE RAIN FROM DELTA AS IT IS MOVING NOW TOWARD THE NORTHEAST BRINGING RAIN TO MANY OF THE STATES IN THROUGHOUT THE DAY. OUR WEATHER FEATURE IS GOING TO BEHIND THIS WARM FRONT TODAY.

Joan Osborne - One Of Us is the song of the day and this is the OPEN THREAD for right now.

Alex Smith is at least worth cheering for.

Where are the pics of this huge Biden parade?

Those bicycles will be great in the snow!


Joe Biden doesn't even know what he is talking about. He's saying that it's unconstitutional for the sitting President to fill a Supreme court Justice seat?? No wonder Joe Biden did a video calling himself dumb, he is right on that. He's dumb as hell.

"Trump declares himself 'immune' to Covid-19. His doctors won't say when he last tested negative."

And let's hope those who attend his rallies believe the same and don't vote early!

4:06. You should stay in your house. If
you get Covid you will die. Be afraid, very afraid. Make sure you triple mask. In your case 4 are
recommended. Also, rubber gloves are
good too. Oh yeah, don’t forget your goggles.

Shhh @5:09, don't let the Democrats know that tinfoil hats are the real defense against Covid.

@2:40, every Republican in Washington said it was in 2016, when Obama nominated somebody NINE MONTHS BEFORE THE ELECTION!

And remember to put four masks over your ass because it smells and is constantly giving off methane and destroying the Ozone Layer.


Trump kicked COVID's ass so much that the virus thought it accidentally attacked Chuck Norris.

GTFOH Trump had an entire floor of Walter Reed and 8 doctors working on his low load C19. That handsome doctor won't disclose if he still has it or not. Never the less our President is Patient Zero Super Spreader