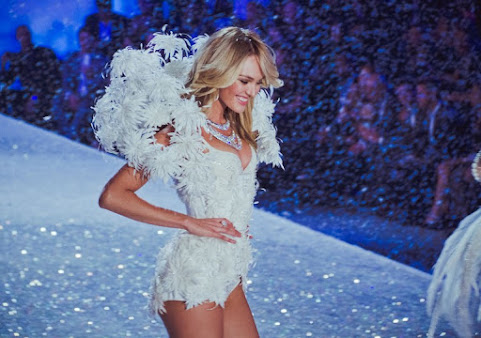 Once again this town gets ready for garbage streets and spin from politicos about their FAIL to prep for routine maintenance. And so, inspired by angel Candice, we check community news, pop culture and top headlines . . .

KANSAS CITY, MO (KCTV) - Kansas City officials say they are prepared for the first anticipated snowfall of the season. A Kansas City, Missouri, Public Works spokeswoman said they are monitoring the forecast and as of right now, they will have a bridge frost crew reporting Monday morning to treat bridge surfaces.

Being a very small child in a pandemic has its advantages. My son recently turned 4. He gets that germs are spreading, but he thankfully doesn't grasp the magnitude of the world's problems. He likes costumes, so masks are fun. Give him a stick and a patch of dirt and he'll be happy for an hour, maybe two.

KANSAS CITY, Mo. - A COVID-19 drive-thru testing event in Kansas City, Missouri, has been canceled. The KCMO Health Department said in a tweet Sunday afternoon that the event at Friendship Baptist Church, 3530 Chelsea Drive, will be rescheduled due the weather forecast.

Candice Swanepoel Breaks The Rules In A White Bikini And Boots

Victoria's Secret Angel Candice Swanepoel proved she can get away with wearing white after Labor Day as she broke the rules in a new Instagram upload. The star stunned in a bikini and chunky boots for a black-and-white snap shared by her swimwear line, Tropic of C, on October 21.

In Waning Days Of 2020 Campaign, Trump Tries To Recapture 2016 Mojo

Hope Hicks, one of President Trump's closest aides, threw up her hands up into the shape of a "Y" as she danced her way back to the stairs of Air Force One.

Health policy specialists questioned White House officials' claim that federal rules on essential workers allow Vice President Mike Pence to continue to campaign and not quarantine himself after being exposed to the coronavirus.

WASHINGTON - Democrats facing the prospect of a Supreme Court tilted 6-3 in favor of conservative justices have a number of rejoinders to consider if they win the White House and full control of Congress next month.

The Senate voted 51-48 Sunday afternoon to limit debate on the Supreme Court nomination of Judge Amy Coney Barrett, setting up a vote on her confirmation for Monday evening. Sunday's vote limited debate over President Trump's court appointee to 30 hours, meaning the full Senate will be able to hold a confirmation vote Monday beginning at approximately 7:26 p.m.

Wilton Gregory, Washington DC's archbishop, is among 13 new cardinals to be nominated.

Homegrown - Galleries On The Grid: Investing In Local Fine Art

Of all the hats I wear, the most similar jobs I have are motherhood and the director of the Prairie Village Art Show. For both roles, I take a "learn as I go" approach. Each job is challenging, underestimated, and, most importantly, fulfilling.

KANSAS CITY, Kan. - FOX4 and The University of Kansas Health System teamed up for this special presentation to show you the future of cancer treatment and how it will benefit patients in the Kansas City area. The treatment is called "Proton Beam Therapy" and it's coming to the health system and the KU Cancer [...]

TO BATTLE THE FLAMES. WE'RE EXPECTING SNOW HERE AT HOME, AS WELL. METEROLOGIST NEVILLE MILLER HAS OUR TIMELINE, YOU ARE WATCHING THE SNOW AS IT MOVES OUR WAY. NEVILLE: THE HEAD -- THE SNOW IS HEADED TOWARDS COLORADO RIGHT NOW. , THERE IS A SNOW AND THEY NEED THE MOISTURE OUT THAT WAY BECAUSE THEY ARE DEALING WITH THOSE WILDFIRES.


As a former Catholic, the altar boy abuse and cover-up drove many Catholics away. What the Priests and Bishops did was sinful and many of us did not want to support such behavior.

Now that Pope Francis is advocating for gays to marry in the church and other Marxist B.S.; that should be the final nail in the coffin for the Catholic Church.

True. Homophobic bigots will have to join the late Rev. Fred Phelps' band of merry imbeciles or a group similar to it.