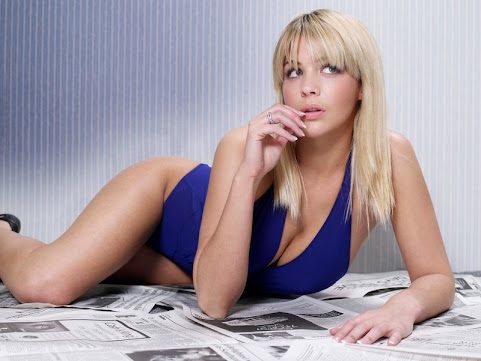 The so-called paper-of-record publishes an ironic bit of journalistic advice this morning that seems to be compensating for election time criticism of the mainstream narrative.

Remember, professional journalists with established news outlets base their reputations on the reliability of what they report. The news business is highly competitive, so legitimate sources have a huge incentive to get things right. If multiple newsrooms are reporting the same story in a similar way, it’s likely to be based in reality.

A single social media account, especially one whose sources are not disclosed, deserves much more scrutiny when it is sharing a story not corroborated by others.

Check the historic 2020 murder count and notice THAT EVERY OTHER NEWS OUTLET IN KANSAS CITY DISPUTES THE STAR'S IMAGINARY NUMBER.

By their own standards, the newspaper's reporting on the most important issue in Kansas City in 2020 merits at least a few "false" warning signs.

And that's just the start of their contradictions which don't begin to take into account the truly humorless publication read mostly by a shrinking contingent of equally magisterial subscribers quivering behind a paywall.

The paper is the very bird cage liner in Kansas City.

Well now, ain’t that the pot calling the kettle black!

The state of "Journalism" today, is personified not by Jack Off Jeffrey Toobin, but the circumstances surrounding last week's "incident" on that no famous ZOOM call.

Jeff and the 'objective' "just the facts mam" journalist cognoscente at CNN were literally role playing in anticipation of that day's broadcast which they hoped would shape the "Narrative" in the direction of the election of Joe Biden. Ignoring the voluminous, incontrovertible, irrefutable evidence of malfeasance, treason and crimes committed by their preferred candidate, they "role played" different positions in anticipation of refuting the facts of the scandal and your "Lying" eyes.

Essentially they were metaphorically jacking each other off, no doubt hoping for another Pulitzer. At least Jeffrey Toobin was honest enough to actually get his dolphin out and start flogging it.

These are now the new categories for awards for the Pulitzer in 'Journalism'.

The "Gotcha" "When did you stop beating your wife?" interview/question (Pursued frenetically and fanatically by salt of the earth talking heads with the flipper baby IQs of Mazie Hirono every minute of every day in a fevered expectation of a win that never comes.).

The "Ignorance Is Bliss" award to the highest profile main stream media reporter who throughout the year, insists that everything, Covid, weather, knee injuries in the NFL, sink holes on Wornall, the flights of birds, EVERYTHING IS BECAUSE OF RUSSIA!!!!!!!!!!!!!!!!!!!!!!!!!!!!!!!

The "Progressive Presdigitational Award for Ignorance With A Straight Face". This award will encompass the ability to sell media consumers on ideas like the "New Green Deal", Pretending Natural Gas is bad, eliminating internal combustion cars, worrying about cow farts, switching back and forth on issues like #metoo depending on who got caught with their dicks out (Fuck off Tara Reid, you liar!!! We DON'T BELIEVE YOU!) and of course, calling violent riots, looting, assaults and arson, on camera, in front of the violent riots, looting, assaults and arson, "Peaceful".

Finally, the "Jeffrey Toobin Jack Off" award for the intrepid 'journalist' who actually gets his dick out when a bunch of jack offs who think they are journalists, role play to promote specified narratives and then go on TV pretending they are "objective".

Now THAT, is propaganda of the deed.

Gosh, Chuck/Rocker/Bandit, for someone who despises the Star as much as you claim to, you sure are familiar with all the staff, most of us just ignore the whole damned thing.

whatever happened to that white Coon kid that was set on fire by racist coons?

That was an election year too!

THE STAR IS FAKE NEWS

"Remember, professional journalists with established news outlets base their reputations on the reliability of what they report. "

The Kansas City Star does not comply with their own definition of "professional journalists".

The Editors of the Red Star are so out of touch with reality and their very own paper.

this year sociologists have learned the public reaction to a white woman reportedly dying in a police related incident is about nil.

If you want to avoid false news then stop reading the Star. Oh wait,
most people have, that's why the Star is failing.

Learned a new word to today from Chuck: cognoscente - noun -
a connoisseur; a discerning expert.
"the art historian as professional, expert, cognoscente, and aficionado"

The Star doesn't employ professional journalists. They're just mouthpieces for the DNC. Real journalists are objective.

7:52 it is called overcompensating

Speaking of fakes, where is Baby Burt these days? Did he get tangled in one of his Depends?

7:44, the amazing thing is they believe that nonsense. That reality is so warped that it explains all the other nonsense that they believe.

HEY LOOK TONY THEY MENTIONED YOU!

The Star will report Fake News when it endorses Joe Biden Inc .Corruption Incorporated.AND they will say He,is the Best choice .and he can't Remember who the President is GEORGE COME ON MAN.