Kansas City Snow Day Back To The Grind 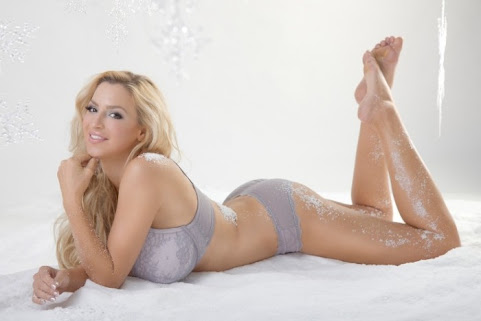 Most of the morning news cycle is dedicated a great deal of repeat weather coverage that might not be useful considering fewer commuters on the roads amid coronavirus.

Still, inspired by the legacy of hottie Jordan as she makes the transition to yoga/fitness guru via Instagram. We share a variety of newsie options in order to expand the horizons of our blog community with a collection of pop culture, community news and top headlines.

A wintry mix with the first snowflakes of the season has started to fall across the Kansas City area.Sleet turned to snow in the early hours of Monday morning. Road crews across the area are monitoring conditions in case streets start to become slick for the morning commute.

Anthony Madry has been principal of Central High School in Kansas City since June 2016, but he understands his role more broadly than his title. "I'm the principal of the neighborhood, not just the school," Madry says. "And this community is starting to come together."

The 2020 presidential election is on pace to see high turnout across the Kansas City metro. Combine that with the need for more, larger polling locations due to the COVID-19 pandemic and there was concern about having enough people to work the polls.

10 years of Instagram: how it has transformed our lives

This October marks 10 years since the launch of Instagram. Tech journalist Sarah Frier looks at how it went from a tiny startup to a multi-billion dollar business, and the impact the social media company has had on our lives

"That's all he texted back. He was always so convinced we were going to win and I think he has the same confidence right now," recalled Short, who now serves as the vice president's chief of staff. Pence, a movement conservative with presidential ambitions of his own, is approaching the current race with similarly outsized optimism.

Former Secretary of State and Democratic presidential nominee Hillary Clinton said the thought of President Trump winning reelection makes her "literally sick to my stomach" on a podcast released Monday. "I can't entertain the idea of him winning, so let's just preface it by that," Clinton told journalist Kara Swisher while a guest on her podcast.


From Russia With Love

MOSCOW - Russian President Vladimir Putin said on Sunday that he saw nothing criminal in Hunter Biden's past business ties with Ukraine or Russia, marking out his disagreement with one of Donald Trump's attack lines in the U.S. presidential election. Putin was responding to comments made by Trump during televised debates with Democratic challenger Joe Biden ahead of the Nov.

The 2020 campaign closes on the coronavirus

WASHINGTON - The October surprise in this presidential election hasn't been the Supreme Court vacancy. Or Hunter Biden. Or what Joe Biden said at Thursday's debate about transitioning away from oil. Instead, it's been the coronavirus. The month began with President Trump testing positive and being flown by helicopter to Walter Reed.

WASHINGTON - Judge Amy Coney Barrett is poised become the ninth justice on the Supreme Court on Monday, solidifying a 6-3 conservative majority on the high court that Democrats warn could have lasting impacts on the nation's health care and rights for individuals.

The Lyric Opera of Kansas City's newest venture, which will undoubtedly please their loyal patron base, is "Opera in Eight Parts," a sort of hybrid recital/tasting menu which introduces the major points of opera's development from the 16 th into the 21 st century.

The battle between long time division rivals wasn't much of a competition on Sunday as the Kansas City Chiefs completely dismantled the Denver Broncos by a final score of 43-16. The game was never particularly close and the Chiefs ended up walking out of Mile High with what is now a 10-game winning streak against the Broncos.

Snow will begin early Monday morning, our first snowflakes of the season Accumulations are likely with a dusting to 3" in our forecast Another storm is likely later in the week, but that one is mostly rain KANSAS CITY'S MOST ACCURATE FORECAST Tonight: Drizzle before midnight with wet roads.

Hozier - Movement is the song of the day and this is the OPEN THREAD for right now.


Look at Mahomes and his big mouth. so has he done anything for his black community? After all he goes through great lengths to show off with his kneeling and locking arms with his fellow trouble makers. Come on Mahomes put your money where your big mouth is.

Hillary pic:
Reminds me. I noticed blood in my shit this morning. Better get that checked in to.

In an intersection of two of your articles, today is Hilary’s birthday, and Mitch is going to give her Amy Coney Barrett’s confirmation as a nice birthday present.

^^^dafuq are you talking about.

^^Sounds just like you. And I'll bet that you're a fag too.

That's okay, Trumpsters, but the only song you have to sing is that a huge number of people are out here in the Real World pretending to be Biden supporter when they're really going to vote for Trump. Good luck with that.

Rudy Giuliani and Steve Bannon sank Trump's last chance when they jumped the gun on the Campaign's efforts to get the WSJ to publish something, and dragged out the ancient Russian-created (and already discredited) Biden/Ukraine crap that they tried to use during the Mueller Investigation. They now tried to claim the shit came from "Hunter's" laptop, when it was the exact same fakery Rudy said was given to him by "Ukrainian Officials" back in 2017 when he was screwing around over in Kiev and Moscow.

They blew any chance that the Journal would publish the story the Campaign was trying to create, and killed Trump's last shot, because no reputable journalist would touch anything that had Breitbart's stench on it.

Shot down Trump, and probably threw the Senate Majority out the window.
You can't gerrymander an Electoral College victory in Senate races, and even if the GOP can finagle a Trump win, without the Senate to protect him, he's facing a second Impeachment on new charges after the blatant robbery of US tax money he and his kids have been pulling off.

I'm sick to my stomach at all the Chiefs hype and the media daily shoving what Hillary has to say in our faces.

^^Then by all means kill yourself geezer! We’re all sick of you constant crying. Chiefs rule, you drool!

Um, no. Senate investigations are underway regarding the alarmingly clear evidence of wrongdoing in the perpetators' own words. Stop trying with the Russia hysteria as a deflection. Despite the best efforts to kill the story, the Streisand effect is in full effect and the story continues to grow. And there is more to come.

Biden is in huge trouble, not just from these scandals but from his own clear cognitive decline. Not to mention his total fumble on shutting down the oil industry.

10:52-your Mommy let you out of the basement to watch the game? I heard you were at KCI last night offering wristies to all the Chiefs players.

No way that big-hooted hottie Jordan can be an effective yoga influencer. Those casabas will ruin her form. It's just another opportunity to give a respectable air to showing off them tatas.