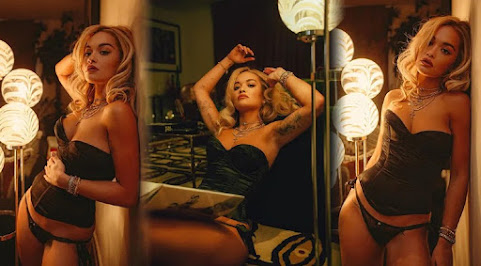 This week's episode of the Northeast Newscast explores some common misconceptions about voting in Kansas City ahead of the November 3 election. Shawn Kieffer, the Republican Director of the Kansas City Election Board (KCEB), discusses what KCEB does, what not to forget when absentee voting, how COVID-19 has changed Missouri's voting requirements, shares how often polling equipment gets tested, and where to find voter education resources ( kceb.org).


EPIC Voting Drive In The Dotte

ARE MAKING SURE PEOPLE IN WYANDOTTE COUNTY GET REGISTERED, JUST DAYS BEFORE THE KANSAS DEADLINE. KMBC 9'S KELEIGH GIBBS TALKED TO THOSE IN CHARGE. ARE YOU READY? FOUR CARAVANS STARTING WITH A POLICE ESCORT.

Once the first car dealership in Independence, now vacant warehouse burns down

INDEPENDENCE, Mo. - A warehouse fire woke dozens in an Independence neighborhood early Friday morning. The vacant building, located at E. Truman Road and S. Harris Avenue, went up in flames around 6 a.m. The massive fire quickly spreading and at one point shut down a portion of Truman Road.

Biden Says 'Chicanery' at Polls Is the Only Way He Could Lose U.S. Election

ERIE, Pa. (Reuters) - Democratic U.S. presidential nominee Joe Biden said on Saturday "the only way" he could lose to President Donald Trump was through "chicanery," before clarifying that he will accept the election result.

'A moment to put country above party': Biden makes appeal to disaffected Republican and independent voters

Joe Biden is making a clear attempt to appeal to disaffected Republicans and independent voters in the final weeks of the election, promising he'd be a president that would work hard not just for those who support him, but also for those who do not.

The CDC says that most patients should isolate for at least 10 days after the start of their symptoms, and can end isolation at or beyond that point when their symptoms ebb and they have gone at least 24 hours without a fever.

Amy Coney Barrett, President Trump's nominee to replace Ruth Bader Ginsburg on the Supreme Court, signed on to an ad that labeled the landmark Roe v. Wade ruling legalizing abortion as "infamous" in 2013, according to Bloomberg. Barrett previously omitted information revealing that she had signed on to an anti-abortion ad in 2006.

'Latinos for Trump' hold a massive anti-communist caravan in Miami

Thousands of cars filled with Cubans and other Latinos took part in the 'Anti-Communist Caravan for Freedom and Democracy' in Miami on Saturday Various reports estimate somewhere between 20,000 to 30,000 cars in attendance for the caravan Demonstrators had flags for and signs for Trump's reelection, along with Cuban flags

"Striking" is the first word that comes to mind when you step foot inside The American Reserve restaurant in the Power & Light District. This upscale cocktail lounge and restaurant is located inside The Ambassador Hotel - Autograph Collection and features beautiful marble tabletops, an inviting bar and high ceilings to help set the mood for a romantic dinner.

When a 6-year-old Kansas City boy said he wanted to help the homeless, his mom said OK."They're for the homeless," said Trinidad Salazar, as he carried bags of items to Westside Community Action Network.His mother said it all started when the family was driving down the road and Trinidad saw

Another summer-like day ahead as temperatures return to the low to mid 80s this afternoon. Delta continues to weaken, but will make no impact on our weather here, with the exception of a little more cloud cover for areas farther south and east. Temperatures tonight return to the upper 50s and low 60s.


some good footballs games on tonite..

speaking of football..why does the MSM never question how Creepy Joe could play four years of football for his rich-kid HS ..

Seems Joe Bidet didn't "put country" above his own scams

Where is the story of Stacy flipping out screaming in the street downtown today?

Where she was threating parents and kids saying they know where the live and go to school at.

Where is all the news coverage on that?

I believe everything the White House doctor says. Except when he's speaking.

11:46: Right with the coverage of the Easter Bunny and the "war on Christmas." Under your tinfoil hat or maybe on QAnon.