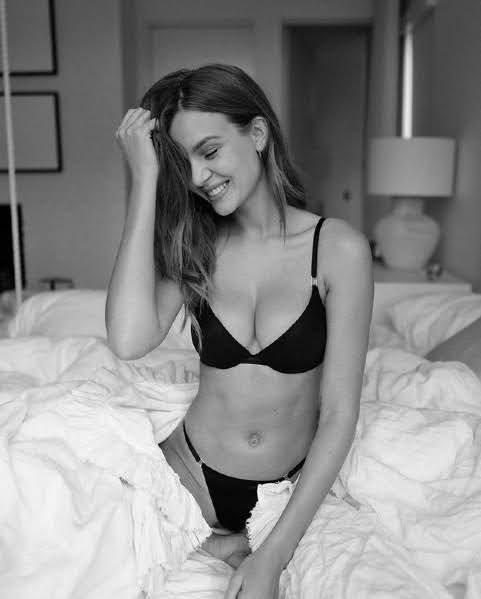 This morning hottie Josie and her body of work inspire a peek at pop culture, community news and top headlines.

KANSAS CITY, Mo. - Ahead of an historic election, Jackson County has processed thousands more absentee ballot applications than the last three presidential elections combined. Corey Dillon and Tammy Brown, directors of the Jackson County Election Board, said Friday that the county has processed over 3,000 more absentee applications than it did in 2016, 2012 and 2008 combined.

It's been a week since a house fire in Kansas City's northeast area took the lives of two brothers. KMBC 9 spoke with their niece about how the family is celebrating their lives and helping each other cope with the unthinkable loss. Photos pasted to a poster board give a snapshot of two lives that ended unexpectedly.

INDEPENDENCE, Mo. - Deadlines to request a mail-in ballot or have an absentee ballot mailed to you have passed in Missouri. So what do you if you're immunocompromised or, worse yet, test positive for COVID-19 between now and the election? Jackson County just resolved that problem Thursday and will host special voting hours for COVID-19 [...]

Related: Candice Swanepoel's Victoria's Secret Fashion Show Fitting We love these products, and we hope you do too. E! has affiliate relationships, so we may get a small share of the revenue from your purchases. Items are sold by the retailer, not E!. 'Tis the season to look and feel your best.

Daily Covid-19 cases will hit six digits soon, expert warns, as US reports a one-day high of more than 83,000 infections

The US just marked a harrowing milestone: It recorded its highest one-day number of Covid-19 infections Friday at more than 83,000 -- more than 6,000 higher than the country's previous record set in July.

Fauci says if people won't wear masks, maybe it should be mandated

NIAID director Anthony Fauci told CNN on Friday evening that if "people are not wearing masks, then maybe we should be mandating it." Why it matters: Fauci made the comments the same day the U.S. hit its highest daily COVID-19 case count since the pandemic began.

100 Million Ballots, But Experts Say 'Heaven And Earth' Being Moved For Election Mail

subscribe to The NPR Politics Podcast podcast With November 3rd, the last day of the presidential election, rapidly approaching, officials with the U.S. Postal Service say they have already processed a record amount of election mail this year. The coronavirus pandemic has pushed many more voters to send in their ballots by mail.

The blame game is heating up as it becomes increasingly clear there will be no new COVID-19 relief deal before the elections. Even as party leaders inch closer to a deal on another huge package, both sides are girding for the near-certain prospect that it won't be enacted before Election Day.

A C-SPAN caller strongly suggested Friday that he is "leaning" toward voting for President Trump due to the lack of mainstream media coverage of the growing Hunter Biden controversy. "Washington Journal" host Pedro Echevarria accepted a call from an "undecided" voter named Jimmy in Maine, who began by saying he liked Joe Biden on "medical" issues, but preferred Trump on "the economy and foreign policy."

by: Travis Meier Posted: / Updated: KANSAS CITY, Mo. - Punter Dustin Colquitt, who played for the Chiefs for 15 years, has been released from the Pittsburgh Steelers after signing with the team less than two months ago. The team announced the player's release in a tweet about changes to their roster.

Hide Transcript Show Transcript TO MOST LIVE PERFORMANCES. THIS VIRTUAL PERFORMANCE IS SET TO TAKE PLACE ONLINE ON DECEMBER 18. LARA: IT'S BEGINING TO LOOK LIKE CHRISTMAS AT UNION STATION. WORKERS ARE SETTING UP THE GRAND PLAZA WITH HOLIDAY DECORATIONS. THERE WILL BE MORE TREES AND MORE LIGHTS THIS YEAR.

Today is a StormTrack 5 Weather Alert Day. We are tracking a 60% rain chance early Friday morning with much colder air and highs only in the 40s today. Stay connected with us at KCTV5 NEWS. Copyright 2018 KCTV (Meredith Corp.) All rights reserved.

Of Monsters and Men - Visitor is the song of the day and this is the OPEN THREAD for right now.

The doc is right!


2016 Dr Fauci; There is going to be a pandemic during the Trump administration.
Dr Fauci is a son of a bitch and he is a liar. Anyone who believes this quack is sick. Can't you see what they are doing? How did Fauci know that pandemic was coming. Wake up people. There is a virus but think about how it happened and why it happened.

I wonder where Dr. Fauci thinks the federal government has authority to mandate that American citizens and residents wear masks or buy health insurance or cabbage. After a lifetime of working behind the scenes, suddenly he's a celebrity, and with that status comes a visceral need to tell everybody what he thinks.


Why didn't the "medical expert" Dr. Fauci and his National Health Institute and CDC did not have the country medically prepared for a pandemic?

Fauci is a joke and a government bureaucrat.

The guy hasn't practiced medicine in 50 fucking years but instead sits behind a desk whacking off like most government bureaucrats.

Several friends regret voting early as they learned of Hunter and Joe Biden and accepting Russian money while having no job skill sets.

They were not allowed to get their ballot back- so they are encouraging others to vote against the Russian-Bidens and assume the Russians paid off the American Press media.

Millions have been raised thanks to the Hunter Biden anti-American activities.

If Biden is elected - look for articles of Impeachment on Day 2. Hunter should be in jail as well as Joe unless Harris pardons both Biden.

America should NEVER accept the Biden Presidency and the Military never will.

Sadly the military is politicized.

It's going to be up to the citizens of America to save our country just like the American citizens of 1776.

Nice job on the hottie pic, Tony. That's Josephine Skriver. What's not to like? She's a bit skinny, but there's nothing wrong with skinny, big boobs, and a mischievous smile. A lovely young woman.