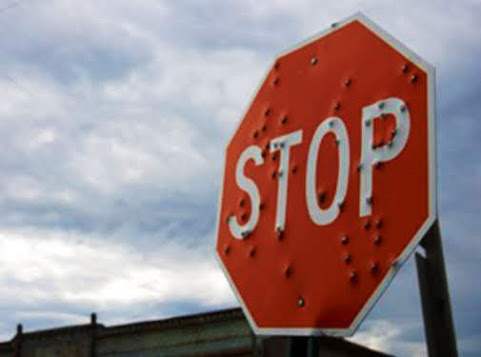 It seems that a suspicious death on the south side was ruled a homicide this morning given the latest edition to the tragic Kansas City murder count.

THE KANSAS CITY HOMICIDE TOTAL NOW STANDS AT 146 AND OCTOBER WILL SEE THIS COWTOWN BREAK AN ALL-TIME MURDER RECORD!!!

The latest local killing was documented just moments after a mostly useless anti-crime push wherein the only thing participants could agree on was a misplaced disdain for police. To be fair, the po-po torpedoed the event earlier that day given far more pressing budget concerns that could eliminate 400 jobs from the KCPD in the midst of this historic crime spike.

Accordingly, the murder count at 146 represents 28.07% uptick in killing over last year when there were only 119 homicides documented at this date on the calender.

Right now KCMO is only 8 murders away from breaking an ominous record.

Sadly, campaign 2020 politics represent a much bigger priority to locals and our suburban neighbors only use this primarily urban stat to gloat at the demise of a "Democrat-run city" whilst ignoring the steadily growing rates of violence and deadly crime in their own backyards. Meanwhile the ongoing culture war provides a distraction from most local concerns as the threat of more civil unrest, another round of the pandemic and a post-election nightmare loom over the entire nation.

I don't think our suburban neighbors are gloating, they're downright celebrating because it justifies the suburbs. People want to live in safe communities. That life is nowhere to be found in KCMO.

^^^ Yet, there is also crime in the suburbs and the housing prices are even worse and schools are overrated. Weird.

Welcome to ANOTHER Democrat run city, where white guilt "Peter Principles" unqualified, uneducated and racially preoccupied black politicians into positions where they can divert public money into pet projects and insane BLM/Progressive initiatives that undermine and destroy the city's economy.

Now, we will all derive the benefits of their labor as we deal with, on a daily basis, the violence and mayhem created by criminals who are "Turning their lives around".

Keep in mind, that Democrats will NEVAR admit this, so any physical resistance to the thugs who in our leader's views are really just acquiring "Reparations" when they murder, rape and steal, will see YOU in the dock in front of a liberal judge for defending your life, family and property.

See how that works?


Well when you have a racist mayor that belongs to a black supremacy group, and a racist career congressman who burns down houses, what would anyone expect for this city?

Still better than living on a dirt farm in rural Missouri.

14 If my people, which are called by my name, shall humble themselves, and pray, and seek my face, and turn from their wicked ways; then will I hear from heaven, and will forgive their sin, and will heal their land.

Whites are so supreme over blacks that a white man can force blacks to shoot and kill each other in record numbers.

Blacks are so fragile and inferior they literally cannot resist the white man's authority over him that a black will go out and shoot and kill another black for such things as a pair of shoes.

Rural Kansas and Missouri is nice.

No burning of town squares or looting.

Maybe one murder every 50 years.

Farmers invest huge amounts of money into their farms each year but have a small % profit due to firms like Goldman Sachs controlling the commodities market.

Farmers are businessmen, mechanics, laborers, welders, and vetinarians all rolled into one.

^^and yet you're on a blog about KC, so they must not be all that. Rube. Weird.

You're about to break a record, which means this isn't new. It's happened before. Think about it: The fact that there is a record & you haven't reached it yet means there was a year that was at least, if not worse, than this one. More people died from the Spanish Flu, than died from the corona-virus. So, that's not a record, either. We've been here before. We even made the same mistakes then that we are making now. We even blamed the Flu on the Spanish, when it originated here. This isn't even our first constitutional crises, nor the first time we've been troubled by white supremacists.

What's new is 24/7 news, so we hear about it constantly, but eventually, we will get past all of this. This isn't the Great Depression or the Second World War. This is kid stuff compared to what other generations endured.

Don't panic: You can always do it later.

Woo hoo, 145. Not bad for a shithole full of third rate ghetto hood rats who get coddled by Jean Petersucker Baker.

Meanwhile, in the major leagues, Baltimore has 249 murders and Chicago has 604. St Louis has 206.

possibly the rural areas are better. i usually notice dirty floors in some public establishments - probably farm dirt mixed with livestock residue for the most part would be the worst of it. mix that with possible covid 19 germs on one's shoes from the big city things could get nastier.

Then he went up from there to Bethel; and as he was going up the road, some youths came from the city and mocked him, and said to him, “Go up, you bald head! Go up, you bald head!” So he turned around and looked at them, and pronounced a curse on them in the name of the Lord. And two female bears came out of the woods and mauled forty-two of the youths.

^^are you retarded? Seriously. Look into that.

No one whose testicles are crushed or whose male organ is cut off shall enter the assembly of the Lord.

No wonder democrats hate religion. They have no balls!

you know they wrote all of that when the world was flat don't ya"?

Don't get mad Chimpy. Everybody knows you don't have balls.

^^Oh Chimpy lover, here you are again with him on your mind. He lives in your head rent=free and continues to own you. Remember there is no you without him! Now dance some more for us monkey-boy!

12:39 and yet you’re here all day everyday with nothing to add, you must be a member of the despicable dimwit party who adds nothing to life. Why don’t you go chase a parked car, I hear you people are good at it! Hahahahaha!

And the black on black murder that the drunk gay bastard lickass refuses to address goes on and on and on.........

But hey, mayor dumbass has been promoting a new plan to save all of us, it’s his latest and greatest plan, it will save the world! It’s called his “just snitch” plan! Hahahahaha!

I REALLY don’t care anymore! Really really don’t. Neither do our elected officials or they would put some teeth behind those empty words, block walks, balloon releases and prayer vigils.

You need new stuff Chimpo! This is lame. Is this really your best? You stole it from Bandit!!!

Answer to your name some more, monkey slave! Lol

^^Oh Chimpy-lover, you once again beg for your master's attention! He continues to reside rent-free in your head. Continue your monkey-shines for us!

at least people are out thee killing rapist

KCMO homicides are NOT a problem, but let me tell you about HAIR DISCRIMINATION!