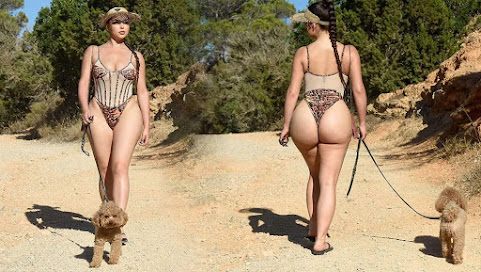 Right now hottie Demi and her promo goodness inspires this peek of at pop culture, community news and top headlines.

KANSAS CITY, Mo. - With four weeks left until the upcoming election, the National WWI Museum and Memorial announced Tuesday it will be used as a polling location for some voters on Nov. 3. Residents who live in Ward 1, Precinct 6 in the Kansas City, Missouri, area qualify to vote at the museum, according to a press release.

JEFFERSON CITY, Mo. - Governor Mike Parson and First Lady Teresa Parson have fully recovered from COVID and are back to their regular schedules. According to a spokeswoman for the governor, employees from the governor's office, mansion, and the Missouri State Highway Patrol Governor Security Division were tested for the virus after the Parsons tested positive.

Even as some of the state's largest districts reopen, most Kansas counties have such a high rate of new coronavirus cases that they have moved into the red zone on a key state benchmark that suggests schools consider putting the breaks on in-person classes and sports.

Scroll for the video action. Demi, who landed in the exotic Maldives earlier this month and documented her travels starting with her airplane Pret-A-Manger, had posted during cocktail hour - and a golden cocktail hour. The Birmingham, U.K.

President Donald Trump, in a surprise move Tuesday, announced that he was calling off talks with House Speaker Nancy Pelosi on passing a new stimulus package until after the November election. "Nancy Pelosi is asking for $2.4 Trillion Dollars to bailout poorly run, high crime, Democrat States, money that is in no way related to COVID-19.

Stocks took a dive Tuesday afternoon after President Donald Trump said he ordered an end to stimulus negotiations until after the November election.

Twitter hid an identical post saying virus was less lethal than the flu season in most populations.

Stephen Miller, a top aide to President Donald Trump, tested positive for Covid-19 on Tuesday, according to a person familiar with the matter. Miller, a senior adviser to the president with a wide-ranging portfolio in the White House, joins Trump's wife, press secretary, campaign manager, party chair, counselor and numerous other staffers who have tested positive for the coronavirus.

Facebook said Tuesday that it is banning all QAnon accounts from its platforms, a significant escalation on its previous action and one of the broadest rules the social media giant has put in place in its history.

KANSAS CITY, Mo. - Kansas City Chiefs quarterback Patrick Mahomes and his foundation are going all-in on voter registration and activation ahead of the 2020 general election. The reigning Super Bowl MVP and his foundation, 15 and the Mahomies, reportedly made a sizable donation to turn Arrowhead Stadium into a polling place on Nov.

Bashaud Breeland is officially back with the Chiefs

Kansas City Chiefs cornerback Bashaud Breeland is back with the team, as made official by the league's transaction report on Tuesday. Breeland missed the Chiefs' first four games serving a suspension stemming from a violation of the NFL's substance-abuse policy.

Tax breaks for his billionaire friends but I can't even get a lousy check? Fuchs him.

Fuck Facebook and the commie little fag ho runs it. Funny how many are spending money right and left on things and companies are looking for help. Trump's right deal with this after the election to much time has been wasted on it in the house anyway. Pelosi and her gang of idiots wanted to much money to give to loser cities like San Fran and Portland to name a few.

Trillion dollar Tax breaks ain't the half of it, in March(?) Swampy corporate whore Trump was delighted to give 2.6 trillion free socialist dollars to his rich swamp friends. The rest of us got 1/6 as much to split up between 300 million of us. Now the whore says no more for us.

Talk to Nasty Pelousy about your gubmint handouts. She's the one that won't budge. If you want money get a job bum!


Keep an eye on that baby when it is born. I'm sure it will be abused and if so call the child abuse hotline and get that child removed from the home. These people are crazy, Mahomes and his girlfriend are not fit to raise a child.

Well, THAT should get people out to vote for him! He's lost the "art of the deal" because he thinks negotiations are unilateral.

Time to get a job.

He's uncle Sam not your mammy.

Bashaud Breeland is officially back with the Chiefs

Gravy train has stopped. Time to get a job f**k nuts.

Trump lied; 210,000+ died. Ha! Screwed you, again, working class. I’ve wrecked your economy and now I refuse to help you and any small businesses. These crazy steroids and meds have turned by brain to mush. I bet if J jumped off this building I could fly, too. Reefer madness!

^^^ Tell that to Trump's family, they'll all be out of work in January, and facing a shipload of borrowing coming due for payback.

Just remember, when you have a ballot in your hand, that anyone with an (R) after their name just took $1,200 out of your pocket.

I have fully authorized the total Declassification of any & all documents pertaining to the single greatest political CRIME in American History, the Russia Hoax. Likewise, the Hillary Clinton Email Scandal. No redactions! https://t.co/GgnHh9GOiq

Oh boy is this going to be FUN!

Wow! The Doctors warned us that the steroid they were treating Trump with causes Psychotic Episodes, but this one is wild!

^^^ Another MAGAT nothing-burger. You’re out of trick and spells, Donnie. Instead, sit back and let Covid work it’s magic. It still ready to roll...

Then don't worry about it dummy

Hillary Clinton? Hasn’t she been a private citizen for 3+ years? Countless Republican committees never could find any criminal wrongdoing. How in the world does the Orange Menace think this helps his re-election chances?

His Covid meds have made him psychotic.

.@NBCNews featured a pair of “undecided” voters during a network town hall earlier this week who had previously declared their support for Democratic nominee @JoeBiden on the network’s sister channel, @MSNBC.

LMMFAO!!! You would think that the network would do a better job of putting on a quality puppet show.

The MAGAT MELTDOWN is in high gear! Every day is like Christmas morning! Trump now in complete psychosis and all Republican races are in jeopardy. This is simply an unbelievable gift from the worst US President of all time. Thank you, sweet baby Jesus in the manger. This Libtard will definitely be celebrating your birthday come December while Republicans don’t give a fuck about Christmas decorations...

oh Chimpy, nobody believes a word you say. At least come with the facts instead of making up lies every post. Try harder you dumb little monkey! Hahahahaha!

The great dimwit you’re gonna die if you get it hoax has been busted! Lmao!

I've got Q Ball's re-election slogan for him:

Your idol Pelooser took it away. Trump saved you paying higher federal taxes by refusing to bail out failed cities and pension funds.

The Libs all sing the same song. This must be what CNN is singing now. Covid meds don’t make you psychotic. The stuff Biden takes does though.

Dems are full of hate and bigotry. Now they see the election slipping away and their leader Nobama is going to jail soon. They’re coming unglued.

Subpoenas starting to be issued over the fake Russia investigation . The chips are starting to fall. Libs are losing it!

Unemployment much better.
Nancy was in over her head all along.

Write Trump and tell him you support his efforts to bankrupt Dem cities and not bail them out.

Tell him about KC and how they support protesters and tent camp outs and how it will look like California tent cities.

Lol. No to free money until Nancy is defunded and fired.

Fuck him and his fake EO.

If you are out of work, if your business is closed, if your child's school is shut down, if you are seeing layoffs in your community - Trump decided today that none of that matters to him.

He simply does not care about any of it.

Tony, what is your obsession with fat butt women? Please, ease up on the balloon booties.