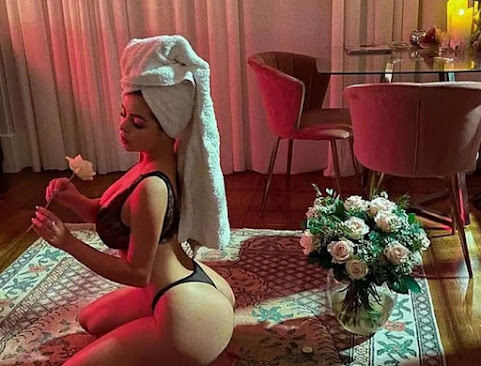 Once again hottie Demi and her body of work inspire us to check pop culture, community news and top headlines to start the day.

LIBERTY, Mo. - Election officials in Clay County are encouraging voters who still have an absentee or mail-in ballot at home to come up with an alternative plan. "I would not wait to get your ballot back to us," Tiffany Francis, the Democrat director for the Clay County Board of Elections, said.

INDEPENDENCE, MO (KCTV) -- Two Mid-Continent Public Library branches in Independence will be closed temporarily due to a potential COVID-19 exposure. The North Independence Branch at 317 W. 24 Highway and the Farview Neighborhood Library at 18109 E. 12th St. N. are affected. The book drop at the North Independence location will remain open.

A busy Halloween weekend across Kansas City offers plenty of ways to celebrate, whether it's from the comfort of your home or on the dance floor of a Monster Mash. Just don't forget your mask(s). That would be really scary. 2 p.m. Servaes Brewing Co.

Demi Rose Goes Topless To Sun Her Buns In Paradise

Taking to her Instagram Story on Thursday, October 29 to showcase her extra plump bra size, the social media influencer gave off major island vibes. Wearing absolutely nothing on top, Demi Rose laid on her stomach while sunning on the beach but made sure to give fans a peek underneath.

The U.S. recorded 87,164 new COVID-19 infections on Thursday, the highest number of new cases documented since the start of the pandemic. The latest figure, from Johns Hopkins University, breaks the previous high of 83,731 new infections reported in a single day last week.

WASHINGTON (AP) - There are no crowds at Disneyland, still shut down by the coronavirus. Fewer fans attended the World Series this year than at any time in the past century. Big concerts are canceled. But it's a different story in Trumpland.

Walmart Inc. has removed all guns and ammunition from the shelves of its U.S. stores this week as a safety precaution in response to recent civil unrest, a company spokesperson confirmed. In a letter to store managers Tuesday, Walmart asked staff to pull guns from shelves "due to the current unrest in isolated areas of the country and out of an abundance of caution," the Wall Street Journal reported.

Lawmakers in both parties see a deal on a new coronavirus relief package as more likely in the lame-duck session, once the political pressures of the 2020 election have abated. "The motivation level on both sides will depend on how the election comes out but I think either way we'll do something.

Paul Rudd was seen in Brooklyn, New York giving out cookies to voters on Thursday, less than a week before the Election Day showdown between former Vice President Joe Biden and President Donald Trump.

LONGTIME PUBLIC SERVANT. DARREN IVEY IS A VETERAN AND LEADER IN THE KANSAS CITY POLICE DEPARTMENT. ROB HUGHES EXPLAINS HIS NATIONAL RECOGNITION. THIS IS WHY WE CAME POLICE OFFICERS, WE WANT TO HELP PEOPLE. MAJOR DARREN IVEY WANTED TO BE A POLICE OFFICER SINCE HE WAS A KID.

KANSAS CITY, MO (KCTV) -- With health top of mind this Halloween during the COVID-19 pandemic, some Trunk or Treat events are offering free flu shots along with the usual candy. The Kansas City Health Department brought flu shots to the Margaret Kemp Park for reStart's Trunk or Treat event to give families the option to take extra precaution this flu season.

A chilly start to your Red Friday. We will see mostly sunny skies today and a high near 60.

The Murlocs cover Hot Chocolate 'Every 1's A Winner' is the song of the day and this is the OPEN THREAD for right now. Keep going for more local links . . .

KANSAS CITY, Mo. - The hospitality industry and other sectors have been decimated by layoffs as a result of the COVID-19 pandemic and efforts to control its spread, leaving thousands of people without jobs in 2020. The Full Employment Council, or FEC, is doing its best to help those workers and others in need of work find their next paycheck.

Ride a Bird or get a Lyft: Here's how you can get to the polls for free in the Kansas City area

KANSAS CITY, Mo. - More companies are stepping up to help people to the polls this Election Day. The Kansas City Area Transportation Authority will provide a specialized route to help voters get to and from Arrowhead Stadium on Tuesday. The stadium will be a centralized polling site for Kansas City residents in Jackson County.

KANSAS CITY, Mo. - It's not unusual to find Giselle Anatol walking around Westport in Kansas City, Missouri. This month, something new along her walks through the entertainment district caught her eye: asphalt art. "I think it's really colorful, it really adds such vibrance to the area and I think it makes it more family-friendly," Anatol said.

Chiefs coach Andy Reid doesn't subscribe to the notion of payback in the business of professional football.Extra motivation? That's another story.As the Chiefs prepare to play the New York Jets on Sunday, Reid knows one of the intriguing subplots will be running back Le'Veon Bell's first shot at his former team.

KANSAS CITY, Mo. - The pandemic has caused the Kansas City, Missouri, Municipal Court to make some big changes. Since mid-April, the courthouse has been conducting nearly all hearings virtually through Zoom. Court Administrator Megan Pfannenstiel said many people prefer virtual hearings rather than in-person.

INDEPENDENCE, Mo. - The ongoing COVID-19 concern has swollen to a higher level, as the Midwest's infection rates climb above those of New York City at their peak, according to the CDC. That has public health officials in the Kansas City metro ramping up their testing methods, in many cases, using sophisticated methods that deliver coronavirus test results more quickly.

RAYMORE, Mo. - As cases rise across the country and in the Kansas City area, one family in Raymore is sharing side-by-side stories of survival after a mother and daughter were both hospitalized with COVID-19. Cindy Mager noticed she wasn't feeling well after a trip to Colorado.

KANSAS CITY, MO (KCTV) -- Jackson County is still looking for people to work the polls on Election Day. The county election board says they always need more people for a presidential election but especially in 2020. Right now, crews are delivering PPE supplies to polling locations for workers.


Goodbyes On The Blvd

KANSAS CITY, Mo. - Beloved Royals catcher Salvador Perez helped put Southwest Boulevard restaurant Empanada Madness on the map. But it's been a rough couple of months for the family behind the popular spot after the woman Salvy called 'mom' passed away. Patricia Fernandez, one of the restaurant's owners, died from pulmonary fibrosis after contracting COVID-19 [...]

JACKSON COUNTY, MO (KCTV) -- In Kansas City, Adam Teefey is known for his architectural skills helping design low income housing for tribal communities both locally and nationally with the company Travois in the Crossroads. "A couple of years ago we worked with the Potawatomi Prairie Band Tribe that's north of Topeka Kansas," says Adam Teefey.

Christmas will be big this year at Union Station

So many holiday plans are changing because of the pandemic. Traditions at Union Station are changing, too. Instead of scaling back on Christmas, it's actually going bigger.The massive 40-foot tree is already up and decorated inside Union Station.

As round above as she was round below.

When the white Rose of Cairo visited Egypt, she got laid 5 times a day!!!

By the third day, she became aware that it had happened.
Achmed forgot to tie the board across his ass.