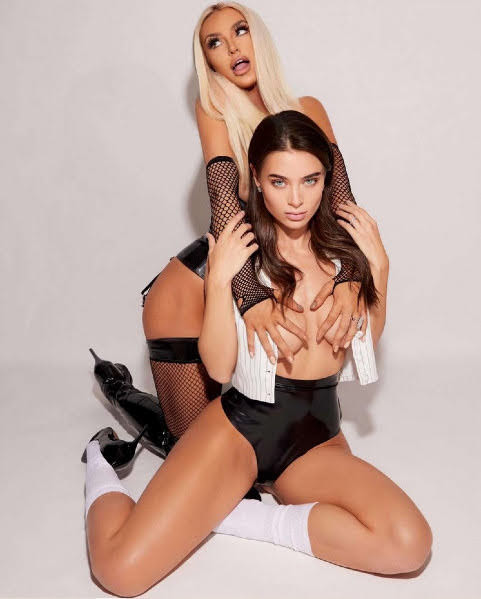 Right now we take a quick peek at the discourse inspired by two NEXTGEN social media hotties "going pro" as we consider community news, pop culture and top headlines to start the day.

KANSAS CITY, Mo. - With the 2020 general election taking place during a pandemic - and the potential for a record turnout - the Kansas City, Missouri, Health Department has been working with local election officials to keep voters safe.

KANSAS CITY, Mo. - Tuesday evening, Kansas City Mayor Quinton Lucas took civic engagement to new heights. He visited the University of Missouri-Kansas City for a good cause: encouraging people to vote. A few weeks ago, Mujahid Abdulrahim and Travis Fields, who are UMKC engineering professors and also pilots, decided they wanted to spell out [...]

Lack of transportation was cited as the reason that more than 4.5 million Americans didn't vote in the 2016 election. Bird has teamed up with the North American Bikeshare Association 's (NABSA) Roll to the Polls initiative to keep history from repeating itself.

Tana Mongeau might have been "divorced" from Jake Paul. However, Jake is still one of her closest friends. That's not all. Tana also stays in contact with the other friends she made through him. And Lana Rhoades is one of such friends. Lana is in a relationship with Mike Majlak, Logan Paul's friend.

Philadelphia police ask residents to stay indoors as spurts of violence erupt during protests over the fatal police shooting of Walter Wallace Jr.

The Philadelphia Police Department requested that residents in seven districts stay indoors as demonstrators took to the streets for a second night following the fatal police shooting of Walter Wallace Jr.

The Trump campaign on Tuesday released a video compiling more than three dozen times President Trump has denounced White supremacy, as his Democratic rival Joe Biden and his running mate Sen. Kamala Harris have claimed this week on the campaign trail that he has failed to do so.

Thousands of Muslims from the Middle East to Asia are protesting the French government and boycotting French products after President Emmanuel Macron defended the right to display cartoons of the Prophet Muhammed - considered a major taboo by many Muslims. From Saudi Arabia to Bangladesh, Iran to Morocco, countries are showing their displeasure at how France is treating its Muslims. It threatens to drive a wider rift between the Western European nation and much of the broader Muslim world.

The polls could be wrong. But that may help Biden, not just Trump.

As Election Day approaches and President Donald Trump continues to trail Joe Biden by high single digits both nationally and in key states, their respective bases are buzzing with either hope or dread that "the polls could be wrong again."

"If the independent grocer goes away, these towns lose a lot of their character; they are really the heartbeat of the small town," said John Epperson, co-founder of RSSG. "And it's great to meet these folks across the country because while they're all different; they are all fighting the same fight."

Full disclosure. Halloween used to creep me out. I suspect this is due to the fact that my older cousins made me watch "Nightmare on Elm Street"at a very young age, convinced me that Freddy Kruger was real, and warned me not to fall asleep... or else.

Our evening skies will remain overcast until well after sunset when the clouds begin to partially break up. A southerly breeze will ease in at such a gentle pace you may not even feel it but temperatures will hold steady through the night in the range of 30 degrees.

Chris Stapleton - Starting Over is the song of the day and this is the OPEN THREAD for right now.

KANSAS CITY, Mo. - One woman was transported to the hospital after her car went into Brush Creek early Wednesday morning. According to Kansas City, Missouri, police, she was believed to be traveling eastbound at an unknown rate of speed when her car went into the water at Ward Parkway and Jefferson Street.

KANSAS CITY, Mo. - Kansas City's Finance and Governance and Public Safety Committee will debate Wednesday whether or not to extend the city's hiring freeze through next April. It comes as the city tries to cut costs projecting a $60 million budget shortfall next year.


Golden Ghetto Gets Out Vote

PRAIRIE VILLAGE, KS (KCTV) -- Election Day is one week away and already parts of the metro are seeing record voter turnout! In Johnson County, election officials are projecting as much as an 80% voter turnout. In the 2016 presidential election, 72% of voters in Johnson County turned out, and in 2008, just over 78% of voters made their voices heard.

KANSAS CITY, Mo. - In a year filled with efforts to end racism and police brutality, following the death of George Floyd these calls for equity and justice landed in the heart of Chiefs Kingdom. Chiefs players like quarterback Patrick Mahomes and safety Tyrann Mathieu lifted their voices to bring attention to issues sparking protests across the country.

How Missouri Amendment 3 could change the lawmaker representing you

JEFFERSON CITY, Mo. - Voters will head to the polls in less than a week, but in Missouri, there are two amendment questions on the ballot including a question in how state legislative districts are drawn in the state.

A world-class Brazilian Jiu-Jitsu competitor and coach thwarted a would-be robber as he walked home on Monday night.Police said the attempted robbery happened about 8:15 p.m. near 41st Street and Warwick Boulevard. Josh Henges said he was a block from his home. "I felt someone behind me pull my shoulder.

KC Voices: 79 symbols of hope at the Nelson-Atkins Museum of Art

Those wonderful trees. // Photo by Ginny Varraveto We've been asking members of the KC community to submit stories about life under quarantine, protests, politics, and other subjects that require discussion. If you've got a story you'd like to share, please send it to brock@thepitchkc.com for consideration.