The young mayor blew an easy hire but it seems council wants an out of town white dude rather than actually dealing with residents of Kansas City or workers in their own building.

In practice, this decision gives the urban opponents of Mayor Lucas even more ammunition.

Moreover, I think our blog community deserves credit for this move given that our skepticism, journalism and snark pushed the mayor to look beyond quotas for the new hire. Sadly, his effort was mistaken and clumsy but so is everything else about Kansas City.

Still, it's worth nothing that there are a lot of people who aren't happy about this hire. City Hall insiders seems skeptical.

CHECK THE INTERNAL MEMO THAT OFFERS MORE PERSPECTIVE ON THE HIRE THANKS TO AWESOME TKC TIPSTERS!!! 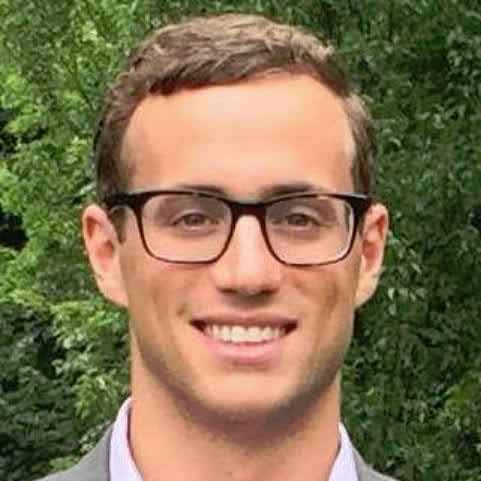 The city council will take a vote Thursday on whether to hire him.

"I am inclined to agree with a supermajority of the Council—not only because of the agreement among this supermajority of the Council—but because of this individual's strong record on budget management, incentives, and affordable housing," Mayor Lucas wrote in a letter to the City Council. "Based upon sterling recommendations provided by his own colleagues and citizens, the review of our colleagues and community interview viewers and participants, and his strong work on budget challenges over recent years and reorganization of Jersey City departments, I will recommend, based upon my authority under Section 218(b) of the Kansas City Charter, Brian Platt to serve as Kansas City's sixteenth permanent city manager.

Mr. Platt holds a Masters in Public Administration from the Columbia University School of International and Public Affairs and has extensive management experience. He and his wife, Margo, have a two-year-old daughter and have significant family ties to Kansas City. Brian's father-in-law, Marty Aaron, is a graduate of Center High School. Mr. Aaron's mother is a graduate of Paseo High School. Several members of his family remain in Kansas City and have served our community as public school teachers and local business owners for decades.

The City Council tomorrow will vote on a Mayor Lucas ordinance to codify this recommendation. If approved, Platt would tentatively begin his role of city manager on January 4, 2021.

Stacy Shaw will not tolerate this!

Doesn't that mean it's the right decision, then?

Quinton Lucas did the right thing and ignored all of the haters in this "blog community" and other places. New, young and fresh faces are just what Kansas City needs.

This was the right thing to do!

How does that Kool-Aid taste? Or are you taking it as a suppository?

Well, he looks gay enough to work at City Hall.

He'll have the job for less than 24 months.

How many dicks are in your mouth right now? Hopefully, you will have room for his too. He looks like he might have a Grindr account.

Lickass wants some white meat and an above room temperature IQ for his job (s).

Greedo was up pretty early defending you this morning Tony (incorrectly, I might add), be sure to tongue his asshole extra deep tonight.

In other words Lucas found a white yes man.

Just hope Mr. Platt cleans out some offices when he gets settled in. There are several (all?) of the assistant city managers who need to go. Put in some permanent directors instead of acting ones. Otherwise its just moving deck chairs around on the Titanic.

Jersey City is a shithole. Even Kansas City is a step or two up from that. So he knows that he will be attacked by "community leaders" basically for not being black. They will eventually shut up, for a price.

If they wait, they can fire him new city manager and Rick Smith at the same time, for the same reason. They’re both white.