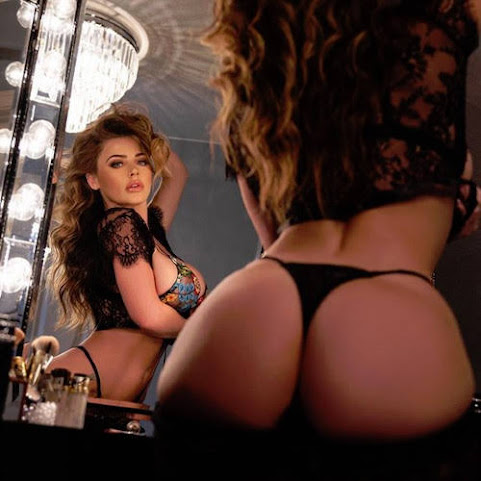 Right now hottie Sophie and a shared photo from the influencer hottie powers our love for the local discourse and a few links that are still worth a peek.

KANSAS CITY, Mo. - A police standoff near the scene of an earlier shooting in Kansas City, Missouri, ended late Friday afternoon after no one was found in the residence, police said. KCPD officers were initially called around 2 p.m.

SHAWNEE, Kan. - Breweries in Johnson County are hoping voters will get rid of a law from the 1980s requiring 30 percent of their sales to be from food. A measure to remove the law is on the November ballot. Currently, Johnson County is the only one in Kansas that still has the law on the books.

If you're looking for an ideal time to doom scroll headlines, the NFL's daily COVID-19 test results typically drop the moment East Coast sports reporters roll out of bed. On Monday morning about 5 a.m., I squinted at the following notification: "No positive tests reported. Patriots en route to Kansas City."

The Commission on Presidential Debates on Friday canceled the second debate between Donald Trump and Joe Biden after the President declined to do a virtual debate despite concerns over his Covid-19 diagnosis, a source familiar with the plans told CNN.

Trump drops the F-bomb on Iran

"You don't see the terror the way you used to see the terror," Trump said. The Trump administration has tried to reimpose more sanctions on the Islamic Republic since its withdrawal from the nuclear deal. Trump told Limbaugh he would be able to renegotiate a deal blocking the country's nuclear program within a year if he gets reelected.

House Democrats introduced a bill Friday to establish an independent commission under the 25th Amendment to evaluate a president's health and oversee the transfer of power to the vice president if the president becomes incapacitated while in office. The provision would not apply to President Trump during his current term, but could be invoked in a second term if he is reelected.


Push Back Against Speaker

Sen. (R-Ga.) is slated to introduce a resolution condemning Speaker (D-Calif.) for "politicizing the 25th Amendment." The resolution comes after the California Democrat expressed support for a bill that would create a "Commission on President Capacity" to gauge whether the president is capable of serving in the role and invoke the 25th Amendment if needed.

Looking For an Old-School T-Shirt? WyCo Vintage Is a Blast From the Past - In Kansas City

Rumor has it, KCMO stakes claim to having one of the largest vintage T-shirt emporiums in the world. Founded 2008, WyCo Vintage has more than 4,500 vintage shirts and jackets that range from music, art, and pop culture to, of course, clever musings. We caught up with owner Patrick Klima to find out why his...

For those who patiently waited until the dog days of the season to use their precious days off, a trip with their adorable puppy is the perfect way to use it. Crossroads Hotel in Kansas City's Art District has just the idea for a feat to be accomplished.

Enjoy the first stages of our Fall colors while Summer-time warmth continues to bask our area in temperatures that are about fifteen degrees warmer than what the calendar reads. Skies will stay mostly clear this evening while temperatures hold in the 70 through midnight before falling into the lower to middle 60s by daybreak.

If they can't win it, they'll steal it.


The drinker of the house is at it again I see. Democrats are so scared of Trump for exposing them it's funny as heck. Liberal heads exploding. Got to love it. Even more funny democrats are so stupid they don't know who is against them and who is for them. Nothing worse than a democrat terrorist and all democrats are terrorists. Just take a look at the city.

Trump called this two days ago when pelosi looked absolutely nutty, this is setting up to get rapey joe out if he accidentally wins, it was nevar about trump.

This is why the Supreme Court is so important. Without a majority of constitutionalists it won't stop a clearly unconstitutional power grab by the legislative branch over the executive. The separation of powers were created wisely centuries ago to prevent one party taking control of all of the government. The left is no longer content to play by the rules and seeks to seize all the reigns of government, never intending to let them loose again. We are headed for a crisis of unprecedented scale if the Dims win this election.


Please, fart in my face, Sophie!

Mayor Pete is a combat veteran.

When Miss Torso liked to dance provocatively at night with the windows open, her male neighbors contracted a case of Hitch Cock!!!

Mayor Pete is a certifiable jackass. He needs to stick to peterpuffing his husband and not trying to go nationwide.

That demo scammer was a NG weekend warrior who pulled a six month office job in Iraq..so Demo scammers like you could say "oh--he's COMBAT veteran"

So Trump dropped the F-bomb on the radio today.

Although he was talking about Iran, I'm sure it wasn't his own failed policy that has let them restart their nuke program that triggered the profanity.

Go ahead and pack the Court with Trumpublicans after the shitfit you threw when Obama made a nomination nine months before an Election. The American People see through your TOP attempts to destroy democracy in this Country.

And a clueless, pandering brain donor.

11:12 This country was never a democracy. It is a constitutional republic with limited powers and some democratic elements. Patriots want to preserve all of the checks and balances. The commie traitors that make up the Dim rebellion against America only want unlimited power just like their fellow travelers in the old DDR had. That is their model.