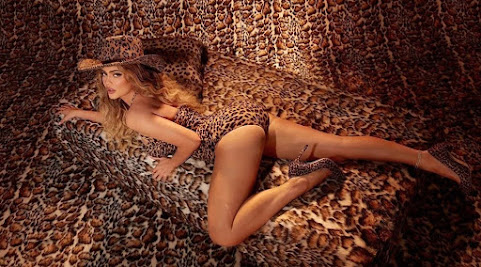 INDEPENDENCE, Mo. - Absentee voters at the Jackson County Election Board experienced two-hour waits Friday. Lines wrapped around the building as voters waited to cast their ballots. Masks were worn by voters and election workers, and social distancing was enforced inside the polling location.

WYANDOTTE COUNTY, KS (KCTV) -- The KCK Fire Department was called to a massive fire at A-1 Barrel Company on Kansas Avenue in KCK this morning. Before the fire department arrived, Felix Charles was one of the first on scene.

'Get in the game': Arrowhead Stadium gets ready to welcome thousands of voters on Election Day

KANSAS CITY, Mo - On Tuesday, Arrowhead will transform from the loudest stadium in the NFL to a place where people's voices will be heard by the mark of a ballot. Voters like Marcia Holliday are excited at the prospect of visiting the home of the reigning Super Bowl Champions.

With just a few days left before Election Night and the president trailing in numerous state and national polls, Donald Trump's inner circle is increasingly whispering the same thought: Our guy blew it. A forecast of a Biden White House is not one they welcome.

Polling averages show Trump gaining on Biden in most swing states. Will it be enough?

Election Day is four days away, and more than half the number of Americans who voted in 2016 have already cast their ballots, as polls continue to show Democratic nominee Joe Biden with a large national lead over President Donald Trump, along with a smaller advantage in several key states.

Democratic presidential contender Joe Biden slammed a duo of tech companies Friday, tweet-shaming Netflix and Amazon for, he said, not paying their fair share of taxes. Let me be clear: Hardworking Americans should not be paying more in federal income taxes than Amazon or Netflix.

The US has shattered the daily coronavirus record, with almost 90,000 new infections reported on Thursday and close to 1,000 deaths, as the country surged past a world-topping 9m cases and experts warned of death rates more than doubling by mid-January.


Meet The King Of Mars

'No Earth-based government has authority or sovereignty over Martian activities,' SpaceX claims SpaceX will not recognise international law on Mars, according to the Terms of Service of its Starlink internet project. Elon Musk's space company will instead reportedly adhere to a set of "self-governing principles" that will be defined at the time of Martian settlement.

The University of Kansas Medical Center has resumed Phase III clinical trials of a COVID-19 vaccine that was halted last month after an enrollee in the United Kingdom developed an adverse reaction.

Westside Storey started out as an antique store in 2012. "My loft overlooked the corner of 17th and Summit," owner Chris Harrington says. "I would sit on my porch and see how busy the area was from all the restaurants and thought a retail shop would be a good fit [for the area]."

Temperatures will start off in the 40s Saturday and will climb into the low 60s with filtered sunshine. There will be some gusty winds.


Joe Biden just called Trump supporters "ugly felks" what he meant to say is ugly f**ks but he changed and it came out ugly felks. This is the same man who said he was going to be president for all people even the ones that didn't vote for him. This was the last straw. We have been called deplorable, chumps, racists, dog faced pony soldiers and now ugly fucks. I have had enough out of the dirty democrats and can't wait to take my revenge out on you your family and your GD bastard kids.

It's because those people don't work.

Trump takes 47 states in a historic landslide. The libtard children burn their own neighborhoods and more of them put out their hands due to unemployment because of it.

While on safari in Africa, Kendall didn't shoot any wild game, but bagged 2 porters and a guide!!!