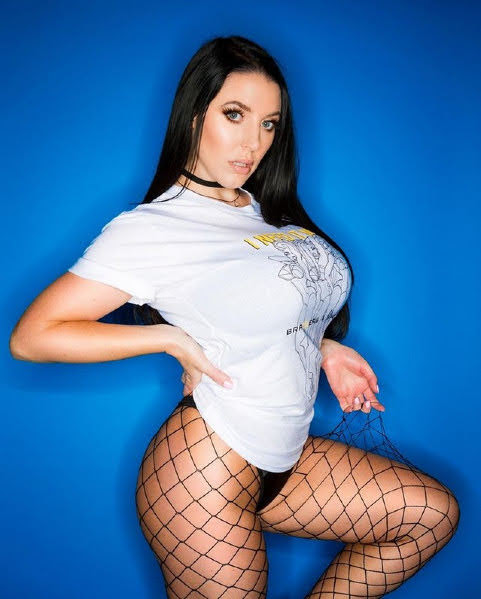 Once again we start the early morning inspired by hottie Angela her her "adult" merch promo along with top headlines, community news and more pop culture.

KANSAS CITY, Mo. - Kansas City Police say called an Operation 100 standoff near 39th and Washington overnight. Police were called to the home around 11:30 p.m. When the standoff was called, police said a person armed with a gun was inside a home in that area and had been uncooperative.

New KCI Airport will have inclusive areas for those with disabilities

The new single terminal Kansas City International Airport will have inclusive areas for those with disabilities."The realization is that travelers are changing," said Justin Meyer, deputy director of aviation.It's about making travel a little easier for everyone."People that me have felt unable to travel can travel now and we certainly want this building behind us to be one that equips future travelers to be able to see the world," Meyer said.At the center of that idea is an all-inclusive play area for kids and families with special needs.

KANSAS CITY, Kan. - While many companies have shut down operations because of COVID-19, the pandemic helped save the jobs of more than 100 employees at Procter & Gamble's Kansas City, Kansas, plant. In 2018, 280 employees were told the plant, which makes Dawn and Gain dish detergent, would shut down after 115 years.

In the coming years, a vacant former Midtown high school building is poised for a shift in occupants - from mummified pigeons and standing water to more than 100 new residents. Andrew Brain, alongside development partner Platform Ventures LLC and the Planned Industrial Expansion Authority, are advancing a $45 million general development plan to renovate and repurpose the Westport High School building at 315 E.

What Went Down During The Final Presidential Debate Of 2020


Veep Lost In A Moment

Democratic presidential nominee Joe Biden shocked viewers on Thursday with a bizarre reference to Adolf Hitler during the final presidential debate. Trump said he has a civil "We're not in a war, we have a good relationship," Trump said of his relationship with North Korea Supreme Leader Kim Jong Un.

Trump has debate of his life - but is it too late?

With his back against the wall, Donald Trump pulled himself together and had the debate of his life. For the most part, he was focused, contained and determined to get his message across and not just be the alpha male.

A Shot-by-Shot Analysis of the New Borat's Giuliani Scene

Sacha Baron Cohen's new movie, Borat Subsequent Moviefilm: Delivery of Prodigious Bribe to American Regime for Make Benefit Once Glorious Nation of Kazakhstan , ends with an already notorious sequence in which Rudy Giuliani goes into a hotel bedroom with a young woman whom he believes to be a journalist, stretches out on the bed, and sticks his hand into his pants.

As teased, Ariana Grande has released a video for her new single "Positions." The Dave Meyers-directed clip stars Grande as President, and features her holding press conferences, mulling over decisions in the Oval Office, walking her dogs on the White House grounds, and more. In one scene, Ari puts a medal on a USPS worker.

The Regnier Family Wonderscope Children's Museum of Kansas City will open Friday, October 23, following an 8:30 a.m. ribbon cutting. Tickets are sold out for the event, but can be purchased for Saturday or regular visits . Betty Rae's Ice Cream food truck will be parked at the property from noon to 5 pm.

GRAIN VALLEY, Mo. - One local man has been waiting months to get a refund to a concert that was canceled due to the ongoing pandemic. Doug Yancey was excited about seeing The Black Crowes perform for his 50th birthday. "I always wanted to see them," he said.

Friday will be chilly

Hide Transcript Show Transcript WILL COOL DOWN A BIT. HERE ARE THE WINDOWS IS JOE'S BECAUSE TOMORROW MORNING IS GOING TO BE COLD. TOMORROW MORNING WILL FEEL LIKE 30 BECAUSE OF THE NORTHWEST WINDS CONTINUING, BY 8:30 TALKING 27 FOR A WIND CHILL, 28 IN TRENTON, 30 AND CLINTON, 27 IN OTTAWA, BY TWO IN THE AFTERNOON, STILL IN THE 30'S FOR SOME AREAS.

Ariana Grande - positions is the song of the day and this is the OPEN THREAD for right now.

Testing the mail: Why voters should send mail-in ballots back now

KANSAS CITY, Mo. - The November Election is less than two weeks away and now a big question looms: if you mail your ballot, will it get to the local election office in time to count? To answer this question, 41 Action News launched an investigation into the postal service.

Hide Transcript Show Transcript HOW IT IS ALL TO GET SENIORS IN THE FRESH AIR. 15 CARS ALL DECKED OUT IN CHIEFS GEAR. AND ONE REALLY BIG KC WOLF. BECAUSE. WE JUST WANTED TO GIVE THEN AN OPPORTUNITY TO SMILE.

OVERLAND PARK, KS (KCTV) -- The city of Overland Park has tweeted out what are believed to be the first renderings of the Whataburger that wants to open in the city. The city said Whataburger submitted development plans for what was formerly a Salty Iguana location near 135th and U.S.

Kansas Department of Corrections SOURCE: Kansas Department of Corrections Federal prosecutors say a 54-year-old man made holes in drywall to enter an Overland Park pawn shop and steal 22 firearms. U.S. Attorney Stephen McAllister said in a news release that Darrin Taylor, who was homeless, was indicted Wednesday on one count of theft from a federally licensed firearms dealer.

Wanted fugitive may be in Kansas City area, FBI says

KANSAS CITY, Mo. - A man wanted for his alleged role in methamphetamine distribution and money laundering conspiracies may be on the run in the Kansas City area, according to the FBI. Christopher Brian Rogan, who also goes by several aliases, should be considered armed and dangerous and has violent tendencies, the FBI said on Thursday.

KANSAS CITY, MO (KCTV) -- Starting Nov. 1, the Kansas City Roos are suspending their golf, cross country, and track and field programs for eight months. All student athletes that are affected will retain their scholarships and have the ability to transfer if they want to.

Alex Gordon named a finalist, with a shot to win his eighth Gold Glove

Alex Gordon has been named a finalist for the American League Gold Glove Award in left field, giving him a chance to win his eighth Gold Glove of his career. If Gordon would win, he would tie Frank White for most Gold Gloves in club history.

$45 Million of YOUR tax dollars to a developer to turn Westport High School into lofts!
Who is going to want to buy a loft apartment in the middle of the ghetto?

And this RESIDENTIAL development is supported and proposed by the
"Planned INDUSTRIAL Expansion Authority"!
The only "industry" connected to this fiasco is the "industry" of transporting YOUR money into an out-of-State Developer's pocket!

"Developers" will tell you that they'd rather go before one of the more obscure "economic development" organizations like the PIEA or Port Authority because the public really doesn't even know these quasi-governmental agencies exist, so it's much easier to avoid scrutiny and more likely to get approval for their "project".
Once agencies like this or the "Street Car Authority" are created, their major priority becomes looking out for themselves and their supporters, who, in the case of the PIEA, are developers.
And all at taxpayer expense.
Which goes on for many years.

So the new KCI airport will have inclusive areas just for people with disabilities? Why should Democrats get this perk?

^^^^ Because they're not Republicans, and therefore are more deserving of everything better in life.

Angela has a butterface. Yuck!