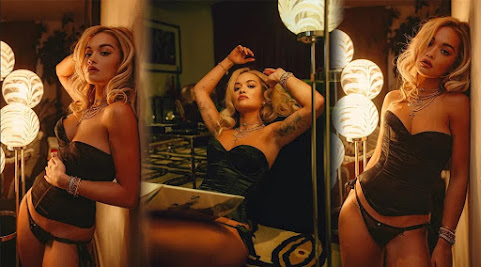 This year, several metro counties are breaking records with more registered voters than ever before, and they're also expecting near record turnout.COVID-19 is making for a record year of registered voters."We expect a robust voter turnout based on what we've seen so far.

KANSAS CITY, Mo. - City workers complain that it's a common problem. A landowner from east Kansas City said she's doing her best, but she can't keep illegal dumpers off her land. The only items on the property Danielle Long owns on Blue Parkway Drive is old truck trailer and a small wooden shack.

Nonpartisan group wants voters to know their rights at polls

Thousands of people have already cast ballots for the Nov. 3 general election across the Kansas City, but those who go the polls on Election Day may see more people monitoring the process in less than three weeks. Voters should know their rights before heading to the polls.

If you purchase an independently reviewed product or service through a link on our website, we may receive an affiliate commission. Rita Ora returned back to the recording studio and did so with daring flair. The "Phoenix" songstress previewed her in-studio look with a quick mid-session photo shoot, posing in a sheer Gucci slip dress adorned with signature interlocking logos.

Hunter Biden pursued lucrative deals involving China's largest private energy company - including one that he said would be "interesting for me and my family," emails obtained by The Post show. One email sent to Biden on May 13, 2017, with the subject line "Expectations," included details of "remuneration packages" for six people involved in an unspecified business venture.

Twitter's Legal, Policy and Trust & Safety Lead said Thursday that they will no longer remove hacked content and instead will label Tweets to provide context Twitter blocked links to a New York Posts story featuring a questionable source It published alleged Biden Ukraine emails that Twitter said were against

From Popular Mechanics Stop us if you've heard this one before: On Wednesday afternoon, crew members on an airliner flying near Los Angeles International Airport (LAX) once again spotted a person in a jetpack gliding at an altitude of 6,000 feet high, a few miles northwest of the flight hub.

KANSAS CITY, Mo. - One of the first music festivals in Kansas City since the pandemic started is this weekend. Fermata KC is uniting local artists of all genres to perform live. The money will go to help the local arts community. The socially distant festival will happen on the southeast lawn of the World War I Memorial.

Day of the Dead lives on at Kansas City Museum

Like many events this year, the Kansas City Museum's 7th Annual Día de los Muertos, or Day of the Dead, celebration will look a little different. But no matter the circumstances, the meaning behind one of the most important Mexican holidays is unwavering.

FROST ADVISORY TONIGHT with temperatures dropping into the 30s The dry weather will continue Much warmer Saturday, then much colder Sunday KANSAS CITY'S MOST ACCURATE FORECAST Tonight: There is a FROST ADVISORY from 4 AM to 9 AM. It will be a clear and cold night with some frost developing by morning.

Gorillaz - Désolé ft. Fatoumata Diawara is the song of the day and this is the OPEN THREAD for right now.

But there's no Christmas lighting on the Plaza. Well we all know democrats hate God and country, so this doesn't surprise me. How is a democrat any different than Hitler? They're not!

^^^ Get some sleep, you've been up all night and you need some rest.
They haven't really implanted something up your ass, you just have hemorrhoids.

Rita Oral has 16M followers on Instagram? Almost as many as Tony's readers.

Cunter Biden will sink his dad's chances of a being the first President to be declared incompetent and replaced by the even bigger cunt Kameltoe.

6:08: Hunter Biden could shoot someone in the middle of a now almost abandoned Fifth Avenue, and Joe Biden would still win because he's not Trump.

^^^ After Hunter shot them he would pass out in his bed and have someone take another picture of him with a crack pipe in his mouth.

Oh lookeee here, more Russian backed disinformation from Rudy and the rag. No one gives a fuck except Trumptards. Moving on.

Remember when The Russians had something on trump and trump could not be trusted so he must be impeached. Then mueller spent millions of US tax dollars to find nothing but yet here we are with Biden.

^^^Remember when dumb Trumptards didn't read a fucking single word of the Mueller report and just took Barr's comments at face value because they're too fucking dumb to think for themselves?

When are those Obamagate arrests happening? Durham report? The unmasking affair? Anything? Oh, nevermind, the NY Post, that bastion of reliable journalism, has put out some solid reporting, we're good.

Nobody is buying the NY Post garbage but Trumptards. It doesn't matter.

Why are you pushing this stupid thing about Hunter Biden? It has all been disproved and NEWSFLASH HE'S NOT RUNNING FOR PRESIDENT! Even if the worst of it were true, it pales in comparison to what the opposition's family has been doing--but it's not. So really, why?

Is that why Facebook and Twitter are getting called to Congress to talk about why they tried to kill the story?

Ah, no, it's actually proved very clearly in the Bidens' own words, that's the problem.