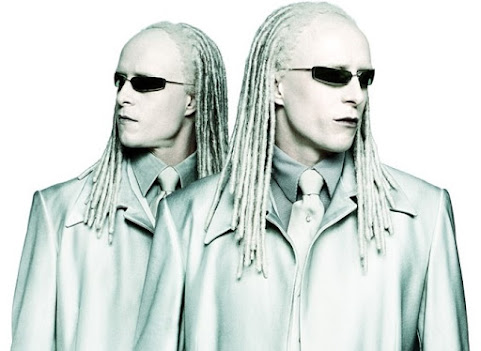 Again and again, TKC always advocates for LIBERTY and this push back against employers dress codes is a good thing for ALL WORKERS. Moreover, we reference The Twins from The Matrix to highlight that even white dudes can use this legislation for personal expression in the workplace.

Also, I guess Captian Jack Sparrow might relate to this discussion as well even if he's his own boss and a bit of an entrepeneur. 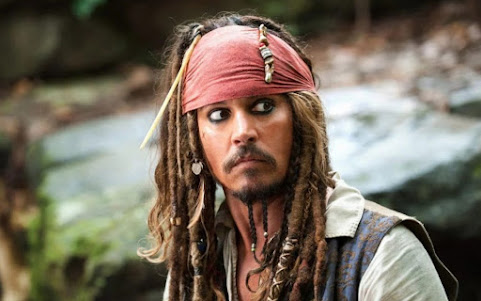 Kansas City, Mo. – Shirley’s Kitchen Cabinet (Shirley’s KC) - a nonpartisan, nonprofit dedicated to amplifying the voices and power of Black women around issues is proud to announce the City of Kansas City unanimously passed the CROWN Act, legislation introduced by Council women Ryana Parks-Shaw and Melissa Robinson that expands opportunities for Black Kansas Citians to have greater access to employment and educational opportunities by strengthening discrimination ordinances. Resolution 200837 bans discrimination based on a person’s hair texture or style that is associated with a specific race or ethnicity.

The City of Kansas City Missouri is only the second city to pass the ordinance in the nation.

“We are beyond excited to see local leaders stand in the gap, step in and lead to create greater equity in our beloved city ,” said Michele L. Watley, Founder of Shirley’s Kitchen Cabinet. “There was great support by the entire council and with the passage of this legislation, they live the values of equity and inclusion they speak about.”

There are highly publicized cases of discrimination based on hairstyles in the work place and schools across the US. Tyree Bayan, a student seeking employment in Kansas City said he was denied a job because of his locs, although according to management Tyree was "100 percent a qualified candidate." In December 2019, a white referee forced a New Jersey high school student to cut off his locs or forfeit a wrestling match and in 2018, a six-year-old in Florida was not allowed into a school because of his locs. “While all women experience pressure to conform to certain standards of appearance, Black women are unfairly impacted,” Dove wrote in a press release. “Black women are 50% more likely to be sent home or know of a black woman sent home from the workplace because of her hair.”

For more information about the campaign to end hair discrimination, please visit https://www.shirleyskitchencabinet.org/crownact

Here's an even better movie that reminds us white dudes with dreds can be quite formidable and now garner extra workplace protection under local law.

It Ain’t White Boy Day: A Celebration Of Gary Oldman As Drexl Spivey From ‘True Romance’ 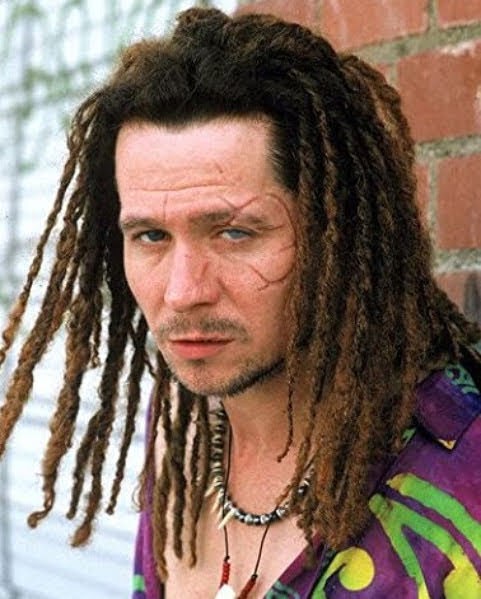 Accordingly, here's more serious coverage for more thoughtful denizens of our blog community . . . And notice that news media actually have this legislation wrong given that there's no specific racial designation in this legislation . . . In fact, the whole point was to prevent any discrimination based on a person’s hair texture or style that is associated with a specific race or ethnicity.

Absolutely agree with the Council with regard to HAIR, but not those nasty plastic and "silk rope things" some women have sewn onto their heads and as a result can't clean themselves.

More stupid shit from 12th and Oak. Of all the shit wrong with this town Lucas and the clowns are worried over some butt hurt ladies and their hair. Gee two black ladies get their way because telling them no would be wrong in Kansan City. Turn off the lights for the last business leaving as this town is fucked.

Don't you judge my weave doe!


Yet ANOTHER Democrat race-based scam for hood rats to exploit..

now, crack-head women who never show up for work..can sue for big $$ --say they were fired "because of my hair!!

In some cases it's not a good idea. Say you have sales Representative.YOUR clients are mostly conservative. First expressions,are important. The Businesses revenue depends on sales. Nothing happens until a sale is made it keeps the factory going and the Trucks moving.So would you hire someone with vary wild Hair to go out on a sales call worth thousands of dollars. I WOULD NOT. I Y

What is wrong with a white oriented country ? The rest of world us brown or black. Go there if you got a problem.

It always amazes me how crazy and clownish these hairdos are (like no other race on the planet) AND how everyone is so (forced to be) oblivious.

To this point most people quietly snicker at the hair, names, rap names, speech, clothes and thought processes of this race as represented in the U.S.

Employers have always dictated how they want their companies represented, appearance and especially hair is the billboard for what they're selling. So guess who is not going to get hired.

Glad we solved all the other problems in the city


NO, black people need to make sure their hair is clean and not in matted rug locks like the pictures. If you came to me looking like that I wouldn't hire you. That's not discrimination it's called grooming. Tattoo's, purple, pink, and any other weird color hair is a NO too. Get over it.
Do you want to go around looking like the dirty Pat Mahomes?

Remember the Rubber Band Man (look it up on YouTube)?
That was a joke for a commercial, it was not to be seriously adopted and morphed. It was for comic effect. Lot of unintentional comedy nowadays because a day doesn't go by that I don't laugh my ass off.

Mayor mcstupid ass can’t make a business obey his racist demands, he may have just chased businesses away with this childish act.

Now I know I'm pretty, but I ain't as pretty as a couple of titties.

Very smart, Fake Byron. 13% of the population is black in the US.

By TI the rapper? It was a catchy song back in the late 90s or early 2000s. Had no idea it started as a commercial though

11:37 happens to live in one of the whitest cities in America. Apparently he wants to live in a white country just like the rest of us. But no European country will let him live there, so we're stuck with him.