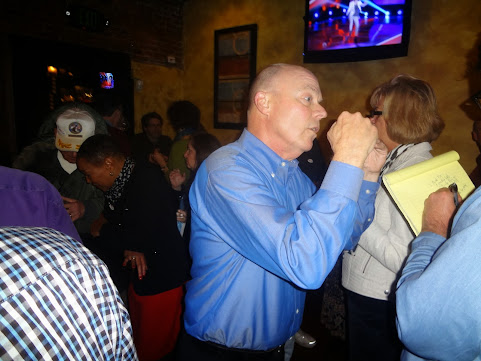 We're torn on this worthwhile local blogger post. . . There are good insight in the screed of a former KC newsman but denizens of the discourse know that that Fitz longs to be a power player and impact policy rather than merely report and analyze the events of this town.

And so, here's a peek at his latest rant hoping to bring about the same kind of change that protesters advocate . . .

The kicker after outrage over the tragedy of a Northland lady found dead . . .

"Every day, it is increasingly clear how far the police department has descended under state control. Departmental leadership seems to have no idea what to do to combat the sky-high homicide rate, and the police union is untouchable and wields so much political clout that Mayor Quinton Lucas cowers in a corner for fear they won’t endorse him for re-election in three years. "If union leaders cared about the department, instead of just themselves, they would push for local control because, at this point, the department appears to be close to incompetent."

We are really beating up on the popo these days. They are incompetent, they need to be cancelled, blah, blah, blah. Police are hired and run by the citizens they serve...maybe we need to reimagine how that citizenry behaves under the laws we have enacted.

That's how every single police department everywhere does it you dumbshit. Do your research before posting such a bonehead article. She was driving drunk and the police made sure she didn't have a car. That's the end of their responsibility. Maybe we should keep DUI drivers in jail for 48 hours before they are released. Contact your legislators. Don't blame the police.

Why didn't she arrange a ride? That's not their job to play babysitter for a 39 y/o.

It's a shame what happened, but this isn't on the cops no matter what white knights like JimmyC think.

Who is this yahoo and why should I care what he thinks?

JimmyC? He rode the star all the way down and has been trying to live off his meager pension and remain relevant ever since. How's that working out Jimmy?

I am very pro-police but this was incompetence. Hold her for 24 hours until she sobers up or at least make sure a sober adult shows up to claim her. This is far, far worse than any "brutality". I put that in quotes because I think the police do an excellent job apprehending people. The only people that get hurt are resisting arrest.

Jim's a worn out hack trying to resurrect his cub reporter days and flailing away at staying relevant. The comments section of his blog is filled with other news hacks all well past their expiration dates.

Sorry 9:32, call the social worker, but it ain't the cops job. Look how easy firefighters have it: put out fire. Hell, half the time they just contain it to the structure on fire, and they never clean-up. I am not saying the FDs job is easy, but it is limited in scope (and that scope is recognized almost universally) and no one blames them for burning buildings. Why do we blame cops for murder rate or insist they provide social services? Not their lane.

It's not so much "not my job" as it is that the police are limited in their authority to restrain a citizen without cause.

On the other hand, if someone is incompetent to be released without supervision, they should call an ambulance and send them to an ER or mental health facility. Just my 2c.

The article reads like a political attack on KCPD. If she seemed competent she could not be held. In his rush to criticize, Fitz misses the real story.

It seems a body could have been found within a one mile radius. What went wrong with the search? Who was responsible for that sector. Was it within the search perimeter? Why did it take from July to October to run DNA to ID the remains? These are the questions a competent journalist should ask and the police should answer to maintain credibility in the current climate.

JimmyC: At the juncture of yellow-journalism and Democrat life in KC!!!


(He's COMPLETELY off-base with this story. And notice how he transitioned from Bischoff to George Floyd, Chief Smith, and Quinton Lucas? He's swerving all over the road, out of his lane, and endangering the public.)

Why won't the police release police release her blood alcohol level? If there was no booze in her blood, then she obviously had a neurological incident like a stroke or possible blood bleed which made her appear drunk.

What was her blood alcohol level?

It's illegal to hold someone for 24 hours for DUI. Contact your legislators don't blame the police.

Blood alcohol level is likely considered private medical information unless it is used in court. And medical privacy rules apply even post mortem.

Another liberal wanting it both ways. Do not arrest adults that are blocking streets and assaulting officers and hand hold a drunk until it's mommy shows up. F--kthis limousine liberal a-hole.

If someone is unable to reach someone for a ride and has nothing but the shirt on their back, tell them where a bus stop is and give them their route home. Some cities allow the bus system to accept jail admittance bracelet as fare. Don't got that round these parts? That would be a minimum or should employees always make zero effort thinking outside their outlined job duty box to improve their systems unless a law is passed, particularly in cases like this where the woman obviously is a law breaking sinner unworthy of assistance.

law enforcement happily doles out parking tickets speeding tickets, and let's people drive away and do not make people pay at the spot. Shit, get another sketch pad that is the 'sinner owes us cab fare' ticket.

all you need is a little 'misc' section on existing ticket forms and you can write in 'sinner bitch owes us cab fare', $30.

Sounds like she might have had a mini-stroke, and drove into a yard. Had another larger stroke walking home, was disoriented and died. Its odd that many people with neuro issues disappear and are found dead near or in water. Older people who get loose from nursing homes go right into forests/water, small kids go to directly to water.

The first place to look if a disoriented person is missing is the nearest body of water. Thats the starting point for any search.

When seconds count the police are only minutes away. But when they can actually do SOMETHING, "that's not my job." No wonder people want to defund them.

100 percent correct. Four hours is the hold time on DUI’s.

No wonder Jaxco can't get a Coroner.

They can release her Blood alcohol level now that she has died. Deceased people legally do not have a right to privacy, cannot be slandered (you can tell lies about the dead and never face lawsuits), and have no legal standing other than disposition of personal assets.

So what was this non-drinker's blood alcohol level? The KC Star has not ask it?

Most BACs are .151, if they have been drinking or not.