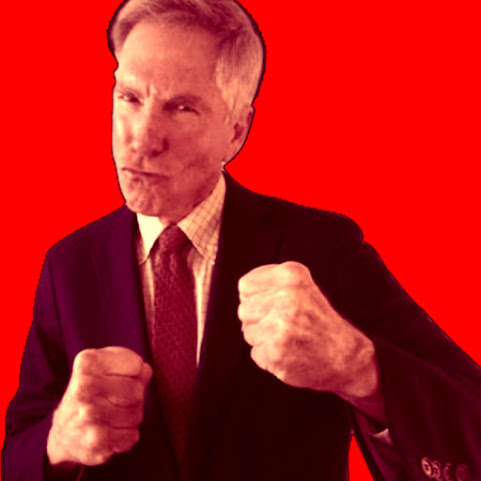 Today we check in with this town's most prolific local transit activist and his ongoing crusade to fight city hall.

#1. I have a blockbuster petition initiative to revitalize KC that the Cabal does not have.
#2. I have 3,000 registered voters supporting that petition that the Cabal refuses to place on the ballot.
#3. I am preparing to fight the Cabal in United States District Court (Pro se) over its petition abuse.
#4. I am the only citizen who has beaten the Cabal in a head to head election contest (2006 light rail election).


So if conservative President Donald Trump beats Joe Biden (and his ultra radical left running mate Kamala Harris) look for conservarive activist Clay Chastain to... beat the Cabal in federal court and then come back to his home town to lead Kansas City back to the winner's circle.

More from a would-be Carpetbagger!
Enjoy your third-class cabin on the Trump Titanic, Clay old buddy!
See you next yawn!

SAD BUT CLAY WOULD BE AN IMPROVMENT

Even if he is "conservarive (sic) activist Clay Chastain," I'd vote for him over the joke of elected politicians that are in office now. Keep voting the way you are Kansas City and you will get more Stacy Shaw action.

Clay, it’s too late. No mere mortal could make this place great again.

So I guess he's now trying to appeal to the Qanon cult by talking about some "KC Cabal"????

This guy has some narcissistic personality traits and probably should have just stayed home after his 4th (or is it 5th) defeat at a run for mayor.

KC is a silly hick town that is losing economic viability at an accelerating rate. KC politicians are all lazy hacks with no money or business owner experience. KC voters are all impoverished, both financially and intellectually. KC thinks it is a great City because they have a street car that no one uses. KC can’t be helped. If it wasn’t for the Royals and Chiefs, no one would know about this declining hillbilly town.

I vote for Clay!


Clay would be better than what we have now which is a racist black man who has no business running a convenience store let alone a troubled city.

Go away Clay. You're a sheister.

It's to late Clay. The THE TOWN in Jackson County that has a great Chance of becoming Great is Lee's Summit Missouri. Clay move there. They have a Real Train. And Coffee across from the Depot.