Back To The Kansas City Grind 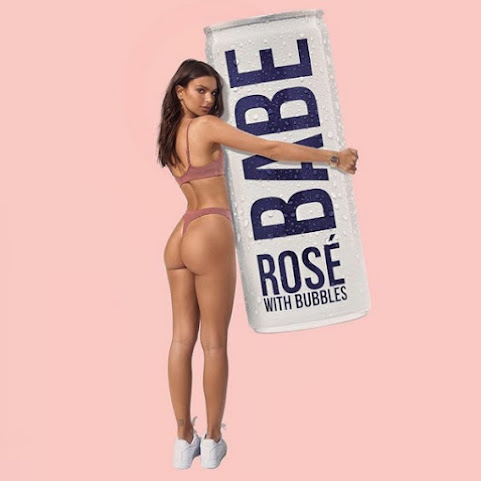 Around this dump we always play it casual on Monday and we continue that tradition with this survey of community news, pop culture and top headlines inspired by emrata and all of her peachy merch.

LEAWOOD, Kan. - Those who drive down State Line Road and make a turn onto West 86th Terrace in Leawood will find a retreat from city living. It's a space where Holly Stetler's children bring their imagination to life and where she connects with nature.

Patrick Mahomes ' latest endorsement/investment looks like it's scoring already: The Kansas City Chiefs quarterback and a star-studded roster of other professional athletes have seen the valuation of Hyperice soar to $700 million. The maker of performance recovery products raised $48 million from the National Basketball Association, the National Football League's investment arm and the athletes.

Emily Ratajkowski may have been born in 1991, but she's an '80s babe in Nasty Gal 's fall/winter 2020 campaign. The model, actress and activist, 29, collaborated with the retailer last year on her own collection, and now, she's back as the face of Nasty Gal's new collection, which will be available to shop online starting Wednesday, October 7.

Trump claims he's immune to COVID-19 and can't spread it, but Twitter says not so fast

Washington - President Trump declared on Sunday he was ready to return to the campaign trail, despite unanswered questions about his health. The statement came on the eve of a Florida rally meant to kick off his campaign's stretch run before Election Day.

I Note the Absence of a Quorum

Sen. Ron Johnson (R-WI) announced this morning that he was the third Republican Senator to contract the coronavirus in the outbreak that has overtaken President Trump and the First Lady. Like Sens. Mike Lee (R-UT) and Thom Tillis (R-NC), he will spend an indeterminate amount of time in quarantine.

Democratic presidential nominee Joe Biden holds a 50-point lead over President Donald Trump among college students, new polling data has found. According to the latest survey of students released by College Pulse and Chegg on Friday, more than two thirds of undergraduates (69 percent) intend to vote for Biden and his running mate Kamala Harris on November 3.

my Coney Barrett, Donald Trump's nominee for the US supreme court, went to my all-girls Catholic high school. We wore the same black-and-white plaid skirts and saddle oxfords and roamed the same halls, although nearly a decade apart.

Trump economic adviser: Senate Republicans will 'go along with' White House stimulus proposal despite their pushback

's economic adviser Larry Kudlow Larry Kudlow MORE said Sunday that Senate Republicans will "go along with" the $1.8 trillion White House stimulus proposal despite their vocal pushback. Kudlow told CNN's "State of the Union" that the White House expects support from Republicans in the upper chamber.

KANSAS CITY, MO (KCTV) -- From now until the November election, you might find notaries sitting outside your favorite coffee shop or restaurant. The group leading that effort, Curbside KC, started its curbside service with food to help restaurants and patrons out during the early months of the COVID-19 pandemic.

Brewing a perfect cup of coffee in Terrace Lakes neighborhood

By D'Ann Dreiling Photos by Kady Weddle Are you a caffeinator, coffeeholic, cafephile or simply enjoy a good cup of coffee? Then your next stop on Kansas City's hit parade of coffee shops is a visit to the newly opened Café Main at 3523 E. Red Bridge Rd.

Hide Transcript Show Transcript CHECKING IN FOR A LOOK AT WINDY WEATHER. WINDY AND WARM TODAY. NICK: WE ARE ALREADY FEELING THE STRONG NORTH WIND. YOU WILL PROBABLY FEEL IT ON THE DRIVE. 57 DEGREES WITH GUSTS OVER 30 MILES PER HOUR. TEMPERATURES IN THE 50'S FOR MANY OF US, HANGING ONTO THE WARMTH.

Tory Lanez - In The Air is the song of the day and this is the OPEN THREAD for right now.

of course Senile Joe Bidet leads among college students..with their uber-lib professors , on the public's payroll, filling their minds with Democrap agit-prop.

^^^^Always nice to read the opinion who still doesn't have a GED.


Anyone who endorses Mahomes is in danger of suicide. I will encourage everyone to boycott any business that supports this low life liar. BTW boycott Helzberg they use him as a spokes person and this comes after he supports BLM and they are the ones who broke into and looted their store. That's how stupid Helzberg is. Putting the fox in charge of the chicken coupe. Ha Ha Ha Ha HA HA.

Chimpy, back to The Cosby Show at once! Yo momma's callin'. She gots you a nice fat flea.

Booty Judge has an amazing way of saying nothing with too many words.

From Boobs to Butt, Emily promises to be your Nasty Gal!!!