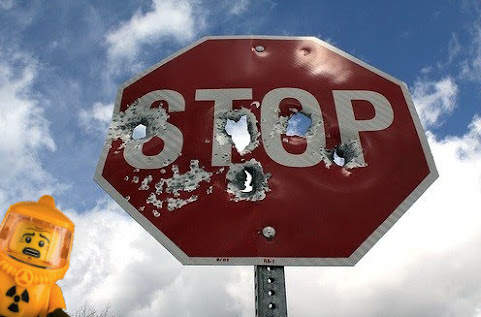 A recent murder milestone in Kansas City evoked a few earnest comments that didn't seem to convince locals that the downward death spiral will stop any time soon.

KANSAS CITY REMAINS SKEPTICAL OF PROMISES TO CURB VIOLENCE IN THE MIDST OF THE WORST HOMICIDE SPIKE THIS COWTOWN HAS EVER WITNESSED!!!

Proof: Take a look at a recent statement from Mayor Lucas wherein the most spirited discussion focused on criticism of his administration.

"You've been talking and talking and posting and posting with lots of emotional rhetoric, but you never seem to come up with a plan. isn't your primary responsibility to keep citizens safe? considering those numbers, it was an issue when you came into office. so what have you done so far?"

"Everyday I hear you say we're working on a plan on the murders in KC then I wake up the next morning to see the news reporting a killing and new covid cases. KC now stands for Killings & Covid. It's getting worse everyday. What's the plan??"

"Wonder if defunding the KCPD will help... You need to stand with the police and not against them. Without unity all around change will never happen all around."

Given the death count, these questions are fair and so far we haven't heard an answer.

Meanwhile, quotient of local violence continues to escalate and here's another round-up of the local milestone . . .

KANSAS CITY, MO (KCTV) -- Kansas City Police are investigating their 154th homicide of the year, a new record for homicides on out year. In response to the record-breaking streak of violent crime, Kansas City announced a new initiative last month to tackle the root of the problem.

Virtual panel to seek solutions to violence in Kansas City

Kansas City has hit a grim milestone: 154 homicides this year. That breaks the previous record of 153 set back in 1993, and there are still more than two months to go.

KANSAS CITY, MO (KCTV) - This year is now the deadliest year in Kansas City's history. The city surpassed the previous homicide record set in 1993 when the 154th person was killed Wednesday morning near East 66th street and Paseo. Kansas City Mayor Quinton Lucas shared a list including the first names of homicide victims in 2020.

the solution is better judges to actually carry out the laws.

The revolving door is working fine and it has broken kansas city.

You want to reduce crime, make sure there are consequences!

Um, sorry but no. That's racist.


Kansas City has been planning to curb violence for years now. What's Lucas's plan this time, knee pads for everyone who encounters violence?

Thanks, Tony, but I can read Facebook comments without you having to spin a few nutjobs into an epic screed about how you think everybody feels.

Niggas ain’t see nuffin yet. Niggas be dyin all over.

Only the black community can effectively address the black on black murder issue. Starts with accountability and ownership... and then working collaborative with others. Balloons and prayers don't get it!

Of course it does. Everything this administration touches needs to soak the taxpayers MORE. Every "Plan". Every "New plan". Escalades for everybody.

I'm a middle aged white guy (That's for info only. If I was black, same issues.).
I have a decent job and live in a modest lower middle class home (single car garage) North of the river, so my kids are lucky to attend the NKC schools. My neighbors keep their homes maintained and yards mowed and neat (with a few notable exceptions).

KC takes my etaxs, plus pretty high sales taxes. I'm trying to think of anything the city has done to improve, or even maintain, the infrastructure I frequent day to day.

I don't go to Westport, nor do most Kansas Citians. I used to visit the Plaza. No longer. I don't go to the 18th & Vine area, nor do most Kansas Citians.
My streets are in dire need of repair and have been for years. My water bills steadily rise. New city subsidized hotels, an un-needairport, Power & Light entertainment center, luxury downtown apartments and the street cars provide nothing to make the majority of KC residents lives one whit better.

Now, I have begun to worry about the violence getting too close to home amid talk of defunding our police. I have not handled a firearm since my service tours, but recently bought one. I can only conclude the folks that run this city could care less about the average citizen, except as a taxable herd to fleece time and again. They know the etax will again pass, due to the dependable apathy on the part of the public.

I am sick and tired of the continual focus on “improving” downtown. Who are we competing with and why. How about remaining a “cowtown” and a “nice place to live”.

1:33 you should know pussy bitch

^^Yes, I should know pussy, bitch, as I pound your wife's every night.

speaking of scams, anybody know what ever happened to Crazy Stacy's camp-in at City Hall?

they still sitting around out there?

Paleeezeeeee your dick hasnt touched a pussy in a hundred years, who you think you foolin’

OP, yep, every black male that has made the decision to ditch the democrat plantation and chosen to reap the bounty that America offers and moved into the middle class, think and behave just like every other male in the middle class. They worry about bills, taxes, kids, safety, keep their houses neat and clean. They don't want any part of the communist movement in the democrat party called BLM any more than we do. Unfortunately for them, for this they are ostracized from the black community, called uncle toms, house ni**** ALL FROM THE PEOPLE THAT PURPORT TO "HELP" OR "CARE" ABOUT THEM. How fvcked up is that? Talk about an island unto themselves. Black folk, hearken unto me. Democrats hate you, they just realize what a solid voting block they have in your community. Break away from the plantation actions they have forced on YOUR community for the last 50-60 years; destruction of the nuclear family, elimination of the black male role model, removal of the Church. Choose the way of the white lower-middle class conservative. Many say this way of life is mundane, bustin' hump to live paycheck to paycheck just to come home and play with your kids everyday, and maybe sneak in some lovin' with the missus at night. Mowing your yard while secretly making sure its nicer than the neighbors. No hard partying from days of youth, now just Sunday Church then BBQs with friends and neighbors. This is what conservativism offers you, but you have to want and embrace it for it to work. GL.