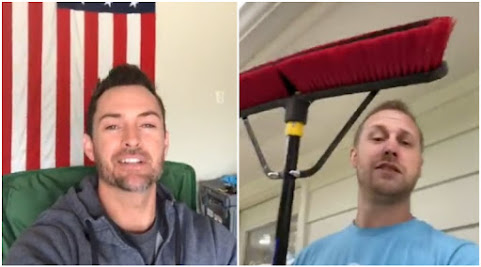 Even so-called "grassroots" organizers need cash to fund their ambitions.

The clips are pretty cringe-worthy and offer confirmation that organizers aren't as altruistic as they first claimed AND it's harder to influence politics in the real world than it is to get a bunch of worthless social media accolades.

And then, Kyle offers a nice broom analogy to begin his remarks whilst imagining that people have 500 bucks to finance this effort.

Organizers say they need money for billboards, t-shirts and signs along with paying signature collectors. Kyle was the first to talk about a $50K goal whilst Brad acknowledges that this cash will ALSO be used for other candidates and causes beyond the recall effort.

Behind the scenes, a few of our GOP friends are actually surprised these guys took the bait and will inadvertently offer up their donor list publicly for smarter right-wing local political consultants to effectively mine.

Admittedly, we thought these guys were smarter than this . . .

Still, we're certain that these rising stars know that they're dancing on the line of all the rules & regs which govern ballot initiatives by way of the Missouri Ethics Commission. These are smart guys who, obviously, now understand that many people might now categorize their efforts as a political action committee.

We're sure they're dedicated to documenting every penny and collecting info to hand over to officials should they ask.

They WILL NOT make the same mistakes that have confronted other right-wing efforts. Obviously!!!

Again, we want to remain objective here and whilst political FUN-RAISING can be tricky, again, these look like really smart dudes who obviously wouldn't trust the wrong people and get in over their heads.

Moreover, begging for money online no longer has the negative stigma that it once held at the outset of the Internets age. Heck, even former Disney youngster star Bella Thorne is now on a pr0n site asking for donations from her most dedicated fans. 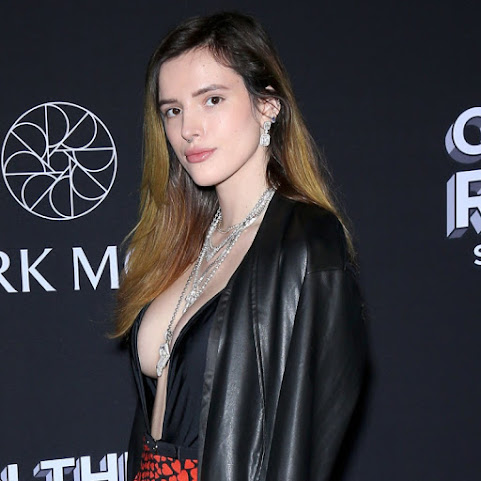 No hate here . . . If people want to give their cash to a group of Northland political noobs in hopes of recalling the Mayor, that's a perfectly acceptable decision despite the fact that the American economy is struggling amid the ongoing economic impact of a pandemic.

In fairness, we offer a look at Recall Mayor Q pitch so that readers can decide for themselves . . .

Even better, the website is smart not to make any specific promises: "Your support and contributions will enable us to get the word out and remove the corruption in Kansas City politics."

WILL YOU GIVE THESE NORTHLAND POLITICAL NOOB DOODS MONEY IN HOPES OF RECALLING MAYOR Q???

I don't think a fiver is going to hurt anybody.

Um, they might need a little bit more than that cheapskate!

I think Brad had more details on how the money will be spent. So far their progress has been good. Better giving to these guys than donating to some of the other shady causes out there.

If you are being paid you are not a volunteer.

TKC, you are being way too nice.

A poor person and their money are quickly separated.


Of course they need money you don't expect them to get the word out and run all over the city for free do you? BLM make millions through two foundations and foundations only have to give 10 % to the cause.

Help them out recall Lucas he's stealing from you and he's a radial racist pouring money into failing areas using tax dollars. If you can't see this guy is a psycho you have a real problem. Are you O.K. with the street graffiti. Will he let you paint white lives matter on the streets? He won't let you go into a store without a mask but he will let the Marxist riot with no problem. That is dictatorship and you can't argue with that.

sending people out in the middle of a pandemic? Very, very smart. They must be really smart guys!

There's a sucker born every minute ...

9:20 and Lucas is the biggest racist sucker of them all, blm will chew him up and spit him out if he doesn’t do what they command him to do.

10 bucks isn't so much to ask. I was glad I sent it to them if it gets Quinton out of here!

^^^ Donate it to your church instead.

BLM and Antifa pays for "protestors" it is only fair.

F--k BLM and the NFL

BLM is front group for the Demoncrats.

The sock puppet gets money from all you dumb asses.

It’s not the mayor or police Chief we need to get rid of. We need a prosecutor that actually prosecutes crimes. If willing victims knew about how many cases were dismissed by prosecutorial discretion they would realize where the problem is

Vote for Basement Joe Biden if you desire higher taxes and you support riots, murders and anarchy.

Any effort like this costs money so asking for donations isn't to me out of line at all.

All the silliness reminds me of a past KCMO firm - "Weinrich Zitzmann Whitehead".......can you believe they used the name Zit and whitehead in the title? Kind of like a clearasil commercial. They raised money to repair the old Thayer office building and it was a waste - its just a old pit of bricks. The silliness in KCMO never ceases to amaze me.

It figures, since your readers bought into it wholesale.

I will give them money, it's worth it if we can get quinton out there. I don't consider it begging. I call it an investment. An investment in KC''s future.


Likass is useless, and KC's next mayor could even be worse..

Anonymous Anonymous said...
^^^ Donate it to your church instead.


Yes, please send money to my Church of The Backyard Rock. I will then pray to my 4 billion year old rock on your behalf. I assure you, one and all, my prayers will be every bit as effective as yours. Thank You and gawd bless.

I will send them 20 grand in wooden nickels. Loves these guys. Would love to stroke their pants!

@11:05pm for the win!
KCMO's silly season never ends and there's an endless line of self-appointed "leaders", programs, causes, demands, complaints, and cries for "funding" that amount to nothing more than people desperate for attention crying out to the public.
And, of course, what passes for local media fawns all over them and tries to make believe that there's anything serious there at all.
Meanwhile, the actual hard work of governing the city and spending tax money with at least a small degree of common sense and responsibility is ignored.
Everyone on the showboat day after day!
The folks who had the good sense to choose to live in one of the other 114 municipalities in the metro, many in Kansas, just watch this constant amateurish and very expensive show starring D-list celebrity wannabees and laugh and congratulate themselves on their excellent choices.
Fun to watch.
But sad.

Kyle is cute. I’d be happy to help him stress relief at the end of the Day.

I'd consider donating if I knew who the replacement would be. As wishy washy as Lucas is, he's a better choice than most of the local politicos. Where will they find someone who will stand up to the mob? Not in this Democratic stronghold.

The best part is, even if he is recalled, he can run again, win again. And then laugh at all these idiots who wasted their money when they should’ve been putting it towards their truck payments and Trump T-shirts.