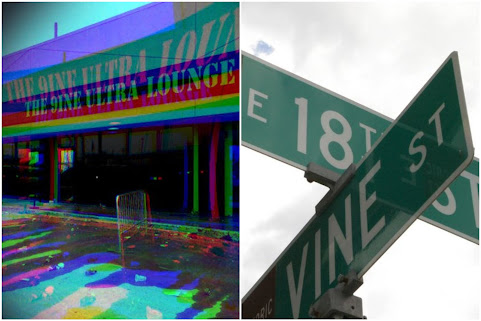 Politics is the art of the possible and a recent club shooting crisis has paved the way for a longtime money losing Kansas City entertainment district to ask city hall for more money additional resources.

To wit and given legislation we covered FIRST back in June . . .

"We're quick to blame black-owned businesses when things go wrong . . . But KCMO does nothing to help prevent violence in OUR entertainment venues . . . 18th & Vine needs the same kind of protection that P&L District gets . . ."

A few references to Chadwick Boseman and BLM were edited out for the sake of brevity . . .

The newspaper is also helping advance this argument behind their paywall and without any context:

"The 18th and Vine entertainment district sits in the heart of the urban core. City Councilwoman Melissa Robinson said the neighborhood lacks the financial resources to pay for off-duty police and security officers, which can be found in abundance in other entertainment districts, including Westport and the Power & Light District."

Now, in terms of helping 18th & Vine and resources allocated to the jazz hotspot . . .

The 18th & Vine Jazz District has garnered over 100 MILLION BUCKS worth of KCMO taxpayer investment since the 1990s. Still, the district has yet to develop a profit model or curb rampant violence near venues after hours.

Fox4: KC could shut down 9ine Ultra Lounge after second shooting, but owner says it wasn’t his fault

Sorry, no money for this.

Covid is setting the budget priorities. It's sink or swim time for taxpayer supported projects. KC can't spend money on clubs when we can barely keep the lights on.

Hate on the ultra lounge all you want, at least they weren't taking taxpayer money.

Nobody goes to the Jazz District except occasional days for the Negro Leagues Museum which is great. The CID can't afford police or security and the business' won't spend the money. There's just nothing to do there and black clubs attract folks who get mad and shoot one another. Simple fact. Nine Ultra had no security and the folks there were not licensed to provide security. On the cheap and hip-hop equals dead folks. Westport's Califono's Sunday afternoon deck parties equaled a dead black Lee's Summit cop just there shooting pictures. Its the attendees and venue.
Some people don't know how the act and they carry guns to prove it.

Always the hand out, always the handout. 18th and Vine should be privatized and ALL public fund should be cut off. The 3rd district hustlers and pimps have been screaming for money for years. Clever started this and Reed, James and other council members continued the entitlement funding for years. At the same time basic services for other parts of the city such as road maintenance, police have been deferred.
18th and Vine is a detriment to the city in many ways.

Maybe this dumbass councilwoman should understand business. P&L can afford to pay for off duty officers because they attract business.

And isn't it amazing that you have a black council person suggesting they need more police protection......lol

The silent majority's give a shit is about wore out. Earn it or go away.

No more cash for this district until there is a complete overhaul of management. They have had enough time and money. They're holding back the rest of the east side.

I don't understand why the Jazz District doesn't just use the same business model as Kenosha. During riots (let's face it, the first fire turns a protest into a riot), businesses hired civilians with guns to protect their property. The Jazz District doesn't need to hire high-dollar off-duty cops. I bet they would have people lining up around the block with their Glock-40s to help protect those businesses for $5 an hour. And they need to - the one and only time I visited the area with out-of-town guests to visit the Negro Leagues museum, our car was broken into. The thieves broke into our car to steal our leftovers from Gates BBQ. haha. I'd never go back, and I tell everyone I know not to go. Glad my taxes don't pay for that black hole for money.

Yet another handout to serve an overblown local myth in the hands of comical incompetents.

Melissa Robinson is in position to be able to deliver the funds needed for security. Since much of whatever is left of 18th Vine so-called historic district is City owned, this conversation doesn’t need to be just another shake down of the establishment. They own and operate the buildings. This doesn’t need to be a media blitz... just do it. For the love of God... is it that hard?

haha 11:30
I seen a recent FB video from 18th n Vine and you're right the fatties in fishnets and spandex is disgusting.

^^You "seen" a recent video Cletus? Goddamn, why are white people so fucking dumb?

However, she is demanding taxpayer funds for off-duty police officers for the 18th and Vine Jazz District. Fat Bastard says its dangerous at 18th and Vine.

I thought all BLM members were peaceful, fun loving folks?

What up Melissa ? Eat a tuna Hot Pocket and chill out.

When blacks continue to behave this way and continue to exhibit behavior as seen in Chicago and other democrat run places, the more they bring back segregation. As they continue to segregate themselves, the more they like to blame all other people except for themselves and the communities they live in. Black men have no sexual restraint, let alone black women. The more welfare pays for them, the more they like to have sex with multiple partners without thinking about the consequences and as a consequence, pop out more bastard spawn raised by single parents (usually the mothers) who also grow up learning their 'morals' on the streets and from gangs. Why does this behavior seem to exhibit itself mostly in black communities? Now I've known several white children that have been raised by single mothers, but those mothers at least have had two parents themselves whom are more than willing to accost their children who make such stupid mistakes.

Defund 18th & Vine! Us 'white folks' stopped going down years ago. The businesses and people ....not very welcoming. Have the 'black community' pay for their own playground.

It would be cheaper and worthwhile to just let customers of 9ine Ultra and 18th & Vine shoot each other. No security needed, just have at it. It would be neat if 50 or so hood rats got shot every weekend.

^^I know right!!?? What would be even better if we lost a couple hundred geriatrics to COVID everyday too! Wouldn't that be awesome?

10:10 nails it. Jazz District has had MILLIONS poured into it over the years and it’s no closer to being lucrative or even self-sufficient than it ever was. KCMO has desperately needed infrastructure work that is continually ignored in order to fund frivolous endeavors like 18th/Vine. Time to cut it off the city titty.

Defund the police! But send us more! Yeah, that makes sense.


HA HA HA HA Melissa Robinson is a black women who probably wants to defund police and she says there's not enough money to pay for off duty police to protect the area?

So which is it Melissa? Defund the police or stand with them? BLM or Back the Blue?

I have an idea.....STFU and go eat another cheeseburger stupid pig.

Council!!! Not another penny for this money pit!!!

No one goes here. It’s a money hole. Blacks think they’re entitled. This area sucks. The inhabitants act like white people shouldn’t be there. Now, want money. Shove it!

Really have never seen geriatrics behaving like your run of the mill yard monkey. Don’t see geriatrics our shooting people. Do see a ton of blacks who feel like they’re immune to the
law. My advice is you negroes keep shooting each other......thin that herd dumbshit.

Life long jazz fan. In my opinion most people who enjoy jazz are not fans in the same sense as rock fans who enjoy visuals. We enjoy the music but the idea of visiting a museum of jazz artifacts doesn't interest me in the least.

Didn’t trump say the feds were going to fix the crime, then lied about it saying how much of a success it was? Yeah, that happened. The Fed’s didn’t fix shit. Just went for the low hanging fruit, time and money.

9:23 don’t believe they said that. They offered help but need local help. That’s where Mayor McNeely comes in but he’s nowhere to be found other than trolling for pecker in the closest gay bar. I think he and your Daddy may be hooking up.