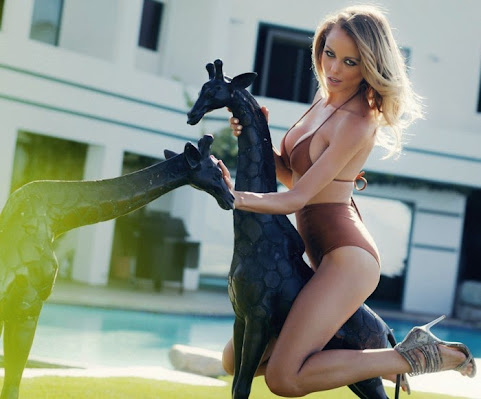 With respect to animal lover Lucy Ford and her body of work, here's a quick message from an activist friend who shared a decidedly alternative hot take . . .

"Today taxpayer funded Kansas City cruelty claimed another life as locals pay for an ongoing animal massacre for the amusement of residents who have ignored the continued and repeated suffering of prisoners at this facility."

"The Kansas City Zoo announced on Thursday the loss of a second giraffe to stomach issues. Lizzie, an 8-year-old Masai giraffe born at the zoo, was euthanized last week due to continued gastrointestinal issues that could no longer be treated.It was determined the Lizzie had rumenitis and salmonella. Dixie, Lizzie's 2-year-old daughter, passed away from the same complications about two months ago."

maybe they can recycle the food to help the homeless?

Shame on you, Bandit. That giraffe deserves better. Let KC’s wildest animals eat each other.

Bandit is a Russian bot. It's not real.

Far more real than you.


The zoo needs to be closed down. Black people have ruined that for us too.

^^and yet it won't and you're just a scared geriatric fucktard. Weird.

^^Your not. You're a Russian spammer. Bad one too.

Free the animals! Replace with blacks!

Maybe they can replace the African Velt with a tram ride over East KC. You would probably want Kevlar reinforced panels and bullet proof glass in the tram itself to keep the ticket holders safe. Still, it would be a good way to observe the wild life from a safe distance.

Leave it to Kansas Shitty not to even be able to get a zoo right. 🤣

Bandit's job is to sit in his crummy Moscow apartment and type divisive crap all day. He hates everyone and everything bacause his life sux.

Has COVID jumped species from humans to giraffes?

The Giraffes got killed from stray Gunfire from the hood ! The Mayor is covering this up..... The whites can tolerate Blk/Blk Murder but kill an animal the white will turn on the Blacks in a second. Cover Up !

Though no 2 giraffes share the same pattern, they've been observed jump-starting a Ford at the same time!!!