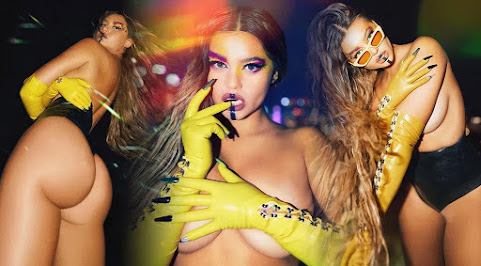 
Chiefs president: Eyes of nation will be on Chiefs fans

When the Kansas City Chiefs take on the Houston Texans Thursday night to kick off an NFL season unlike any in history, a national television audience will tune in to see Patrick Mahomes and the reigning Super Bowl champions play football.


What You Need to Know to Vote in the 2020 Election

In less than two months, it will be time to vote. But now is the time to make sure you are registered and have the information you need to make sure your vote gets counted. With the maze of confusing guidelines and messaging of how to vote constantly in flux, this guide serves as a cliff notes version with everything you need to know.

KANSAS CITY, Mo. - Many Kansas City families found themselves needing help getting food for the first time since COVID-19 hit, and organizations like Harvesters have stepped up outreach efforts to help those facing "food insecurity." Food insecurity, according to Harvesters, is when someone doesn't know if they will have enough food from day-to-day or for everyone in a household.

Sofia Jamora shared two updates to her Instagram feed today and unveiled her magazine cover for NUDE. And in her newest three-part photo series, she showed off her figure in a racy, topless outfit. In the first picture, Sofia stood with her back angled toward the camera and wrapped her arms around herself.


The Atlantic gained 20,000 subscribers after Trump dismissed it as a 'dying' magazine

President Trump wrote The Atlantic off as a "dying" magazine last week after it published an explosive story about him allegedly disparaging Americans who died in war.

Expert Reminds MSM That Panic Is Not Presidential

Olivia Winslow and Camryn Amy, 21, were caught on camera on August 20 The pair were outside the DNC in Wilmington, Delaware, as Biden spoke They spotted a Trump-supporting mother and her seven-year-old son Amy picked up a MAGA baseball cap on the ground near the child The boy asked

We’ve All Got Our Doubts


Former Intel chief had 'deep suspicions' that Putin 'had something on Trump': book


World's wildlife populations have fallen by an average of 68% in four decades, World Wildlife Fund says

The world's wildlife populations have fallen by an average of 68% in just over four decades, with human consumption behind the devastating decline, a new World Wildlife Fund report warns.


Pitching dominates in 3-0 win over Cleveland

The Royals salvaged at least a split of the four-game series with Cleveland by taking down the Tribe 3-0 on Wednesday. For the first time since the season opener, Danny Duffy took the mound at Progressive Field. Facing a struggling Indians offense, Duffy worked through the first four innings without much trouble.

On the eve of the Here's what they said: Kansas City Chiefs season opener against the Houston Texans , we asked our contributors to make their boldest prediction for the 2020 season. The Bills, Dolphins, Jets, Patriots, Ravens, Texans and the AFC West teams. These are the AFC teams the Chiefs will face in 2020.

Hide Transcript Show Transcript HA OF OUR DAY TOMORROW, SO, THIS EVENING A LOT OF CLOUDS. YOU MAY NOTICE A LITTLE BIT OF DRIZZLE HERE AND THERE BUT I THINK WE'LL SEE A LOT OF DRY TIME FOR YOUR WEDNESDAY EVENING CLOUDY AND COOL TEMPERATURES HOLDING IN THOSE LOW TO MID 50S SOME SHOWERS MAY BEGIN TO ROLL IN HERE LATE THIS EVENING AFTER NINE O'CLOCK.


If you are a true American and you love this country and can see how selfish the Chiefs are you won't support them. If you don't care and football means more to you than whats happening in our county then go ahead, but that also makes you a traitor. Their kneeling is not about free speech it's about hatred of cops and hatred of country even when they are doing so good. Do you see the chiefs helping anyone they kneel for? NO YOU DON'T but you will sure see them ruin the super bowl parade with their drunkenness and selfish behavior when people supported them. Say NO to the NFL and COWARDS that kneel but don't do anything.

Nice pic of chimpy's mom, or a blm activist.

When they come out with their BLM garb and decals then take a knee, a simple boo would be appropriate to subtly make a point of fan disapproval.

BTW if the team wants to also further equality, give the tickets away to Intercity youth rather than charge ridiculous prices that only the wealthy can afford.

if coats was head of intelligence and had access to everything and he has no concrete facts, well he has nothing at all and that's good news.

if he detested trump, why did he go to work for him?

(it's easy to see trump as unlikeable as a boss, but why go to work for him in the first place?)

finally, coats is lowering himself just like mattis to weakly criticize a former boss. it's divorcing spouses venting in public; it dimply isn't attractive.

TOP PHOTO -- GRIN AND BARE IT

Recent immigrant Sofia was glad to land the understudy role to the basement blogger, even if the work uniform was bottom-line skimpy!!!

Ari forgets that panic, fear and divisiveness are the tools that were used to win the last Presidential Election. That and a good deal of gerrymandering.

My moral compass is set by billionaire sorts owners and millionaire athletes.

Yes, the eyes of the entire country are on the Chiefs' fans.
Just like the 25 million "tourists" who flock to the city each year, even though most of them live within 50 miles.
Even though most of the country thinks that Kansas City is in Kansas and couldn't place it on a map.
Maybe kneely Lucas needs to get on national TV some more and "debate" with commentators who are more than willing to help him make a fool of himself.
Fantasyland on the plains!

Trump? The guy who's basic re-election strategy is to scare people in the suburbs that rioters and looters are coming if he's not elected (nevermind he's the POTUS and all this shit is happening)...didn't want to make people panic?

Yeah, that makes total sense. If you're a stupid fucking Trumptard.

this weather is a buzz kill for the game.

Soooo, we still going with the defense that Trump was distracted by the "phony" impeachment or nah?

Of course those talking points are working with weirdo QAnon types like 8:26. Why don't you just give up the Republican moniker, there is no longer a Republican Party. It's a cult now.

Everybody quiet! The smartest person in the room is going to tell us how wonderful the world will be under Democrat control. Please tell us why the country needs to become Portland. we're listening!

Typical hateful Democrats who do not like families or children.

No defense necessary, as no one gives a shit. The impeachment was a farce that helped Trump. Di it again! Lol

He takes an actual position on rioting and 'mostly peaceful' protests, which is more than Sleepy Joe was able to do until the Dems realized their total cowardice on the issue was probably going to cost them the election.

Which it will. Enjoy your BLM branding!:)

Explain to us how to gerrymander a presidential election. Change states' borders?

If you listen to President Trumps interview with Woodward; what he says makes total sense.

What does Hollywood want Trump to do; scream "Everyone is going to die of corona virus". Media are like little children twisting Trump's words to fit their narrative.

Woodward is a slime ball as President Trump was trying to be forthright and Woodward uses his interview with the President for Democrat Communist propaganda.

Biden cowers in his basement and pisses his pants but the Media is mum on that.

Will the Chiefs take a knee tonight? I hope not.