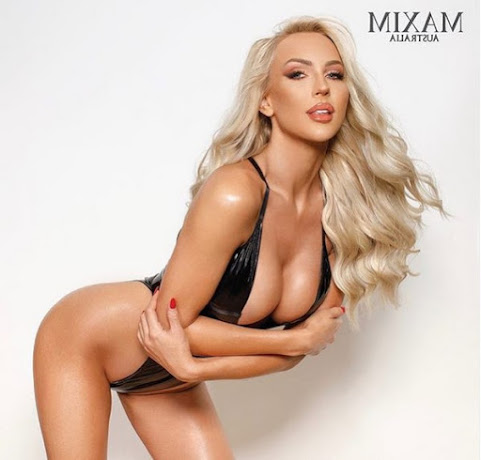 Right now hottie Christine and recent promo of her her executive body of work inspires us to check community news, pop culture and top headlines.

OVERLAND PARK, Kan. - Chances are you or someone you know has had to change jobs during the pandemic. 41 Action News recently found a man who lost his last job - but gained a new one - because of COVID-19. Before the pandemic, Craig Boyle worked for an indoor amusement park in Johnson County.

The University of Kansas Medical Center said Tuesday it will be participating in a "unique nationwide clinical trial" that will allow for the testing of multiple agents to fight COVID-19. Known as ACTIV-2 (Adapt Out COVID), this trial is part of the Accelerating COVID-19 Therapeutic Interventions and Vaccines effort announced by the National Institutes of Health this spring.

KANSAS CITY, Kan. - Local leaders in Wyandotte County cut the ribbon on a new juvenile justice center Monday. The $27 million building is located near 7th and Ann. Until now, kids who got in trouble with the law were housed across the street in a facility that shared a building with adult inmates.

'Selling Sunset' star Christine Quinn covers Maxim: 'This is what a CEO looks like'

Christine Quinn knows that professionalism and plunging necklines aren't mutually exclusive. The 31-year-old "Selling Sunset" star and Oppenheim Group real estate agent sizzles on the October 2020 cover of Maxim Australia, clad in a wet-look leather bodysuit from Julian Mendez Couture that shows off her curves. "This is what a CEO looks like.

Romney supports holding a vote on next Supreme Court nominee

Romney said he was merely following the law in making his decision rather than taking a position based on the recent blockade of President Obama's Supreme Court nominee, Merrick Garland, during the 2016 election. Romney said the "historical precedent of election year nominations is that the Senate generally does not confirm an opposing party's nominee but does confirm a nominee of its own."

Ninety out of the estimated 270-pilot-whale pod that became stranded on a sandbar off the remote West Coast of Tasmania have died in one of Australia's worst beaching events. Rescue teams from the Tasmanian Marine Conservation Program had managed to set free 25 whales on Tuesday, many of which were "relatively inaccessible" by boat, and hope to save more in the coming days.


UR Phone Hates You

PITTSBURGH (KDKA) - Experts say spending too much time on social media can be damaging to your mental health, especially when consuming too much negative news. Are you finding yourself wasting too many hours online? We have all been there.

GLADSTONE, Mo. - There's a community vegetable garden behind Antioch Middle School with a somewhat unusual name: Squib's Harbor. Cindy Woods, a longtime teacher at the school, explains the name honors her son, Marcus. "When he was born I looked at him, and I said he looks like a squib," Woods said.

COVID-19 has put a lot of careers in jeopardy, especially entertainers who don't know how soon they might get back to work. There is a new website that's helping pay the bills and it's like nothing you might expect.Mikey Needleman is a music man.

Enjoy a cool evening under fair skies while a gentle southerly breeze coasts across our area. Temperatures will cool into the upper 60s shortly after sunset before slipping into the middle to upper 50s by daybreak Tuesday morning.

Sam Smith - Diamonds is the song of the day and this is the OPEN THREAD for right now . . .

Justice Ginsberg stated, “I have heard that there are some people on the Democratic side who would like to increase the number of judges. I think that was a bad idea when President Franklin Delano Roosevelt tried to pack the court. His plan was for every justice who stays on the court past the age of 70, the president would have authority to nominate another justice. If that plan had been effective, the court’s number would have swelled immediately from nine to fifteen and the president would have six appointments to make. You mentioned before the court appearing partisan-. Well if anything would make the court appear partisan, it would be that. One side saying when we’re in power was only to enlarge the number of judges so we want more people to vote the way we want them to.”

I think it's a bad idea, too, but I also think McConnell's hypocrisy is bad. Perhaps every action does result in a reaction.

Do you think Democrats should just roll over, Baby Burt? Is that what Team McConnell (they're so far past traditional Republicanism they no longer deserve that name) would do?

If the Dems were in power in the Senate and Executive branch they would already be holding hearings. Keep whining libs. Too funny!!

The libtards are screwed and they know it. There isn't a damn thing that they can do but act like five year olds who didn't get the toy they wanted for Christmas. Damn this is fun to watch!

Gavin Newsom’s Chief of Staff Ann O’Leary tweeted out that she’s ready to lie down and block GOP senators from entering the US Capitol to vote on the next SCOTUS justice.

And if you libtards want somebody to blame? Go kick Harry Reid's ass. He was warned that this would come back to bite the Demonrats in the ass and they wouldn't listen!
🤣🤣🤣🤣🤣🤣🤣🤣🤣🤣🤣🤣🤣🤣🤣

When the Senate votes on President Donald Trump’s replacement for Supreme Court Justice Anthony Kennedy, just a simple majority will be sufficient to get through the confirmation process. It’s a vote that Democrats – who have 49 seats – seem more than likely to lose. Gone is the filibuster rule that required 60 votes to move forward.

In 2013, Reid invoked the “nuclear option,” a historic move that changed a long-standing Senate rule, dropping the number of votes needed to overcome a filibuster from 60 to a simple majority for executive appointments and most judicial nominations — a decision he justified because of trouble getting through court confirmations in the latter half of the Obama Administration.

Have a nice day libtards! 😏

George Soros killed those 90 whales. He hates they cause they are Republicans! And they are fat.


Hey local man playing the shitty guitar as I walk by.

I have a tip for you. Get a real job motherf*cker!

F*ck you China Joe Biden and your shit for brains comments.

Hey, hey China Joe; how many Chinese dicks did you blow !

A vote will happen. She will be replaced before the election. There is nothing you can do about it. These are your rules. Thank Harry Reid. Sucks don't it? Too bad! Have a cup of get the fuck over it. Please continue acting like five year old children if you want. It's absolutely hilarious to watch. You are making fools out of yourselves and winning no one over.

^^^
I'll have a better day than you because you're only looking forward to a hungry man dinner and hate.

Another fine example of the libtards completely losing their shit.

Damn this is so much fun to watch!