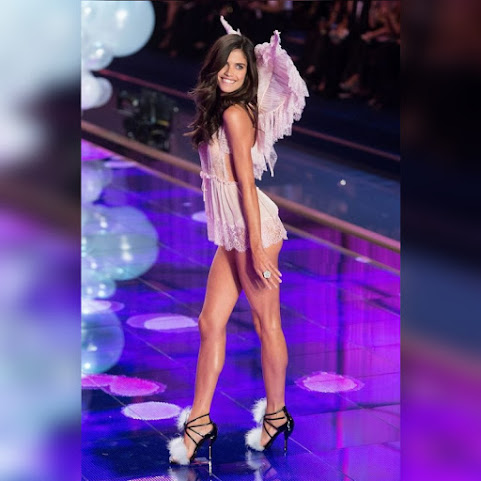 Let's try this again . . . For our early morning readers we share this peek at pop culture, community news and top headlines for right now.

Scare enthusiasts in KC return after shooting on opening night

KANSAS CITY, MO (KCTV) - There was panic in the West Bottoms last night when two people were shot near The Edge of Hell and The Beast haunted houses on opening night. Kansas City police are still investigating that shooting.

KANSAS CITY, Mo. - One woman who visited the Jackson County Courthouse Saturday night did so to show her daughters what "powerful women can do." Alicia Guggenmos was among those who congregated to honor the life and career of Justice Ruth Bader Ginsburg, who died Friday. "She never gave up.

Ridership On Amtrak Down 75%

The downtown Washington Amtrak Train Station, which was once the seventh-busiest Amtrak station in the state, has seen ridership figures plummet in recent months as the COVID-19 pandemic rolls on. Marc Magliari, a media relations official for Amtrak, said ridership at Washington has fallen about 75 percent compared with last year, when more than 12,900 people boarded trains at the downtown station.

President Trump has given tentative approval to a deal that will keep TikTok alive in the U.S., resolving a months-long confrontation between a hit app popularized by lip-syncing teens and White House officials who viewed the service as a national security risk. TikTok downloads were set to be banned in the U.S.

Joe Biden claimed in 2016 that it was the 'constitutional duty' of a president to name a Supreme Court nominee even in an election year At the time he criticized Republicans for delaying the process Republican senators were delaying the confirmation of Obama's pick Merrick Garland Yet on Friday, Biden

A package containing ricin poison that was addressed to US President Donald Trump has been intercepted before it reached the White House, officials told US media. The letter was discovered at a screening facility for White House mail earlier this week, the officials said.

Rep. Alexandria Ocasio-Cortez has braced her supporters for a very different future than they may have expected -- even if presidential nominee Joe Biden and other Democrats prevail in November. "There's no going back to brunch," the New York Democrat warned in an online post.

A blue moon will occur on Oct. 31, 2020. That's right, a rare phenomenon on Halloween night - talk about epic!What is a blue moon?Now in a perfect world, a blue moon would most likely mean that the moon appears blue during the night. That's usually not the case, unfortunately.

Thieves cause $200,000 worth of damage at local church

KANSAS CITY, MO (KCTV) -- The pandemic has pushed some people to desperation and even crime. That's what a local church believes has led to thieves stealing from the congregation, leaving behind a trail of destruction in the process and causing more than $200,000 worth of damage.

KANSAS CITY, MO (KCTV) - Most schools in the Kansas City metro have now been back in session for a week, and while many students are glad to be back in class, there have been COVID-19 issues at schools.

Hide Transcript Show Transcript SUNDAY. EVENING FORECAST, TEMPERATURES GRADUALLY COOLING FROM THE UPPER 60'S AND LOW 70. LOWER 60'S BY LATER IN THE EVENING. THE LOWS BY TOMORROW MORNING, UPPER 40'S AND LOW 50'S. IT WILL FEEL LIKE FALL OUT THERE TO GET SUNDAY STARTED. 51 FOR A LOW IN KANSAS CITY.

AOC - all bra and no brains. Typical, typical.

^^^ Aren't you confusing AOC with "Amanda, The Empty Thong"?

Some guy obviously to AOC seriously when she told him to "fuck my brains out!" Mission accomplished. I love it when she runs her mouth. She torpedoes the Demonrats every single time!

The pandemic has pushed some people to desperation and even crime. That's what a local church believes has led to thieves stealing from the congregation


No push needed. We have a thriving criminal population regardless of pandemic.