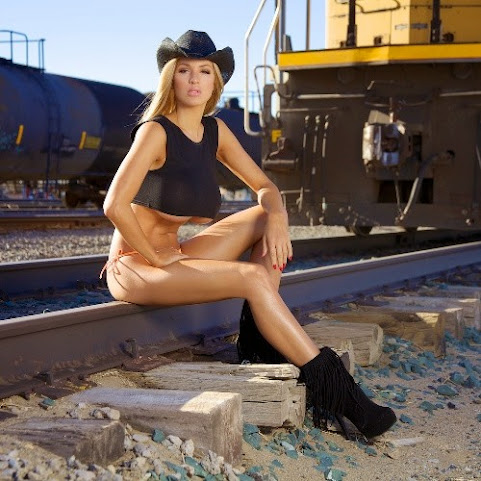 Blackstone Group and Global Infrastructure Partners (GIP) submitted a fresh takeover bid after an earlier attempt was rebuffed by the company, the people said, according to the report. (on.wsj.com/2QPlsss)

WSJ had reported in July that the buyout investor group was considering a takeover bid for Kansas City Southern in a deal valued at about $20 billion.

Imagine sitting your bare ass on a rusty, grimy chuck of steel. Wait, that thought would probably arouse some of the posters here. Never mind....

Damn tony were you get that stuff? Sweeeet.

When railyard security apprehended a freighthopper near Strawberry Hill, she was found in a squatting cowgirl position!!!

She looks like the gal I met who works in a bank in Tonganoxie. After many visits there, during a vacant lobby moment, she asked me if I wanted to "fool around" with her that weekend. My response: I am not a fool. I am not interested in catching whatever STD you have picked up with your extracircular fun. I still bank there -she ignores me. She was frankly to old -probably about 50.