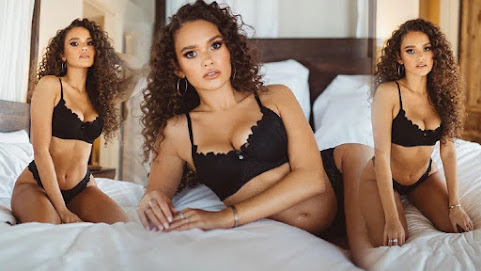 Right now 22-year-old hottie Maddy inspires this peek at pop culture, community news and some of the most important top headlines for the weekend.

Maybe Kansas City B-Ball Is The Answer After All

The Kansas City Police Department says it is trying to build trust in the community. Community interaction officers are not necessarily the ones you see at crime scenes. In fact, their job is to intervene long before a situation escalates.Officer Richard Marquez with Metro Patrol said violent crime is a problem here.

After hearing that Pendleton Arts Block resident Margarita Friedman, all 5 feet 2″ of her had started to personally to cut the grass on the North portion of Independence Plaza Park in preparation for the Tai Chi class she leads on Saturdays, Ambassadors with the Independence Avenue CID stepped up and filled in where the city's Parks Department dropped the ball.

OLATHE, Kan. - High school athletes on the Kansas side of the metro will be taking to the courts and fields for the first time since the pandemic began. Olathe and Blue Valley school districts have both decided students can resume practices and competition for fall sports and activities.

Madison Pettis took to Instagram to reveal that she's the newest celebrity ambassador for Rihanna's Savage X Fenty lingerie label. The Five Points star modeled a lingerie set from the brand in a series of steamy photos, which she shared with her 3.8 million followers on Wednesday, September 3.

Rapper Tekashi 6ix9ine, whose real name is Daniel Hernandez, gave his first post-prison interview to the New York Times. He said in the interview that he's regularly compared to President Donald Trump. He also said he'd vote for Trump in the upcoming presidential election, after asking Times reporter Joe Coscarelli if felons could vote.

Reporters who were able to ask questions at Joe Biden's press conference Friday were torn apart by critics for failing to properly grill the Democratic presidential candidate.

President Donald Trump has repeatedly questioned why Americans who served in Vietnam went to war, according to someone who has heard him make the remarks.

A peaceful protest began at Martin Luther King Jr. Memorial Park at Manhattan Square in downtown Rochester at 6:30 p.m. Friday. After a few hours of speeches and prayer, including a speech from Daniel Prude's brother, Joe Prude, the group of hundreds began a march through the city - heading down East Avenue, to Alexander Street, to Monroe Avenue, down Chestnut Street.

President Trump has ordered his administration to stop paying for so-called "critical race theory" diversity training in federal agencies, with a top official calling the sessions "un-American propaganda," The Washington Times has learned.

Photographer Amber Dawkins is a self-proclaimed lover of all things Kansas City. With her camera in tow, she spends her time shooting listings for real estate agents, freelancing for local magazines, and even photographing family and senior portraits in the metro's most recognizable parks and landmarks.


Pitching your startup to investors is about more than selling an idea, says Pitch Perfect leader

Perfecting a startup pitch depends on a founder's ability to move beyond mere product knowledge and talk the investors' language, said Kathryn Golden. "The reality is investors aren't buying your product; they're not customers," explained Golden, programs director at the Enterprise Center in Johnson County.


Saturday will be hot, humid

6IX9INE- TUTU is the song of the day and this is the OPEN THREAD for Saturday . . . Keep scrolling for more local links . . .

KANSAS CITY, Mo. - The National Science Foundation awarded the University of Missouri-Kansas City $100,000 to support the Integrating STEM Education Research Collaboration for Regional Prosperity. The conference is designed to support researchers in science, technology, engineering and math education (STEM) as they collaborate to identify challenges, create opportunities and solutions to impact and educate [...]

KANSAS CITY, Mo. - The Ivanhoe Neighborhood Council is hiring part-time help to clean up their community. The money mostly comes from a COMBAT grant at a rate of $8.60 an hour and they're looking for young members of the community. There's room for about ten people to be a part of this program.

LEXINGTON, Mo. - Saddle up for a horseback ride and fun adventure at Big River Ranch, which also offers camping and other lodging along with events at the 2,000-acre family-owned and operated ranch located an hour's drive east of the Kansas City area.

KANSAS CITY, Mo. - As some students are returning to school, one of the most challenging classes for educators to figure out how to do safely in the pandemic is band. Whether it's for in-person classes or virtual education, parents are still at Kansas City-area music stores like B.A.C.

KANSAS CITY, Mo. - Kwinton Scarborough became a dog parent two years ago and has loved every minute of it. Just about every day, you see Scarborough and his 2-year-old German shepherd named Ruffy at a dog park in Kansas City, Missouri. Scarborough is as much a people person as he is a dog person.

KANSAS CITY, Mo. - We are just one week away from the kick off of the NFL season, including the Chiefs home opener! You may start to notice a lot of red and yellow around town, including new Chiefs flags on the Country Club Plaza celebrating the Super Bowl champions.

If their performance against the Royals this year is any indication, the Chicago White Sox are going to be a big, big nuisance in the AL Central for quite awhile. The White Sox' offense continued to mash, something they've done all year, and they beat the Royals 7-4 on Friday night.

I don't think the whole "sleepy Joe" thing is working. People like sleep, want more and never get enough of it. Sleep is a good thing.

Hide'n Biden is much better.

If they transition to something more catchy, then maybe Trump might have a better chance of recruiting some voters who don't just cling to his balls.

President Trump is far from the only person who has wondered why Americans were sent to war in Viet Nam. Although he is the first person to get blamed by the libs for asking.

1:52: If you read the statement, he isn't questioning why the country went to war, he's questioning why those who were drafted went to war. Maybe it's because not everyone had an obliging doctor who would diagnose them with "bonespurs," and they played by the rules, those suckers and losers!


the so-called "Greatest Generation" drafted working-class kids and shipped them off to their worthless war in Nam..

then shit on the vets that made it back home.


whatever made-up shit about President trumps comments.. his administration is taking great care of Vets today...vast improvement over Barry.

I have been sitting on the fence about Biden until recently taking note of his diminishing cognitive capacities. Age, health and stress can hasten this loss, this is not an indictment of the man just an observation.

I firmly believe he is no longer qualified as a proper candidate. Yes as alternative to Trump, he may be a winning candidate but will not last his term of office. The rumor of Kamala Harris becoming President sometime after the election is indeed plausible. Unfortunately I find her too radical in her support of BLM, criminals and chaos.

His mind at this point is gone. Could not field a off script question.

SCREW THE VIETNAM WAR. My dad went, and he lost a foot and a hand. He believes he was a fool to go because they lied to us about the war. And the VA never provided him decent treatment. That's why neuroscience us for going into the the fxcking military...the wars are endless ducking conflicts to keep the elite rich. The people who go ARE fools...not everyone who loses their legs gets to be a senator like Duckworth...that was just to make the rubes think they reach the top! Saps!


to get away from all the BLM BS..thought I'd turn on a good ol' Tennis match..

oh shit..even there! Serena and another big black ox blasting away ..sheesh!

2:07: Any alternative to Trump would be an improvement, and that includes inanimate objects.

1:28 That's what Bill Clinton should have done. Instead after he got his notice to report, he spent a lot of time and effort pulling political strings to get into ROTC for the first time as a grad student (nearly unheard of), and then simply leaving the country, thereby deferring his draft status until he got a good draft number. Clinton's flaw was he went to politicians for help instead of to a doctor. But it eventually did work and he did avoid getting drafted. Trump was simply more efficient than Bubba.

Every person in the military is a loser and sucker. That's why I never served.

So, Biden, then. Lol

^^^^And yet it's not only not been debunked, it's been confirmed. Weird. Bonespurs, from a family noted for avoiding military service, Boney just followed the family tradition.

Biden will be elected, and he will be the second President, as far as we know, to die in office due to complications of syphilis. The first being Woodrow Wilson.