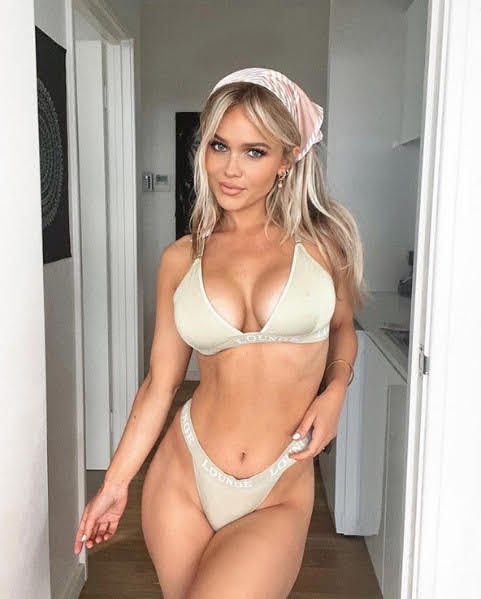 Right now hottie Hilde and her promo goodness inspire us share an EXTENSIVE glimpse at pop culture, community news and many more links we've been watching so far this weekend.

KANSAS CITY, Mo. (AP) - A year after a divisive debate that ended with Kansas City residents voting to remove the Rev. Martin Luther King Jr.'s name from a prominent boulevard, the city is trying again to find a way to honor the civil rights icon.

COLUMBIA, MO (KCTV) -- The Missouri governor and his wife will go forward with plans to host a Fall Festival at the Governor's Mansion on Oct. 3, despite both testing positive for coronavirus on Wednesday, First Lady Teresa Parson tweeted out Friday morning. Gov.

Johnson County Election Commissioner Connie Schmidt is predicting very high voter turnout for the presidential election, with mail-in ballot applications likely to surpass the record just set in August. With 40 days to go before the Nov. 3 election, the county has already received more than 100,000 applications for mail-in ballots, Schmidt told the commission Thursday.

Hilde Osland took to her Instagram page to flaunt her bombshell body on Tuesday morning in a sizzling new snap. The September 8 update showed the model in a skimpy intimate set and a cover-up shirt. The photo captured the model posed on a sofa that was decorated with a few chic pillows, including a striped one with tassels.

Biden not worried about first presidential debate, says Trump "not that smart"

Democratic presidential nominee Joe Biden on Saturday said he isn't worried about the first debate against his Republican opponent Donald Trump because "people know the president is a liar." Speaking on MSNBC, Biden laid out his strategy and revealed he'll be taking the fight to Trump on the debate stage.

When Biden calls a 'lid,' Democrats wet the bed - and Trump starts mocking

Trump made a similar crack at Biden's expense Tuesday in Moon Township, Pa. He gleefully repeated the single-syllable word, to the genuine delight of his campaign aides, who now consider it their favorite new bit from his rallies.

A photo essay: the capital mourns a week after Ruth Bader Ginsburg's death

On Friday, Ruth Bader Ginsburg became the first woman in American history to lie in state in the US Capitol, 168 years after the first man to do so. The mood in the capital was somber and reverential.


Politicos Can't Even Agree To Disagree In 2020

Democratic Sen. Brian Schatz of Hawaii expressed frustration with his party Friday over the Supreme Court fight over the seat left vacant after the death of Justice Ruth Bader Ginsburg. Schatz maintained that Democrats should focus on Republican efforts to repeal the Affordable Care Act instead of engaging in partisan squabbling over the impending nomination less than 40 days ahead of the 2020 presidential election.

On this week's episode of the Northeast Newscast, we are joined by Outreach Coordinator Matt Riggs with the Mid-American Regional Council (MARC) Solid Waste Management District, which helps reduce waste that ends up in landfills through recycling education, grants and more.

recordBar. // Photo by Chris Campbell A local venue is hoping to find the money to carry on, amid a year wherein live performances disappeared in a snap. This silent auction is to help recordBar raise funds to cover expenses incurred during its Covid-19 closure which is expected to carry on into 2021 when, we hope, music tours will begin...

Hide Transcript Show Transcript ROB: YOU CAN SEE THE PAINTED CLEATS DURING MONDAY NIGHT FOOTBALL RIGHT HERE ON KMBC. OUR SPECIAL COUNTDOWN TO KICKOFF PRE-GAME COVERAGE STARTS AT 6:30 WITH KICK-OFF AT 7:15. KATIE: WE WILL BE AT 90. YOU HAVE GOT PLANS ON ATURDAY NIGHT?

Tiësto - The Business is the song of the day. Thanks for the reading our daily OPEN THREAD and keep going for more local news links . . .

Amid a series of industrial successes across the Kansas City area, one large project code-named Project Fairway appears to have fallen short of the finish line. The proposal for a four-story, 700,281-square-foot warehouse and distribution center within Platform Ventures' I-49 Industrial Center had been progressing steadily through the city's approval process, most recently on Sept.

With everything going on with the pandemic, a lot of people are seeking help with their mental health.With so many added stresses from COVID-19, job pressures, family and financial challenges and kids at home 24/7, many people are grieving and some don't realize it."Our world as a whole is experiencing a collective loss, and so we're all going through a grief," said Monty Miller, a psychotherapist at Saint Luke's.

Virus cases rise in US heartland, home to anti-mask feelings

MISSION, Kan. (AP) - It began with devastation in the New York City area, followed by a summertime crisis in the Sun Belt. Now the coronavirus outbreak is heating up fast in smaller cities in the heartland, often in conservative corners of America where anti-mask sentiment runs high.

KANSAS CITY, Kan. - When segregation kept Mexicans out of local high schools, four students set out to challenge the system and change that narrative for themselves and future generations. In 1926, nearly 30 years before the landmark Brown v.

The Pitch sits down with pet author and advocate, Mark Cushing

Over the last twenty years, our relationship to our pets has changed drastically, bringing them into our co-working offices, coffee shops, bookstores, and record stores. Mark Cushing went to find out why.

KANSAS CITY, Mo. - In order to help residents start and build businesses Kansas City, Kansas' Central Avenue Betterment Association (CABA) created La Placita, a bi-weekly market at Bethany Park. "La Placita is a great way to show what are talents and our ideas and our creativity that we have as Hispanics," said Susana Rodriguez, La Placita Program Manager.

We promised you wouldn't have to wait long to join us for a Turkey Leg! The first-ever Kansas City Renaissance Festival on Parade is a drive-through experience featuring over 20 of your favorite Festival foods. There will be exciting entertainment, featured artisans, and a chance to support Kansas City's great Renaissance Tradition from the comfort and safety of your vehicle!

Report: Obama once tried to persuade Ginsburg to retire before crucial election, but she refused

That and Harry Reid getting rid of the 60 votes to confirm is what screwed the Demonrats. They will never admit it but that is what did them in. They were warned before Reid went down that road. As usual, they didn't listen because they know everything.

Damn Bandit, a little lonely tonight are you?

While tidying up the house, Hilde asked if I wanted to get dirty and sweep with her!!!

RBG rejected the JEWISH faith and God. Imagine - totally rejecting the creator that made you. In spite of a huge book he gave us, the Bible, which contains his laws that he will judge you by. Yet you live on his earth, breath his air, eat his food, enjoy his sun, take vacations to see his scenery.

She broke almost ALL of God's laws and will be found guilty and sent to hell for punishment! Dont make the same mistake!