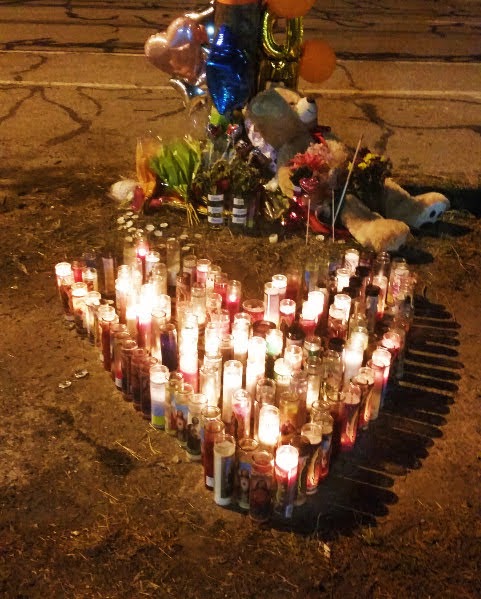 The year of the pandemic, 2020, has been the most violent in Kansas City history.  As the presidential election approaches, political debate has become vitriolic and the threat of partisan violence seems to loom.Racially charged protests against police brutality have sparked civil unrest across the nation. In many American cities rioting and citizen clashes with law enforcement have been a constant since the Spring.

Municipal regulations in order to prevent the spread of COVID-19 have sparked a global economic recession and hundreds of local businesses have been forced to close permanently — unable to sustain the financial hardship of coronavirus restrictions.

With untold human misery impacting the world, the nation and our town — The tragic death of Daisy Martinez still resonates with locals and on the Westside of Kansas City.

Several days after her killing by way of gunfire, a memorial in her honor continues to grow. Sunday night, mourners have gathered more candles, flowers and other trinkets to share their sympathies.

Undoubtedly, there will be additional murders in Kansas City this year and other families will soon share in this same grief. Nevertheless, tonight on Southwest Boulevard, a tribute to a young woman flickers in the dark as the season changes to Fall and colder weather approaches.

WDAF: ‘Put the guns down’: Daisy Martinez’s family has message for others as alleged killer faces charges