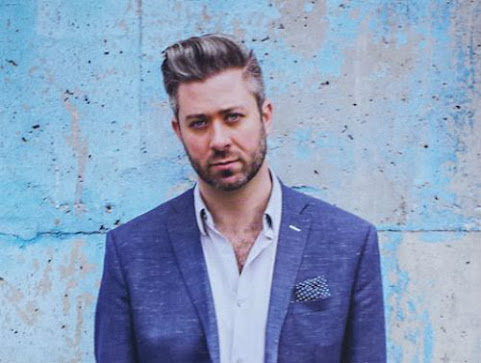 For those who don't already know, Mark Lowrey is one of the most talented musicians working in Kansas City right now.

Here at TKC we've been a fan of his work for years, Mark's list of accomplishments continues to increase and he's one of the most in demand artists in all of the Midwest. The cowtown virtuoso helps sustain the local music scene with an eclectic mix of jazz and fusion played with the skill of a classically trained concert pianist as well as the energy and charisma of a rock star.

In a recent public post Mark Lowrey lifts the curtain and explains why he continues to limit his performances amid the ongoing pandemic.

While he admits, "To buy food and pay rent, I have to play some private events. Private work is much more controllable than public gigs regarding safety concerns."

However, here's the money line from his missive that puts local club life in perspective:

"Playing in jazz clubs and restaurants is BARELY a sustainable career path, even if you do it more than seven times a week, given that the industry standard wages still resemble those of the 1970s. I have to play several club dates to match compensation for one private event. As one who is already potentially regularly exposed from private gigs more than the average reasonable science respecting KC citizen, I don’t feel like I’m doing anyone a service by breathing in small indoor spaces for $100-$150, playing music for four hours that is largely ignored as everyone in the room drinks more and then inevitably forget personal common sense safety.

"Conclusion: If you want to listen to me play live music, tune in to my FB show “Jazz and Plants.”

"I’m not too concerned for my own health as much as the immune compromised. I remain INCREDIBLY frustrated that there are so many selfish, anti-science minded Americans that blew this for us, and I’m not going to put my head in the sand because I miss “normal.” Let’s beat this thing. Wear the stupid mask. VOTE."

If Trump has his way, no more arts, everybody will just be bagging groceries for the 1%.

Some of us will be also be washing cars during the warmer months.

He's a pro-abortion, anti-christian never Trumper. There are plenty of great KC jazz musicians that keep their opinions to themselves. Most of them are way more entertaining than Lowrey anyway.

^^^ Name one Trump Thug. My guess is that you have to run to google because you don't know anything about music. Happy searching, this is Kansas City, just about every musician hates the Trump administration and is happy to tell everyone about it.

Good luck with your searching, dumb-ass.

Shut up and play your piany! You need rent money bitch!

This guy must really suck. I've never heard of him until now.

Good for him. America in general is very selfish. Its what this country has become sadly. No one wants to go out of their way to look out for other people. Hopefully we can beat this (slowly due to idiots among us) and the entertainment district can survive.

I'm having a private event at the bottom of the Missouri River. He's hired!

You could always suck dick for cash in the bathroom at Hamburger Mary's.

Why isn't he wearing a damn mask in the pic?

Trump fans only love county shit music and they don't have any money or class to go to local jazz venues. Sad.

"Playing in jazz clubs and restaurants is BARELY a sustainable career path, even if you do it more than seven times a week, given that the industry standard wages still resemble those of the 1970s."

And yet you chose that as your career. Weird. Tissue?

The Covid Hoax really does scare the hell out of folks. For the most part, they are either hypochondriacs, or too unsophisticated to actually look at the facts, figures and discern the politicization of this pandemic.

Don't kill the messenger here, click on the links and look at the truth. Even the NY Times can help you overcome your irrational fear.

"The NY Times found, “Up to 90 percent of people testing positive carried barely any virus.” Yet lockdowns of businesses and schools continue based on these wildly inaccurate numbers."

Look at the stats.

This lock and destruction of our economy was and is the worst policy decision since buying black people from other black people in Africa to pick cotton here in America. Now THAT was a bad decision.

Wrecking the economy in order to acquire power and money for Progressives is almost as bad.

False. 28% of black Americans plan to vote for Trump. You're fucked.

Chuck, here's a hint. No one but tin foil weirdos puts any modicum of stock into anything americanthinker.com puts out, so just skip the links old man.

^^^ Killing the messenger because you have no argument.

The New York Times is not American Thinker moron.

Because, liberalism. Rules for thee not for me.

Oh look! Nasty Pelosi got her hair done in San Franweirdo! Where's her mask? I though those were important because, as any libtard Karen will tell you, "MASKS SAVE LIVES!" 🤣

Have seen mark play. Excellent piano player. Have seen him at the phoenix and just like Lonnie McFadden they both could have gone and done much better elsewhere. It's a sad state. I know many musicians and this is their livelihood. To attack him for doing something he loves is totally b.s. Covid has affected many of them just like millions of other people. Play on mark. Your music is fantastic and good luck. Stay healthy and let the show go on!

I'm a jazz musician...just wear the mask. Can there be an occupation that would have a lower expertise on this?

Fuck off douche, if you want normal back then fuck the mask, fuck all this politicized bullshit and act fucking normal.

The virus, even if it was once deadly, is now akin to the common cold or flu at worse. The ave age of death is over 80 with multiple other commodities.

If 4 dem states had not forced sick ppl into nursing homes this never would have been a newsworthy event.

If you are risk - elderly or immune compromised with other comorbidities be careful, otherwise live your life and tell these authoritarians to fuck off.

Sweden that did not lockdown or wear the mask has always been "normal" and is back to normal.

If he can't take blowback for his opinion he should keep his mouth shut. Being a musician entitles you to NOTHING. Anything that comes out of your mouth is not gospel and free from criticism. Play your little piany, do your little shows and SHUT THE FUCK UP.

WHAT I LIKE:
Though I don't know the guy and am not familiar with his talent, I applaud someone who pursued their musical passion to make it a career.

WHAT I DON'T LIKE:
He comes across here as a bit of a whiner, who's criticizing those who help sustain his gigs.
"Playing in jazz clubs and restaurants is BARELY a sustainable career path.."
"playing music for four hours that is largely ignored as everyone in the room drinks more and then inevitably forget personal common sense safety."
"I remain INCREDIBLY frustrated that there are so many selfish, anti-science minded Americans...Wear the stupid mask. VOTE."

Tony might have a crush on this guy, but he reads like a diva who's complaining, because his opinion of himself is higher than his willingness to make a change to better himself.

Is there anyone you guys support besides the great orange trumpkin?

Is there any thought in your head besides hatred for Trump?

9:44 You need to seriously look into getting a job so you can increase your self-esteem and calm your anger issues.

No anger. Just calling you out.

Only two bad weeks in a musician's year, Christmas week and a week in Kansas City. Hahahaha

The CDC silently updated their numbers this week to show that only 6% of all coronavirus deaths were completely due to the coronavirus alone. The rest of the deaths pinned to the China coronavirus are attributed to individuals who had other serious issues going on.

Also, most of the deaths are very old Americans with co-morbidities.

This is like students that major in underwater basket weaving then whine that they can’t find a job. If you want to “follow your bliss” and be a musician, go for it, but it’s unlikely to make you rich.

This is like students that major in underwater basket weaving then whine that they can’t find a job. If you want to “follow your bliss” and be a musician, go for it, but it’s unlikely to make you rich.

Many lazy, selfish, self-centered liberals aren't wearing masks. Visits to Brookside prove that. Also, see the pic of hypocrite Nancy Pelosi not wearing a mask at the hipster hair salon.

^^But even more self-centered Repubturds aren't wearing theirs. Visits gun stores prove that. See the morbidly obese Trump any time.

Atlas will shrug soon and the libtards will be left out in the cold.

You'd be shocked how many Trump supporters enjoy jazz. Even local jazz.