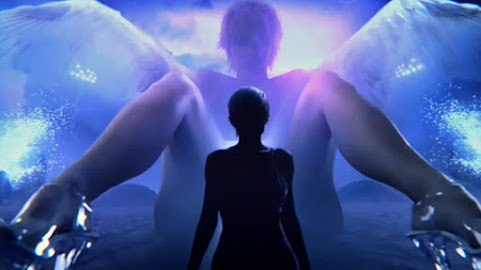 We start this morning with just a bit of glimpse at longtime pop culture divas getting weird and then quickly transition to a glimpse of community news and pop culture. Checkit:

KANSAS CITY, MO (KCTV) - Kansas City police are in the national spotlight after a Vice News documentary about the department that has been viewed more than 130,000 times since it was posted last Friday. The mayor, the Jackson County prosecutor and some city council members are aware of the video, but not all have had a chance to watch it.


KC landscaper behind bars after allegedly defrauding customers of over $55,000

KANSAS CITY, Mo. - A Kansas City landscaper FOX4 Problem Solvers has warned people about for two years is behind bars in Clay County. John Cazzell was arrested Tuesday on charges of defrauding his customers. "I don't want any pictures please," that was the last thing Cazzell said to FOX4 Problem Solvers after we tracked [...]

KANSAS CITY, Mo. - Before the pandemic, Sara Soseman and her husband operated a fully-staffed marketing firm in Kansas City's Crossroads Arts District. Now with most of the firm's employees working from home, Soseman has repurposed her office space for a suddenly thriving industry.


Did Kim Kardashian Just Give Birth to Kylie Jenner in Never-Before-Seen 'Feel Me' Music Video?

Kim Kardashian and Kylie Jenner are the video vixens in the never-before-seen music video for "Feel Me." The collab by Kanye West and Tyga debuted three years ago, and director Eli Russell Linnetz is just now releasing the video. Linnetz posted it on Instagram and wrote, "I directed this three years ago.

Traders are ratcheting up bets on a particularly turbulent US presidential election on November 3, and a potentially messy aftermath. Futures contracts on the Vix volatility index - which uses options to derive an estimate of the future choppiness of the S&P 500 stocks benchmark - show what some traders call a "kink" around October and November, in a pick-up that exceeds previous contests for the White House.

Erica Kious, the owner of the e Salon SF, said she has received death threats in the wake of exposing the House Speaker's trip to her business on Monday Pelosi said Wednesday she fell for a 'set up' by the salon and is owed an apology But Kious said it

Boot To The Head For Biden

A KENOSHA Trump supporter was kicked in the head during a brutal brawl with a Black Lives Matter protester in a shocking public display just after the president left the violence-plagued city.


Trump Went to Kenosha to Make One Point: The World Falls Apart Without Him

President Donald Trump touched down in Kenosha, Wisconsin, on Tuesday looking to make a point: The world falls apart without him. Whether the point is accurate or true or helpful or even worthwhile doesn't matter to Trump 62 days out from Election Day and down double digits in the polls.

Story Highlights Fewer than half rate relations between White and Black Americans "good" Current 44% is lowest in 20-year trend Both racial groups still hopeful problems will eventually be resolved WASHINGTON, D.C. -- Americans' already tepid review of relations between White and Black Americans has soured since 2018 and is now the most negative of any year in Gallup's trend since 2001.

Mills Record Company // photo credit Sherri Kauk Within two hours on Monday evening, I got screener links for two separate record store documentaries, and while they're both quite different in their respective perspectives, the ultimate takeaway from each film is celebratory in its own way.


$100K in microgrants awarded across 23 struggling, but resilient minority businesses

Editor's note: The Ewing Marion Kauffman Foundation is a financial sponsor of Startland News. This report was produced independently by Startland News' nonprofit newsroom. A COVID-era resiliency fund that quickly closed applications after receiving a deluge of response from entrepreneurs in need has awarded microgrants to 23 minority businesses on both sides of the state line.

Cloudy skies to start your Wednesday. Partly cloudy skies and highs near 84 this afternoon.

I though she was her mom?

Biden’s malfunctionin’ noggin is covered with terrifying hair-pluggin’ as his mind is glidin’ into the horizon and shouldn’t be presidin’.

Nasty Pelosi just can't admit she fucked up. Typical do as I say not as I do power tripping libtard.

ANTIFA / BLM mob really screwed up jumping the Marine and kicking him in the head.

Military veterans across the nation are pissed.

Another bloc of voters now committed to voting for Trump in November 2020.

^^^Or, I don't know hear me out though, a guy goes and starts shit and gets his ass kicked. Moral of the story, just don't start shit. Maybe he should've ridden in on a lifted truck and brought his paintball gun and pepper spray?

The Sun is also a Rupert rag, so there's that angle.

I was going with Russia on this one.


There's no way Pelosi was set up. She didn't have a mask on and that's the end. Rules for thee but not for me. That's the liberal way, plus AOC tweet the other day proves they are milking the virus until after the election.
Democrats are the dirtiest people in the world, I would really like to see a civil war so we can purge them our of our country.

And you'd LOSE! There are a hell of a lot more sane people than Trumpsters!

^^Calm down grampy. No civil war. American's are too fat, lazy, and stupid to get off the couch. You're a fine example of that.

John Cazzel been ripping people off for decades.

7:40 - you consistently trot out this Russian propaganda (confirmed by DHS) of Biden not being all there and in his basement all day. Yet, he's been out and about all week and had press conferences where he's answered questions for nearly an hour and never mentions imaginary airplanes or terror soup. Weird.

But hey, carry on useful idiot.

^ Oh wow, what an accomplishment; Biden was out of his basement for an hour.

Woohoo !! That's our guy !! Grandpa Joe stepped out of the basement.

Joe Hiden has polling data that does not look good for him. Now he's running scared to states that he never planned to due to his hermitage in his basement.