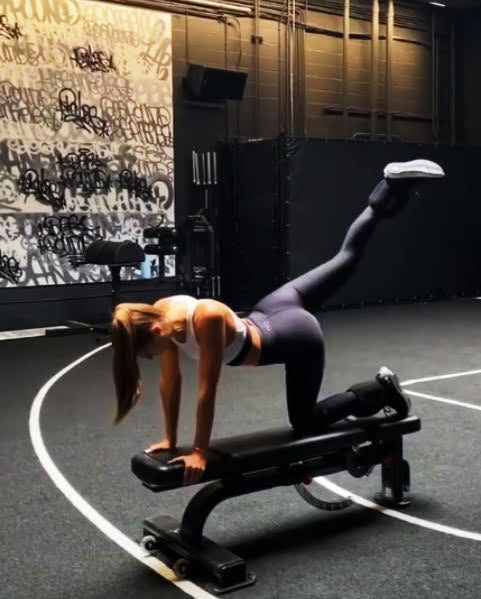 Inspired by Carmella hotness and dedication to fitness, we take a peek at pop culture, community news and top headlines . . .

KANSAS CITY, Mo. - The Northland's Zona Rosa Town Center will see a lot of changes in the coming months. The 1.1 million-square-foot mixed-use space, located off of Interstate 29 and Barry Road, will begin the first phase of a redevelopment project this fall. The project will bring new outdoor green spaces, a new stage, [...]


Nick's Picks | Turning the COVID-19 Corner, or Getting Worse?

This week, area health officials will be closely tracking whether a return to fall sports has come at a cost to public health. It wasn't just the Kansas City Chiefs playing in front of 17,000 fans at Arrowhead last week, college sports teams and some high schools were also playing in front of crowds.

KANSAS CITY, MO (KCTV) - A Kansas City man is charged after police say he opened fire on a man at Arrowhead Stadium. It happened Saturday in the parking lot of the Truman Sports Complex and led to a multiple hour long standoff.


For One Food Insecure Family In The Midwest, The Pandemic Leaves Them With 'No Wiggle Room'

Ja Nelle Pleasure never used to think twice about putting food on the table for her family. In fact, the Pleasure family revolved around food. One of their favorite activities was to spin a globe, put a finger down and cook a dish from the country where it lands.

Carmella Rose took to Instagram on Thursday morning to post a series of images that reminded her 2.3 million followers that summer is not quite over. She looked radiant posed next to a swimming pool wearing a stylish bikini and matching cover-up.

SACRAMENTO, Calif. (AP) - With the smell of California wildfires in the air, President Donald Trump on Monday ignored the scientific consensus that climate change is playing a central role in historic West Coast infernos and renewed his unfounded claim that failure to rake forest floors and clear dead timber is mostly to blame.


Patrick Mahomes: This was more 'nerve-racking' than fourth quarter of the Super Bowl

Patrick Mahomes put in a valiant effort in the fourth quarter of Super Bowl LIV to win his first title with the Kansas City Chiefs but he admitted Monday there was something that made him even more nervous.

KANSAS CITY, Mo. - Tuesday, Sept. 15, 2020, marks the start of Hispanic Heritage Month in both the Kansas City area and around the nation. It's a month to celebrate the histories, cultures and contributions of Latin American countries. The celebrations first began as just a week in 1968, when then-President Lyndon B.

KANSAS CITY, Mo. - Nearly $2 million is heading to Hickman Mills C-1 School District. It will fund two programs focused on helping students mental health dealing the impact of violence and trauma. School leaders are hoping the programs create positive change. The implementation is made possible through a private donation of $1.7 million from [...]


Plenty of sun for rest of week

Hide Transcript Show Transcript FIRST. THIS IS FIRST ALERT WEATHER. I WAS USING OUR CITY VIEW CAMERA NETWORK TO FIND THAT ONE LONE CLOUD THAT JOHNNY WAS TALKING ABOUT HAVING A TOUGH TIME DOING IT.

TOP PHOTO -- GETTING A LEG UP IN LIFE

The basement blogger always says, "When life gives you Lululemons, squeeze them for all their worth!!!"

Vindman looks like he grew up with no friends because he had bad body odor and liked to walk around with his buttcrack showing.

Vindman has dual loyalty to the U.S. and the Ukraine...and the Urainians hate the Russians. He would have loved to see us in a war with Russia. Dirty traitor. And he has a clown face.

1.7 mill to Hickman for mental health?
How about billions for birth control

Vindman enjoys smelling his own armpits to make sure they smell like a swamp and remind him of the political swamp in D.C. Bye, bye, Vile Vindman.

Vindman is an agent of a foreign power, Ukraine, who never should have been given a position affecting U.S. policy towards the Ukraine.

Further, as a military officer the plot he participated in to trigger the impeachment of the president, amounted to insubordination and mutiny to the military chain of command he was subject to. He should have been court-martialed, stripped of rank, and sent to Leavenworth. He is lucky he is a free man capable of shooting his mouth off.