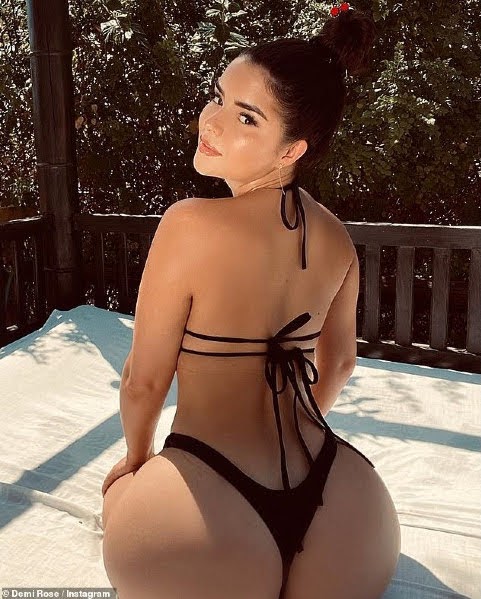 Cowtown Hopes To Drink In Peace Away From Pandemic

KANSAS CITY, Mo. - Bars in Kansas City, Missouri are open for business. But not only are they worrying about keeping their doors open, they also want to protect everyone from COVID-19 exposure. "We made a lot of promises to them (employees) that they would be safe and so far, we have been very successful,"said Zach Williams, general manager of Julep in Westport.

Miss Kansas reflects on her painting of Ruth Bader Ginsburg

by: KSNT-TV Posted: / Updated: TOPEKA, Kan. (KSNT) - Ruth Bader Ginsburg was an inspiration to many but especially to Miss Kansas. Annika Wooten competed in the Miss America competition nine months ago. She chose speed painting as her unique talent in the competition and painted the Supreme Court Justice in 90 seconds.

Emily Clarkson shares "Instagram versus reality" posts to remind her followers not to believe everything they see on social media. Clarkson shows her followers how certain poses, filters, and photo-editing apps can make people look totally different in their photos.

According to the Florida Supreme Court's website, Lagoa -- a graduate of Columbia Law School -- was the first Latina appointed to that court when she was chosen by Gov. Ron DeSantis in January 2019. Before this, she served on the state's Third District appeals court since her 2006 appointment by then-Gov.

House Democrats will release a bill Monday to fund the government until Dec. 11, as the party pushed to strike a spending deal with Republicans, a source familiar with the matter told CNBC. The plan, designed to avoid a shutdown before the Sept. 30 deadline, did not yet appear to have GOP support Monday.

At Least 8.7 Million Americans At Risk Of Losing $1,200 Stimulus Checks

At least 8.7 million or more Americans could be at risk of losing out on $1,200 coronavirus stimulus checks due to incomplete IRS and Treasury Department records, according to a Monday report from Congress' auditing arm, which examined the unprecedented $2.6 trillion lawmakers passed in emergency support as the coronavirus pandemic took hold.

Stocks tumble on worries about Washington gridlock and coronavirus

In a painful start to the week for the Dow and the broader market, stocks tumbled at the opening bell in New York as investors worry when Washington will agree another stimulus bill.

ESPN's Katie Nolan has locked her Twitter account after Outkick's Jason Whitlock dropped a neutron bomb after she came at him unsolicited. She took offense to what Whitlock wrote over the weekend about hopping on the beauty train to success.

Why aren't the Royals a good defensive team?

Back in the day, when the Kansas City Royals were good for a spell, the unofficial motto of the team was "Speed and Defense." Across the diamond, they overflowed with athletes who were above average defenders at their position or true defensive stars.

Local beer will continue bubbling up

The first all employee meeting I attended at Boulevard Brewing Company was during the Great Recession in 2008. I remember sitting through financial and marketing presentations (pretending to understand what things like EBITDA meant and wondering why folks kept calling beers "brands") before Boulevard's founder John McDonald spoke to close out the meeting and send us all to the bar for a beer.

Enjoy a cool evening under fair skies while a gentle southerly breeze coasts across our area. Temperatures will cool into the upper 60s shortly after sunset before slipping into the middle to upper 50s by daybreak Tuesday morning.

My god, Tony. Enough with that cow Demi. A million women out there hotter, but you home right in on that Fa Tass.

Re: Demi. Exactly, I’m not saying I wouldn’t hit it, but HOW does she get her ass to do that. I’d like to find out.


aaagh..of all the accomplished women in America, Miss KS had to paint a pic of..the Hideous RGB!!??? Baarf!!!

Way to much ass. Really, who likes that? Yack, how do they clean themselves?

TOP PHOTO -- GET DOWN ON IT

When Demi discovered the basement blogger's big deck, she was all over it!!!