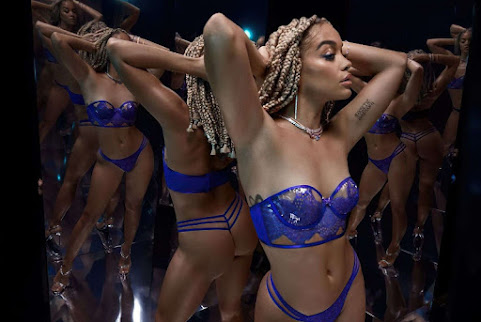 They call German-American Jasmine Sanders "goldenbarbie" and tonight she inspires this peek at community news, pop culture and top headlines.

KANSAS CITY, Mo. - We're guessing Kansas City Chiefs fans aren't going to let the coronavirus pandemic get in the way of showing their Chiefs pride. While large gatherings are still off the table and mask-wearing and social distancing remain recommended, we thought we'd compile a list of all the places fans of the #ChiefsKingdom can check out to get ready to #runitback.

Vote To The Limit

Election Day is quickly approaching and more than 235 million Americans will be eligible to vote, according to an estimate by Shonel Sen of the University of Virginia's Demographics Research Group.Combine that with a global pandemic and key local races in Kansas and Missouri, the 2020 presidential election is shaping up to be one like never before.

KANSAS CITY, Mo. - Kansas has the fourth-highest response rate to the 2020 census. According to the U.S. Census Bureau, 92.1% of households in Kansas have responded to the census , which will wrap up data collection operations at the end of the month.

Dr. Anthony Fauci predicts that a coronavirus vaccine will be developed by the end of 2020. "I believe that by the time we get to the end of this calendar year that we will feel comfortable that we do have a safe and effective vaccine," Fauci, the director of the National Institute of Allergy and Infectious Diseases, said on NBC's "TODAY" on Wednesday.

So far, the answer to it might be, in Trump's words, "very strongly". Just six days since end of last week's Republican convention, polling released on Tuesday by Morning Consult reveals a race that, in some ways, has remained consistent - much more consistent than the race we saw in 2016 between Trump and Hillary Clinton.

Russia's disinformation campaign this time partly wanted to sow division among Democrats by driving readers to a fake left-leaning news site, PeaceData, which portrayed the Biden-Harris ticket as tools of conservatives, according to data revealed by Facebook. Facebook announced that it identified the campaign by the Kremlin-backed Russian Internet Research Agency in August, after a tip by the FBI.

After The Big One


Rebecca Grant: World War II ended exactly 75 years ago - here's what it can teach us about war on coronavirus

As the world continues to wage war on the coronavirus, Wednesday marks the end of another far deadlier global war exactly 75 years ago. On Sept. 2, 1945, America accepted the surrender of Japan to end World War II, following the devastating U.S. attacks on the cities of Hiroshima and Nagasaki with atomic bombs.

The third start of the latest - and perhaps final - chance to revive his career was another dark night for Matt Harvey. The former Mets All-Star was hammered for five runs - and three homers - while recording just four outs in the Kansas City Royals' 10-1 loss Tuesday to the Cleveland Indians.

KANSAS CITY, Mo. - Mano's Wine and the Kansas City Chiefs are partnering up to give fans a chance to join in on the Super Bowl ring celebration by releasing a limited edition bottle of wine with an artistic rendering of the team's Super Bowl LIV ring.

Biden is hidin' cuz his mind is glidin' into the horizon and can't be presidin’ without a workin' noggin.

Biden is hidin' cuz his mind is glidin' into the horizon and can't be presidin’ without a workin' noggin that's eruptin’ with unbecomin’ hair-pluggin’.

The Royals have done much better than anyone could have imagined this year.
While Harvey might seemed to have failed last night- the 4 outs recorded represented the percentage of votes that Biden will lose by.
Joe is staying hidden from the media and while an obviously serious mental decline is ignored by reporters- they cling to made up nonsense of mini-strokes.

Anyone who thinks an 80-plus year old man can handle the US presidency is an anti-American-commie-loving-Putin-hugging-left-winger-radical-fascist-German-nazi-media-heartthrob-binge-socialist.

By supporting Joe Biden... you are supporting a man with a nuclear football who can end the world with one small anger outburst- like Biden always does when faced with easy softball questions from union autoworkers.

Awww, too triggered to function lol