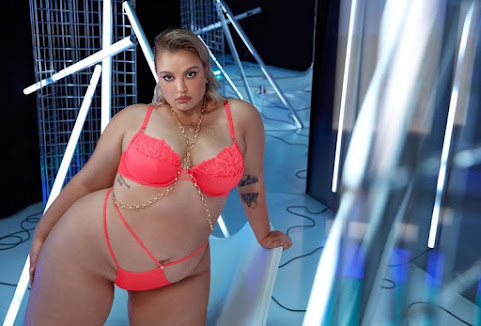 Inspired by the body positivity of a new contender in the global panty game, this EPIC update shares a peek at pop culture, community news and some of the top headlines commanding our attention right now.

One of the many perks of being Super Bowl Champions is getting that early Thursday night game, which bumps Red Friday up in Kansas City to Red Wednesday.Or, as we've been calling it, Red Wins-day. Cars started lining up early Wednesday morning for a shot at purchasing the traditional "Red Friday" Chiefs flags which have a special message this year -- Super Bowl LIV Champions.

KANSAS CITY, Mo. - She was supposed to be in the classroom on Tuesday. Instead, a Kansas City preschool teacher remained in intensive care following a crash. Shaunquinita Williams knew the moment she interviewed Maenisha Jones last year that the 24-year-old was going to be a special addition to Operation Breakthrough.

KANSAS CITY, Mo. - An additional $63 million in relief funding is on the way for Kansans who lost their job during the COVID-19 pandemic, according to Kansas Gov. Laura Kelly. "I appreciate the Federal Emergency Management Agency for its quick response to my administration's application," Kelly said Tuesday, "and for making these funds available to those who need them throughout our state and nation.

Young female influencers on TikTok are dancing with their bellies on show to promote body positivity. The trend was begun by Lizzy Khang, 341,000 followers, whose video has now been viewed 15.9 million times. Carolina Gurdian, 192,000 followers, then decided to make her own version, creating a duet video with Khang.

Democratic presidential nominee Joe Biden leads President Donald Trump in six 2020 swing states, as the Republican National Convention changed little in the race for the White House, according to a new CNBC/Change Research poll. Across Arizona, Florida, Michigan, North Carolina, Pennsylvania and Wisconsin, the former vice president holds a 49% to 45% edge over the Republican incumbent, the survey released Wednesday found.

Jeffrey Goldberg, editor-in-chief of The Atlantic and the journalist responsible for the "bombshell" report that President Trump disparaged America's war dead, conceded that anonymous sources were "not good enough" in reporting such as his. "I share that view that it's not good enough.


Twitter explodes over Trump Nobel Peace Prize nomination: 'This is going to be glorious'


Dr. Fauci says pause on trial is 'not uncommon at all' after major coronavirus vaccine trial placed on hold

White House coronavirus advisor Dr. Anthony Fauci said Wednesday it's "not uncommon" that AstraZeneca is holding up its coronavirus vaccine trial for a safety review, but the "serious adverse event" with one of the participants is unfortunate. On Tuesday, AstraZeneca said it paused its phase three trial for a potential Covid-19 vaccine, called AZD1222, due to safety concerns.

Originally intended to be the latest in Walt Disney's long line of successful animated-to-live-action blockbusters, Niki Caro's reimagined version of Mulan is instead a test case for a whole new model of Mouse House distribution.


Northeast street vendor on the road to recovery after robbery

Abby Hoover Managing Editor When beloved Northeast street vendor Roberto Govea was shot and robbed near Scarritt and Oakley on the evening of Wednesday, July 8, the community was in shock that someone would target such a caring and hardworking individual. When the shock wore off however, friends and family sprang into action.

The latest Rasmussen Reports national telephone and online survey finds that 17% of Likely U.S. Voters who Strongly Approve of the job President Trump is doing say they are less likely to let others know how they intend to vote in the upcoming election. By comparison, just half as many (8%) of those who Strongly Disapprove of the president’s performance say the same.

Fifty-nine percent (59%) of those who Strongly Approve are More Likely to tell others whom they plan to vote for compared to previous presidential campaigns. But that compares to 66% of voters who Strongly Disapprove.

The rest of us just enjoy pissing libtards off.

Herp! No bounce? Fake news! Derp! After--derp!--he put on that show containing--cringe--MINORITIES??? How could there be no bounce? V-shaped recovery! McCain captured! Losers! Suckers! What's wrong with you people???


Don't you just love the polls by liberal stations that always have their candidate in the lead and then you go to other polls that show the opposite. Polls are not accurate.

Red Friday is for the support of the red foreskins who promote the narrative "we hate you if you don't hate this country." I'm surprised they gave the money to the charity they did and not to BLM. You BLM people should be upset over that. I wouldn't lower myself to even put that crap in my house or car. I'm sure this is propaganda and the money will never reach the Ronald McDonald house.

You were behind bars in 2016, Baby Burt. You didn't vote for anyone. Now, go see if it's time to change your Depends.

^^Who cares? You're a Russian troll.

Poor Chimpy! He's always wrong. Back to your tree now!

The only thing more maligant than your keyboard diarrhea is lung cancer.

How would people react if a bunch of beer bellies were bouncing around on TikTok to promote male body positivity? Does it swing both ways tiktok hoes?

Why should trump be nominated and win a nobel peace prize.

Who is the last president not to start any new wars

Who is the last president to actually de-escalate wars started by his predecessor.

Who is the last president that actually de-esculated the middle east.

Who is the last president to de-escalate north korea.

That's why the industrial military complex, dems, deep state and globalist war mongers want him out - no more daddy warbucks trillions being wasted on materials of war.

If hilldog had been elected all the conflicts started by her and obama would be still going full force and we would have escalated bombing north korea, iraq, iran, lybia and syria.

Hilldog and obama should are war criminals for what they started in syria and lybia - two peaceful countries before their war meddling.

Who is that BEAST at the top of the page? I almost barfed my cereal!

Still butthurt that you got caught huh Nasty? Fuck YOU and everybody who thinks like you!

TONY OUTDOES HIMSELF!
The only way that Blob could be more revolting is if it was Black!

This headline is simultaneously amusing and sad. In an article about journalistic integrity, the headline implies the reporter does not support anonymous sources while the article is actually about his defense of using them. Four of them in the article he is referencing.

The Atlantic should have consulted Dan Blather before going down that road. 😏

Anyone who thinks people trust Biden to run the country are as dilusional as he is.

I live in henry county, a bellweather county that has called every election since 1820.

This year everyone here has a I'm Ridin with Hiden Biden, blm and antifa sign in their yards, have not seen but one or two trumps signs.

One of my neighbor, a marine col. took his trump sign down last week and replaced it with an antifa sign after he heard about trump's remarks.

^^Get used to it. Beats the shit out of sexual assultin Trrumpkin

Do tapes meet the standard of anonymous sources?

And Bandit, do us a fucking favor and quit posting those weird ass links. No one is going to click on that shit because we don't want our pc's infected with pop ups until the end of time. Cripes old people are stupid.

Bandito, you'll be telling us what you think is wrong with Biden for the next four ears at least, so save your ammo.

you may love your grandparents, look to their lovable points, and chose to overlook their mental incapacities.

but do you want them as president?

no, that would be a cruel joke on them as well as a disaster for the country.

If that worthless Obama can get a Nobel Peace Prize then Trump should be handed one for every year he his been in office.

Harris isn't really catching on as the dauphin to Hiden.

No tide of enthusiasm.

Biden: Oh, Never Mind About That National Mask Mandate Too

"Unconstitutional?" He pulled that out of his ass? Bullshit! He and his party have been wiping their ass on the Constitution for well over 100 years. They got internal polling data that tells them MASK MANDATES KILL CAMPAIGNS!

asking for a friend, can a POTUS get a Pulitzer for straight up lying about virus and telling us it's like the flu, will go away on it's own, yada, yada, fucking yada and then being on tape admitting it's far more severe and deadlier than the flu and that you wanted to downplay it?

I'm sure you little Trumpkin bootlickers will continue to push for that Pulitzer. It's what you do when you know the guy you backed is basically a huge piece of shit but you don't want to look like the asshole you are. Twist yourself in a pretzel defending any and all actions and carry on.

The tapes have been tampered with and Trump never said that shit....there, I fucking said it.

They could always try impeachment again. Oh wait... That didn't work the first time. Continue throwing shit on the wall and praying to the trees that it sticks. It's fun watching tinfoil hat fools flinging feces!
🤣🤣🤣🤣🤣🤣🤣🤣🤣🤣🤣🤣

N.Y. Will Move Homeless Men From Liberal Neighborhood After Backlash

The move of 300 men to the upscale Upper West Side neighborhood led to complaints and the threat of a lawsuit.

The Polls are way off. But this is good.When the President wins by a landslide on election night. Maddow the look on her face will be Priceless .THE DEMOCRATS ARE over sampled by 11 percent.And then you have Trump supporters that will not tell you who they are voting for. And the Democrats That will vote for Trump is not stating a Trump vote. And Republicans don't answer there phone for telemarketers .

I love it! You've reached peak meltdown. You were so in love with this latest hoax and now it's yet another one on the scrap heap. You do a good job of quoting the left's roll of bullshit smears. You're just spouting profanity and sheer hate. It's hilarious.

Because it means you know, in your bones, you've already lost the election. ;)

Oh my gosh...CNBC reports that? Holy cow it must be true.

They're Panicking: 'The View' Co-Host Wants Electoral College Change Because Trump Might Pull Off a Win