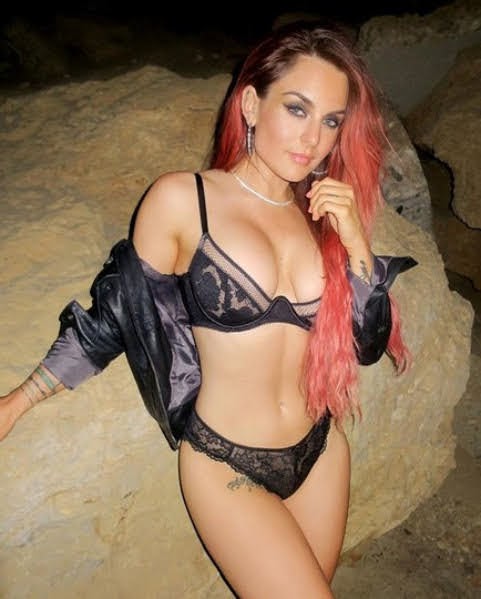 JOHNSON COUNTY, Kan. - Cutting hair is in Robert Smith's DNA. "It's been about 42 years, this year," Smith said. "I came out of the Marine Corps, went almost straight to hair school after one year." However, 2020 caused a unique shake-up for the veteran.

Another Weekend At Home

There's still plenty to do out there, as cooler temperatures descend on Kansas City. Whether it's a silent movie or speeding around Lakeside Speedway, sitting in front of the TV can wait until it's actually cold. Plus, the Chiefs play on Thursday. You've got all weekend to get out.


Writers, Including Some With Kansas City Roots, Explain What's Wrong With 'Parachute Journalism'

A new book of essays, Midland: Reports from Flyover Country, challenges mainstream media coverage of noncoastal cities. As co-editor Michael Croley puts it, the book is about pushing "out to the coasts, rather than a journalism that pushes in and dictates to the middle of the country."

"Issa comeback, missed your lovin' so bad," sings JoJo in her single, "Comeback." It's off the new deluxe version of her album, good to know, released earlier this year. "I wasn't having sex," JoJo tells Maxim about the song's lyrics, which get much steamier. "[But] it was very much on my mind.


Trump speech at Michigan rally interrupted by 'We love you' chant

President Trump's speech during a rally on Thursday in Freeland, Mich., was briefly interrupted by supporters who chanted, "We love you," while the president was at the podium. Trump, who is famous for rarely showing emotion, could be seen taking a step back from the rostrum while he seems to collect himself.

Veep Will Keep Troops At War


Biden says US must maintain small force in Middle East, has no plans for major Defense cuts

WASHINGTON - Former Vice President Joe Biden said Thursday that he supports drawing down troops in the Middle East but if elected president would keep a small force there to prevent extremists from posing a threat to the United States and its allies. "These 'forever wars' have to end.


Pelosi: Climate change will be 'early part' of Democrats' 2021 agenda

Pelosi specifically singled out the Climate Action Now legislation, passed by the House in May, which would recommit the U.S. to the Paris Agreement on climate change. She pointed to the Democrats' "Moving Forward" green infrastructure package, which would require states to account for climate change before undertaking projects and meet certain greenhouse gas emission goals when they accept funding.

Russian, Chinese and Iranian hackers have all attempted to hack people and organizations involved in the 2020 US presidential election, Microsoft said on Thursday.

A stripped-down stimulus package proposed by Senate Republicans was rejected 52-47 today in a procedural vote to determine whether the Senate would consider the bill. The lack of action is likely to add more anxiety for Americans already facing financial stress. Latest Developments Senate Republ

KANSAS CITY, Mo. - Today, we remember and honor those who served and died in the attacks on 9/11. Nineteen years later, we never forget. In New York City today - there will be no stages set up at the memorial site, unlike in years past.


Kansas native returns to her roots for comedy special

Born and bred in Shawnee Mission, Kansas, Nicole Burch has been a writer as long as she can remember. A graduate of Bishop Miege High School and Washburn University, Burch moved to LA at the age of 27 to chase her Hollywood dream of being a dramatic actress.


Showers coming to an end this evening, but more possible late tonight

Wave of rainfall comes to an end before Chiefs game Another round of rain expected possible tonight, Friday afternoon Drying out and warming up by the weekend KANSAS CITY'S MOST ACCURATE FORECAST Thursday: Showers tapering of by later afternoon. Cool, soggy conditions Wind: N-NE 10-15 mph.

Love chants for the president? That seems a bit much.


Pelosi is starting to look like Michael Jackson after all of the plastic surgery. Her nose is literally disappearing. She has to be frightening without makeup.

These countries try to mess with our elections every time we have them, yet we act so surprised by it every election. In 2016, the Russians had some ads on Facebook under assumed names that maybe swayed eight people to vote for another candidate. Woohoo!

^^and yet it was much, much, more than that. You're a Trumptard so you're willfully ignorant. Woohoo! Weird.

7:56: And yet she's Speaker of the House of Representatives and you're... not. Weird.


Don't forget it was the democrats that rejected the second stimulus bill.

I would like to know why Kansas City is remembering 9/11? It was the democrats that got mad when Trump killed the ISIS leaders and Kansas City is midtown and downtown is mostly democrat.

Nancy Pelosi had better practice what she preaches if she is going to make climate change part of her take American down in 2021.

^^Always remember that the democrats had a second stimulus bill on Moscow Mitch McConnell's desk four months ago. Moscow Mitch never picked it up. There fixed it for you.

I teared up a bit at the "we love you" chant, but for way different reasons.

7:56, and her forehead is pulled tighter than a Marine recruit's bunk.

^^and yet she could easily beat the shit out of you. Weird.

@ 8:32 - Lets get the facts straight. The republicans have said to the democrats for two months now that they will not support democrat pork not related to the pandemic in a bill. Schumer and Pelosi then said "We will give up a trillion if you add a trillion". The republicans said "No pork in the bill". Then the republicans write a bill to help people needing money with $1200 a month and ask for a vote. EVERY DEMOCRAT voted against giving pandemic relief to Americans in need, the dems just gave you a big middle finger. That was wrong.

10:07 you can’t explain the facts to chimpytard, he’s brain washed by the lyin cheating murderous kkkdemoncraps and the lame steam media. He needs to “stick” (little monkeys love playing with poop and jamming sticks up their butts!) to the dimwit plan or he will get the free gubmint gravy train taken away from him after all, he needs the free bananas and section ape housing or he’ll have to get a job or die... we all know he’ll die because he’s too stupid to get a real job! Hahahahaha!

Chimpytard got his ass kicked!!, stay down little monkey, stay down!!!

"No pork in the Stimulus Bill" @10:07?
You mean something like the GOP addition to give Melania Trump $350 million to redecorate the White House? No GOP pork hunh?

Try reading the damn thing rather than relying on what Breitbart tells you.

I love President Trump! He will go down in history for saving this country and it’s way of life, he is the best president we the good ole USA has evar had! millions upon millions of smart, normal people love him and will give the president a second term, first evar dimwit impeached president to win re-election! Hahahahaha!

10:22 cheaper than the last First Lady who spent twice that much monkeying up the White House over eight years so......

Consider this as a much needed correction of past mistakes the obummer winch did to the place ok.

10:22 “hunh” your Chinese interference in daily events is showing through so.....

Chimpytard is taking a beating today! Stay down little monkey before you get seriously hurt! Lmao!

Who chimpytard and why do so many people love him on here? He seems to be the most popular poster on this site.

some of what Hiden is saying is reasonable, but he won't be in charge if he gets elected because of his diminished intellect.

In much the same way a freak show is popular.

UMKC should offer a degree in Panty Promotions. Will have the wiff of success.