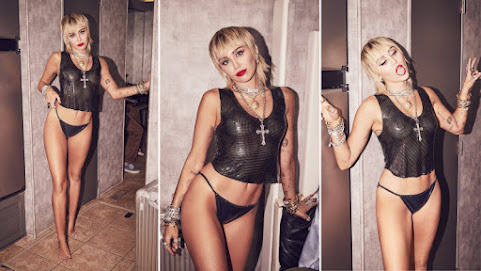 Operation LeGend has made 355 total arrests with 33 connected to homicide cases and 122 firearms confiscated since July. The Kansas City Police Department has been publishing violent crimes statistics since the operation started noted U.S. Attorney Tim Garrison, adding, "That transparency should give the public confidence that what we're reporting is true."

KANSAS CITY, Mo. - A Kansas City, Missouri, man is spearheading a voter outreach initiative called "Just Factz" after a conversation with his barber. "If you're familiar with the barbershop, we're always talking about how can we make a change or what are some issues going on in the world?"

KANSAS CITY, MO (KCTV) -- A local family says Marcus Bray took their money and crushed their dreams of home ownership. They've filed a complaint with the Kansas Attorney General and hired an attorney to go after the owner of Pride Properties. "For someone to come and take advantage of me and my family, it's very sad.

OVERLAND PARK, Kan. - During the pandemic, some families are nervous to send kids off to large universities to live in crowded dorms or Greek life housing. At the same time, many colleges are also shifting classes online. That's now having an impact on local community colleges.

Miley Cyrus' breakup with Liam Hemsworth didn't happen the way you might believe.

The White House denied a blistering report published Thursday that claimed President Donald Trump called dead American soldiers "losers" and "suckers." "Why should I go to that cemetery? It's filled with losers," Trump allegedly told aides after he scrapped a visit to the Aisne-Marne American Cemetery near Paris in 2018 to honor the dead soldiers, according to The Atlantic, which cited four people with firsthand knowledge of the discussion.

Michael Forest Reinoehl, 48, died in Lacey, Wash., where federal agents were attempting to take him into custody for the shooting - the same night his recorded interview on the shooting aired on Vice News, The New York Times reported.

Former Vice President Joe Biden used an unfortunate choice of words Thursday while visiting Kenosha, Wis. in the afternoon of the police shooting of Jacob Blake. Biden's speech aimed at addressing racial unrest veered into talking about inequities in taxes at one point.


A Trump vaccine is still a vaccine

A COVID-19 vaccine could be here sooner than we thought. "I believe that by the time we get to the end of this calendar year that we will feel comfortable that we do have a safe and effective vaccine," Dr. Anthony Fauci, director of the National Institute of Allergy and Infectious Diseases, said Wednesday.

Kansas City's Power and Light District kicked of Labor Day weekend by hosting Hot Country Nights on Thursday, three weeks after images of the event prompted frustration and concern from residents and public health officials about potential spread of the coronavirus. The crowd around 8:30 p.m.


New direct flight from KC to Cancun will be connecting ASAP

The proposed new terminal outline. Kansas City international airport has now added direct flights from Kansas City to Cancun amid a global pandemic. Back in March, at the beginning of the Pandemic, the travel industry took an exponentially substantial financial hit with flights dropping 77% back in April.


Sunny, dry and warm through the holiday weekend

There is no chance of rain showing up through the holiday weekend The humidity drops significantly Friday behind a cold front with a cool morning in the 50s Labor Day weekend will still feel like summer as temperatures approach 90° KANSAS CITY'S MOST ACCURATE FORECAST Thursday: A cold front moves through during the afternoon as the wind picks up and comes from the north.

I'm sure miley has many talents. But singing is not one of them.

Not a fan of her oral skills?

Madonna was the same. Catchy tunes but mainly used her body and attitude as a great marketing machine.

Poor thing, Miley has mental issues, I’m not being mean or nasty either, just sayin

Hiden biden can’t even read answers off of a TelePrompTer or paper.

And yet Trump wasn't reading a teleprompter when calling dead soldiers "losers" and "suckers." Weird. Pity they couldn't get a doctor to diagnose them with "bonespurs."

Marcus Bray is a grade A douchebag.

Awww! Didums get ventilated? 🤣 Great way to save taxpayer money!

Trump is a traitor. His slam of dead soldiers should be the end of his support in this country, but the Trumpturd cultists will all say "lies" without any proof. They continue to eat all of shit to "own the libs" while Trump himself can't stand them.

Biden’s malfunctionin’ noggin
Is covered with terrifyin’ hair-pluggin’
As his mind is glidin’
Into the horizon
And shouldn’t be presidin’.

^^and yet he's crushing Trump the dump. Weird.

And armed, we hope, with a fresh Depends, Baby Burt is up and at 'em and all ready to share with us the wisdom of the aged.

I ran several of Boomer Hater/Pops/Geriatric Fu*ktard/Weird/CHUD boy's comments through an online age detection app for written materials and it showed in the results that he is only 10 years old. You can tell his age by his lack of writing skills and his frequent temper tantrums. I'm guessing he dropped out of elementary school, and his mother doesn't know what to do with him. For his welfare, we’ve started a GoFundMe page titled “Save the 10-Year-Old Dumbass."

You're so lame. Lol

^ ^ Overheard at the Biden rally yesterday.

^President Elect Biden to you.

Biden doesn't even know what office he is running for half the time. They've got him on meth to keep him upright LMAO

Trump back to pre-virus approval high of 52%

Thanks Demonrats! Keep doing the blm thing! It's working out great!

Glad to see the direct flight from KC to Cancun to keep the cocaine pipeline flowing.


What's up with this " Trump's" vaccine crap? Trump is not a doctor. This is Bill Gates vaccine and they are trying to make it mandatory. I like Trump but I disagree with him about this vaccine being O.K. I don't believe they can come out with a vaccine this fast and have it be safe, plus Bill Gates has killed many people using them as guinea pigs.

Who cares what a guy named after a cartoon duck has to say?
That would be as stupid as reading posts made by a fat fag living in mommy's basement and jacking off looking at a Burt Reynolds poster.

They says “lies without proof” because they are lies without proof, directly contradicted by people who were there and the official record. Unnamed sources do not have any credibility at all.

Anonymous Sniffer Biden said...
I enjoy the fact that chimpy gets his ass handed to him daily since The Bandit came upon the scene.

His responses clearly illustrate his limitations. Once past Rissia, Chud, weird, geriatric and boomer, he's pretty much done.

He needs to spend much more time in the tree eating fat fleas groomed off momma and sistas, to obtain the energy to try to respond effectively.

The Atlantic, why would believe anything written in that rag, but QAnon...QAnon knows their shit - Every Trumptard everywhere.

Nobody knows this but this whole thread is basically Bandit arguing with himself.

He has made this blog nearly unreadable and is not helping his cause.

The police are going to keep arresting people until they're defunded.