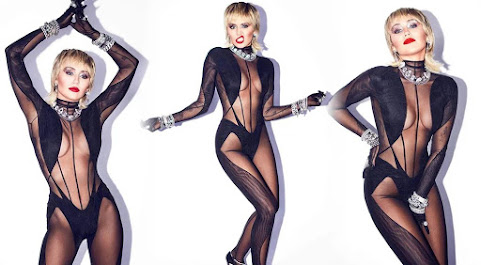 Right now was start the morning with a fancy bit of diva fashion tribute for most dedicated readers. And so we share some worthwhile items to start that day that are 68.7% more interesting than trying to sneak a peak of cleavage on morning news hotties. Checkit . . .

KANSAS CITY, Mo. - Supreme Court Justice Ruth Bader Ginsburg inspired and shaped the lives of so many women personally and professionally. Thousands of women in Kansas City touched by Ginsburg gathered in private and personal spaces to reflect. Lauren Thompson never met Ginsburg, but for her, Ginsburg's passing is profound.

Another Kansas City metro resident has died of the coronavirus and another 290 have been infected, health officials reported Sunday. To date, the virus has infected 36,650 residents, killing 507, across the region that encompasses Kansas City and Jackson, Clay and Platte counties in Missouri and Johnson and Wyandotte counties in Kansas.

Hybrid sunfish to be stocked in Kansas City lakes

The Missouri Department of Conservation stocks several lakes in the metro area with fish to give anglers a close-to-home fishing opportunity. This fall, a surplus of hybrid sunfish produced at MDC's Blind Pony Fish Hatchery will be stocked intermittently in four lakes, which also receive stockings of channel catfish.

When Christine Baglow moved from New Orleans to South Bend, Indiana, two years ago, she found herself at a dinner party with a woman with a formidable resume: former supreme court clerk, professor at Notre Dame Law School, a judge on the US district court of appeals for the seventh circuit.

Just looking at the presidential campaigns themselves, Biden ended August with nearly $181 million on hand to Trump's $121 million. Meanwhile, in August, Biden also outspent Trump more than 2-to-1, $130 million to $61 million - a disparity felt most acutely on TV, when the Trump campaign went dark in several key states.

An arrest was made in the investigation into an envelope addressed to the White House that was intercepted Saturday and deemed "suspicious," the FBI said in a statement on Sunday. The Associated Press, citing three law enforcement officials, reported that a woman has been arrested on the New York-Canada border.

In SUVs and on planes, richest 1% drive climate-heating emissions

LONDON, Sept 21 (Thomson Reuters Foundation) - Prone to frequent flying, a passion for SUVs and big spending, the richest 1% of the world's population produced twice as many planet-heating emissions as the poorest half of humanity over the last quarter-century, researchers said on Monday.

ByteDance says it will own 80% of TikTok Global, contradicts Trump's claims deal has 'nothing to do with China'

ByteDance said on Monday it was not giving up control of TikTok Global in the U.S. and said a claim that the U.S. Treasury would get $5 billion in taxes was just a "forecast" and would depend on how the business performed.


Hollywood Host Under Fire For La Migra One Liner

Jimmy Kimmel made a controversial joke while hosting the 72nd Primetime Emmy Awards on Sunday Kimmel joked about reporting John Oliver to ICE after the British host won an Emmy for Outstanding Variety Talk Series Oliver's late-night show Last Week Tonight has won the award for five consecutive years, beating out Jimmy Kimmel Live in the process Viewers expressed their frustration with the comment on Twitter Jimmy Kimmel was called out for his 'white privilege' after quipping that he would report fellow comedian John Oliver to ICE during the 72nd Primetime Emmy Awards.

MILEY Cyrus put on a hot display again posing in a sheer body suit as she revealed she has more time to "video herself stripping naked" now that she's single. The Malibu singer posted the racy shots to Instagram that saw her flaunt her figure in a barely there outfit as she teased an upcoming IHeart radio performance.

Peter Vermes is quick to point out Sporting Kansas City's 3-2 defeat to FC Dallas Saturday afternoon at Children's Mercy Park was, for the most part, a result of self-inflicted mistakes. But the SKC boss was fuming about FC Dallas' "disrespectful" "antics." Vermes was referring to


We All Fall Down

Hide Transcript Show Transcript A FEW SPRINKLES MAY MAKE IT. WE HAVE GOT THE HAZY SUNSHINE LOOKING OVER THE CITY JUST LIKE WE HAVE BEEN DEALING WITH. WE ARE AT 73 DEGREES, HUMIDITY 48%, AND WE HAVE A NICE PSOUTHEAST BREEZE AT 13 MILES AN HOUR.

I don't know if that's REALLY fancy at all.

i'll be optimistic - i've caught both species of parent fish at eleven inches or better.

this may be a fish that could reach two pounds or better given time to find their niche in nature.

I bet McCain meet Ruth at the Gates of Hell and assured her it was a dry heat down here.


Ruth Ginsburg wanted to hang on to that power so bad she screwed everyone she was fighting her whole life for. If she would have retired under Obama he could have replaced her with a liberal even more radical than herself but she wanted that power more. That works out in our favor so a least she did that right. Now she is standing in judgement of all the babies she murdered through her abortion issues. She played right into our hands.

This just in! Ginsburg is still dead! Yes, she has looked like it for over a decade but she is actually dead libtards. Keep losing your shit and driving people away from you. It's fun to watch!

"Thousands of women in Kansas City touched by Ginsburg gathered in private and personal spaces to reflect." (KSHB)

A spokeswoman for the group of survivors indicated that a planned class action suit against the Ginsburg estate would be forthcoming.

"If there’s a Supreme Court opening in the last year of President Trump’s term, and the primary process has started, we’ll wait ’til the next election to confirm a new justice. And if I ever contradict that vow, I want you to use my words against me." (Lindsey Graham, 2018 Atlantic Magazine interview)

"The American people are about to weigh in on who is going to be the president. And that's the person, whoever that may be, who ought to be making this appointment." (Mitch McConnell, 03/20/2016 on Meet The Press)

My favorite RBG tune from The Wizard of OZ:
Ding Dong The Witch Is Dead

I wonder if when Justice Clarence Thomas passes away we will be subjected to public wailing and gnashing of teeth and odes to the man who inspired so many blacks in their careers? Or does that just work for leftwing Jewish women?

This is my all time favorite looney tunes gnashing of teeth.

P.S. We had the Russians poison the old bat. 😏

A replacement will be named. A vote will be taken and the seat will not be filled with a liberal freak. Get over it Democrats!

^^and yet there won't be enough votes to confirm. So weird.

TikTok, making public what should be private because it is so damned embarrassing for way too many months now.

“That’s their job,” she said. “There’s nothing in the Constitution that says the president stops being president in his last year.” - Ruth Battleaxe Dead-As-A-Doornail Ginsburg, July 2016

^^ha! Bandit got knocked the fuck out again! He's too dumb to know everybody passes his bullshit responses by. He spams these threads all day talking to himself.

11:57 the great bandit is in your head living rent free! Hahahahaha!

Those Karen’s were invited over to see their neighbors brand new backyard remodel, nothing more than showing off their white privilege! Hahahahaha!

SPLOOSH! Another turd floated in the shallow end of the libtard gene pool!

"Senators reusing to vote on President Obama's nominee to the Supreme Court should recognize that a president is elected for four years not three."

Greg Allen
@gregallen92
·
4h
Joe Biden was told, "You don't have a chance Joe" in Duluth Mn. September 18th. His answer, "Probably not". Please watch and share. The Media does not want you to see this video!! Lets get this mainstream....

US media is second rate compared to UK and the Aussies. Sad.