Kansas City Back To The Grind Link Pool 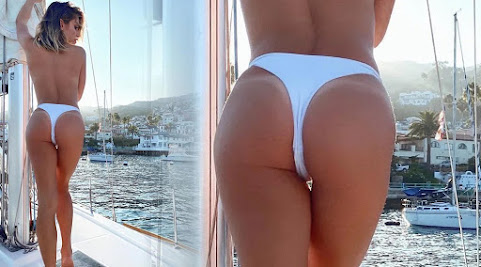 The spinning wheels and smell of burnt rubber are part are the deafening car stunts, notorious on city streets, known as sideshows. But on Sunday, one sideshow was purposely reined in on a course near East 31st Street and Paseo Boulevard.

Some Olathe students head back to class Monday full in-person

OLATHE, KS (KCTV) -- The largest school district in the Kansas City Metro area is changing gears and sending kids back to the classroom starting today. Just over 9,000 in-person elementary students in the Olathe School District will transition from hybrid to full in-person learning today.

Although Electric Park is long gone and beer is no longer made there today, the Heim Brewery building at 2700 Guinotte Avenue is up and running again. Mark One was brought into the project to bring all electrical up to code and recreate the historical feel with modern fixtures.

Kristin Cavallari mom-shamed for posting topless pic in thong bikini: 'Appropriate for a mom of 3?'

Kristin Cavallari posted a steamy picture on social media on Thursday, much to the disapproval of some of her fans. The " Very Cavallari " star was on a boat and posed topless in a white thong bikini. "Pretending it's Positano ✨," the reality star, 33, captioned the post.

Joe Biden's presidential campaign reacted swiftly following a bombshell report from The New York Times that Donald Trump paid no federal income taxes in 10 out of 15 years beginning in 2000, turning around a digital video and putting out merchandise within hours of the report's release.

Martin Belam The shocking claim that Donald Trump paid only $750 in federal taxes has dominated headlines after a New York Times report into his financial affairs, but it is far from the only surprising sum exposed by the documents. Here are some of the key figures: $750 Federal tax Trump paid in 2016, when he won the presidency.

The only debate moderator to return, Fox's Wallace preps

NEW YORK (AP) - Four years ago when he first moderated a general election presidential debate, Chris Wallace was firm and funny in trying to get Donald Trump and Hillary Clinton to stop talking simultaneously. "I'm not a potted plant here," he said. "I do get to ask some questions."

UNIVERSITY PARK, Pa. - Many believe the more people who participate in the political process, the better it is for a democracy. A new international study finds the character of both the politicians and the voters involved can undermine that process.

Plant Parents, get hype: Verdant is now open for business

Storefront of Verdant. // Courtesy Verdant Local Kansas City ceramic company, Convivial, announced the opening of Verdant, their first retail store in the Kansas City crossroads area. Convivial is a Design and manufacturing company that sells ceramics, tables, plants, and much more. Since 2014 Convivial began with just one woman in her garage making pottery.

KANSAS CITY, Mo. - A new non-profit in the Kansas City metro is making its mark helping victims and survivors of human trafficking. Rise Up KC has collected thousands of items that will go straight to in people in need, but the organization didn't do it alone.

Russ - Take You Back is the song of the day for right now and this is the OPEN THREAD.

Why would you need to do a study? Anyone who has ever interacted with a politician would already know that.

Not suicide. Just too much Kool Aid.

@ 12:48 You're really stupid it's the democrats that drank the kool aid. You don't even know where that phrase came from do ya. flipping MORON.

And yet I do, and it's appropriate. Weird.

^^Go ask your wife if you want to see them. She has them all.


on Instagram a hottie posted a pic of her butt in a thong..and a commenter said "please fart in my face" funny.. weird..but funny

12:54: From what Stormy said, taking such pictures would require a microscopic lens.

So here is what’s key in all this tax stuff so listen good you dummy libtards, the irs has no issues with Trumps taxes, let me repeat that, the IRS DOES NOT AND IS NOT SUING TRUMP OR ANYBODY RELATED TO TRUMP AT THIS TIME, ALL OF HIS TAXES HAVE BEEN REVIEWED ALREADY BY THE IRS AND THEY ARE GOOD WITH HIS TAX RETURNS.

The state of New York is the one trying to take Trump to court over his taxes. I know it’s hard for you libtards to differentiate and understand this so take your time and allow this key information to sink in or your heads will explode..... if they haven’t already! Hahahahaha!

Yes the dimwit run New York is and has been seeking his tax returns since he started his run for President, they only want them to get whatever they think will hurt him with the despicable dimwit followers. They’ve been desperate for four years now to get this information but somehow have managed to be too stupid to get them. Oh well, what else would you expect from morons and losers!

^and now they have them and he's going to jail. Sorry, not sorry. You backed a thief who hates you. Deal with that repubturd. Weird.

1:28 First off dumbass New York doesn’t have access to Trumps tax returns why do you think they are suing him for them? Surely your not that stupid are you? Nobody is that stupid..... well, you are!

Secondly, whoever may have obtained them obtained them illegally and when caught they will be the ones going to federal prison so...

More than likely this is another desperate attempt with fake news to sucker the unbelievably stupid dimwit followers to keep voting for rapey joe and all the other dimwit politicians, any way they can is their motto which includes lying, cheating, burning down cities and even murder.

^^and will vote for Biden because of this.

Here's one of the ways he avoided paying taxes: Ivanka was paid over 700,000 for being a consultant. Then this "fee" was used as a cost of doing business, lowering his tax liability.

In the past, he complained about poor people not paying any taxes.

Oh, & don't forget, how he cut taxes for the rich, but not the middle class. We're still waiting for the "trickle down" on that one to create jobs.

Trump is in $400M + of debt. Wonder who he owes all this money to? Seems like critical information for the President, no?

1:22 NY is going after Trump because he valued properties on loan applications that any common man would know don't make sense. NY in turn, would like to see his taxes in order to determine how he valued those properties there. Slowly for you, he inflated the values to banks and understated them to the IRS. It's called Fraud. Trump is a fraud. And if he wasn't a fraud, he would've turned over his taxes. Make sense? You know, that whole innocent people generally have nothing to hide.

Apparently no one told Brad that Everything Trump touches dies. ETTD.

"It stings the nostrils."

Anyone ever been to Donald J Trump state park?

Going to jail for what? Remember the NYT itself had to admit there are no violations of law here.

You poor saps, always getting your hopes up.;)

Ha ha! No. Biden is the BLM candidate!

You're so obsessed with Trump's penis.

A shitty businessman becomes a shitty president. Whoda thunk it?

When First Mate Kristin left the bow bare and the stern exposed, the Captain maneuvered through a tight spot before dropping anchor!!!