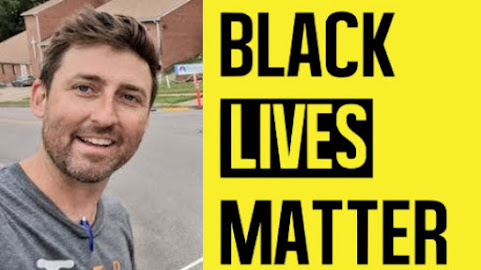 Bombastic and divisive statements might be a good move for an "ally" who wants to speak to his own community.

However, we're not sure this kind of accusation is befitting of an elected official . . .

Here's the word from a local politico who hasn't made a peep about rising crime or made many visits to the Latino neighborhoods in his district . . .

"Some NFL fans booing the players for standing and locking arms in a moment of silent unity proves that for them “standing for the flag” was always about perpetuating white supremacy."

To be fair, his tweet has earned an epic response and much greater interest than his recent move to stab BLM supporters in the back and delay a vote on local police control that they demanded over the Summer.

Possibly because tweeting is much easier than voting.

This asshole has to go!

Why don't they launch a recall of him.

I'm sure his district would sign in a second.

So not agreeing that a rapist and a drug dealer getting shot should be elevated to angelic status is now white supremacy?
I tell you what. Why doesn’t the chiefs have a half time show featuring a mock up a city on the football field being looted and burned
That way you show everyone that was booing what is really the message instead of kneeling for the National anthem

No, little Eric, it's that many are brave enough to vocally reject mandatory woke propaganda.


No Eric the chiefs are black supremacists, and so is BLM. They even do the black panther fist. Everyone can see through the racist white hating BLM. So for this illiterate Prick to make a suggestion that fans who booed are racist is way over the line. In other words Eric wants you to believe his way or no way. That is what you call a dictator.

they were booing because they were arm in arm with no masks and the virus is now going to get them all, all their friends and relatives, lives apparently do not matter after all. They eed to all quarantine immediately and get tested no less than 2 times a day until Nov 3.

The misconception that booing (CRITICISM) equates to RACISM on elevated to White Supremacy status is insane. How does he know what the fans intentions were? Reading too much into booooooooing!
Panties in wad comes to mind. Dig them out and move one.

8:21 Example of low IQ that just has to say something to confirm it.


can't believe I voted for this faggot asshole..it was either him,or this Democrap greedy Firefighters union slob.

Now if you protest BLACK ON BLACK CRIME There won't be any BOOs..People see RIOTING and Protest on the news Daily. We have the message.Its freedom of speech. BOO ALL YOU WANT .YOU WILL BE complaining,about Race for another 500 years. And there are blacks,that are RACEST as well. And I have heard many comments. Cracker Honky ect.


Taxpaying citizens are booing the NFL's support of murderers, drug dealers, wife beaters and rapists that resist arrest and then blame the police.

Taxpaying citizens support KCPD but not the NFL or criminals.

Nothing to do with racism.

Police departments all over the country have and will beat the living snot or shoot a white person resisting arrest just as much as a black person.

Only rich Hollywood celebrities like O.J. Simpson get off with murder and crime because they can afford the best attornies.

The fans were booing because Clark Hunt's vendors were selling last year's stale hot dogs and beers for $10 each; plus the parking lot had last year's vomit.

Bike lanes are a symbol of white supremacy.

Can somebody please explain to Eric that he is not African-American?
Therefore, since he is not A-A, HE MUST BE A RACIST!
This is Dogma in the Black Community, so we must all accept our place in things.
We understand that Eric wants to be Mayor, but that Office is now the sole privilege of African-Americans.

Don't think Mr. Bunch knows that part of his district is North of the River. We were dragged into it in order to even out the population in each district. We have nothing in common with the vast majority south of the river. Mr. Bunch never visits the poor immigrant part of his district, and he is not going to cross the bridge for the other little sliver.

watching the game on tv, we missed the booing and the unity gathering seemed confused and harmless.

contrary to some comments, watching the game on tv was fun snd exciting.

Eric is a deep thinking political genius....what a moron! White supremicists my ass! Last night’s display by the teams and scoreboard messages were racist against white people, shameful!

Fuck this Tool! The NFL pregame was too much and over the top with their message. People are fed up with the protests and BLM.

He should shut up and keep his verbal diarrhea to himself. Nobody wants to hear about the idiotic thoughts that form in his deficient little brain.

9:23 Yeah, you aren't going to give up your viewing pleasure to resist BLM and the other anti-white racist turds.

If you watch these games on TV, you're a part of the problem, and supporting this bullshit. You surely helped paint the streets. Fuck yuou.

If they wanted to support the BLM, then he crowd can protest right back. They have every right. They are crybabies for getting it right back.

When Bunch began self-identifying as a WET-ASS PUSSY (WAP), the rest of the Council chipped in to get him a bucket and a mop!!!

So when whitey boos the other team it’s now racist? I guess we don’t have the same rights as the rioters and murderers, got it. If we start rioting and looting and murdering then we get to be coddled and spoiled rotten like the blm crowd amiright!

All it "proves" is that people are fed up with politics being shoved down their throats after paying hundreds of dollars to watch FOOTBALL, not millionaire snowflakes. PLAY BALL!

Hey Eric, crawl back under your rock.

Bunch is a fool. The philosophical underpinning of BLM is critical race theory. Under CRT, whenever a white person denies that there is systemic racism, he is a white supremacist. There is no such thing as honest disagreement. Unless you buy into the whole scam, you are a racist and white supremacist.

A show of unity is not a good thing if the thing they're united about is BLM/CRT. The boos were more than justified.

Can we tar and feather this one sided two faced fag and glue him to a street art mural ?

If Erique knew anything about sports, the $300 price of admission paid for a sporting event entitles the bearer to boo the hell out of anyone on the field. That's the truth.

People love the game. They don’t care for a bunch of complete idiots i. e. DeShaun Watson who are playing it. Nor do they want to go to a game and have political views shoved down their throats. Especially when those views are in conflict with most Americans’. You’re the racist. I bet you hate all white people.

It took Nancy Pelosi 34 years to get offended by those Confederate statues.

The communists living within the CHAZ “country” of Seattle ran out of food and supplies and were begging for help. Welcome to actual communism morons!

Maybe it’s the people, not the cops, that need better training.

Liberals are attacking conservatives and pushing for a civil war. If Liberals wanted peace, there would be peace. If the Conservatives wanted war, there wouldn’t be any Liberals.

Should the Pyramids be torn down since they were built by slaves?

Robbery in progress. Better go online and see how civilians think we should handle it.

Our country will become a better place when everyone realizes there are only two kinds of people in it…. Good people and bad people. Ethnicity doesn’t matter.

While we are getting rid of stuff, let’s get rid of rap music that
promotes violence and hate.

Are we the only country dumb enough to start another civil war because we are offended by the first one?

Are you being treated poorly by the police? Well, have you tried not breaking the law to see if that helps?

Does anyone see the irony in the fact that the Floyd funeral spectacle had a police escort?

Minneapolis has a democrat police chief, a democrat mayor, and a democrat governor; yet the republicans and Trump are at fault.

If a dude pretends to be a woman, you are required to pretend with him.

Some how it’s un-American for the census to count how many Americans are in America.

Twenty is too young to drink a beer, but eighteen is old enough to vote. (16 in some states allows one to vote now.)

People who have never been to college should pay the debts of college students who took out huge loans for useless degrees.

Immigrants with tuberculosis, polio and communicable diseases are welcome, but you’d better be able to prove your dog is vaccinated.

Irish doctors and German engineers who want to immigrate must go through a rigorous vetting process, but any illiterate
Central-American gang-banger who jumps the southern fence is welcome.

$5 billion for border security is too expensive, but $1.5 trillion for “free” health care for illegals is not.

People who say there is no such thing as gender are demanding a female President.

We see other countries going Socialist and collapsing, and it seems like a great plan to us.

Criminals are catch-and-released to hurt more people, but stopping them is bad because it's a violation of THEIR rights.

And pointing out all this hypocrisy somehow makes us "racists".

Yes @2:51 I read that article in The Epoch Times myself, and that's what they said all right, word for word.