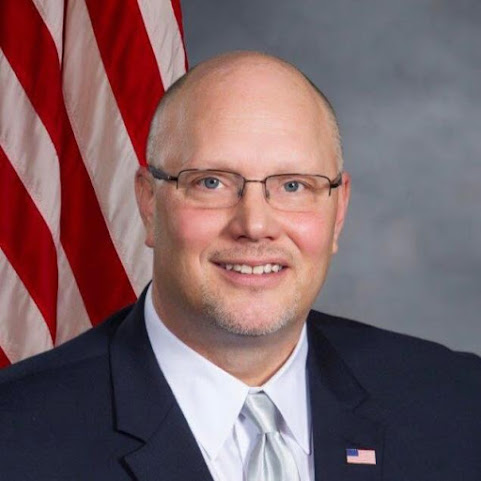 Another day, another petition.

This time around golden ghetto progressives pile on a right-wing Johnson County politico for social media chatter that was probably posted after watching far too much cable news.

Actually, the post was a lot more innocuous and there was even a bit of poetic creativity that was since been tragically removed given the recent social media outcry and call for resignation that has a few thousand supporters.

"At a time when heated rhetoric rarely surprises me, I have to admit shock in seeing something like this from a local elected. Gross distortions; encouraging constituents to prepare for armed war w/political opponents?

"This is reckless. This is racist. This is wrong.

Maybe he was talking about party bongos and not war drums?

Mike Brown is the only one worth a shit on that council.

But then again, he's a coward and can't even stand up for his own social media posts. Weird.

See what happens when you're in office and speak the truth and facts about things? The left comes after you for they don't want you knowing the truth. Mike Brown is actually well liked in JoCo.

^^and yet referencing, & dog-whistling for a civil war is the "truth about things?" This why everybody hates you Simpledave. He's a CHUD and I hope he gets run for it.

He looks like a dickhead. Literally. No wonder simpledave loves him.

Because agitating for violence is a-ok if you're part of a BLM looter flash mob. Hell, you don’t even have to wear masks!

^^and yet nobody's doing that Maude. You're the reason everybody hates old people. Do better! Weird.

Mike Brown comes from a family that has built many wonderful homes for people and as Dave said the family is very well liked. 12:24 and 12:33 is the sort of loser who would hate a good person if for no other reason because they have done better than them.

Just because you don't like how facts make you really see how the majority of your race lives or behaves. That don't make the facts racist?

what were his facts? He might have a great family, but he's still a puss. If he believed what he said he would defend it.

Sounds like a silly man to me. I don't support him. He should resign.

I is true that nobody is advocating for violence, at least not Mike Brown.

Don't be hatin, just because you have an inferiority complex, Keyboard Koward.

So basically because the guy doesn't kiss niggers ass' and coddle white guilt cucks makes him a bad guy?
Makes him Presidential in my eyes!

Stay the fuck on your own side of the border, Lucas!

Tough talk is normal here, but not most places.

Cancel culture muffles many FB and political voices. Brown is talking Civil War when most libs are thinking Civil Rights.

They see him as stirring the pot towards violence, while he see's a coming conflict. It's a big divide.

What really gets me is the same people that want to call black people niggers are the same one's that will scream My best friend is black. Or they will be the one who is budding up to a black man on the job.

Just because says Black lives Matter it does not mean yours don't. We would like Black Lives to matter just as White Lives do. If the police were killing white men in a alarming rate you would be protesting as well.

1)When the constitution was written did they include Black Lives?
2)Why was it illegal for black people to vote until 1965 and there was still Voter suppression.
3)If you see nothing wrong with his statement you are the problem
The more I read the comments just let's me some if not all of you don't want change. You don't want justice nor liberty for all. You might see a guy that builds nice houses or might be a friend to you. What he wrote from his platform of White Privilege tells me that he is a self absorb spoiled rotten DICKHEAD with racist views that needs to loose his job!!