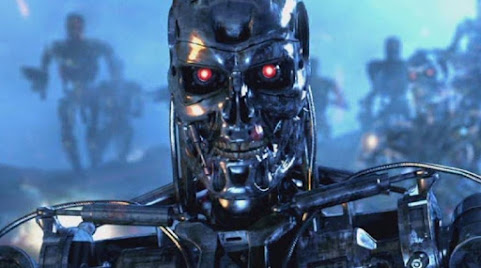 The pandemic is more than just public health regulations imposed without much room for productive debate . . . COVID-19 has fundamentally changed American culture.

The myth of national cohesion has been exposed as a lie at best given that the nation is, clearly, fundamentally fractured across partisan lines. Even worse . . . Look closely and notice that Americans simply don't like each other that much. One party might triumph in an election that will leave the other side seething in anger and grumbling for years . . . Sure, sour grapes is nothing new but MILLION UPON MILLIONS of Americans are destined to be extremely heartbroken when their side loses the election that'll likely be decided in court and not by voters at all.

Moreover, the return of American scarcity has also turned people in this nation against each other as the "stimulus" has put nearly EVERYONE on some form of welfare despite dated double talk about bootstraps.

Reconciliation among American voters isn't just unlikely, it's a virtual impossibility in this political climate . . . Moreover, a nation that pretty much hates itself is unlikely to return to eating together any time soon . . . Do we dare to imagine that Prez Trump supporters and BLM activists would ever sit at the same table to do anything but stab each other in the throat???

Brief aside . . . The most interesting people stopped voting years ago and they're the true silent majority if we look at voting data that isn't clandestinely trying to spin people who are happily disengaged. But I digress . . .

Hanging out with strangers is OVERRATED anyhoo and the new hotness involves taking people/workers totally out of the equation when it comes to sustenance.

Very much like those KICK-ASS Terminator movies . . . Robots are the future.

Check our favorite recent example with a local mention and early adoption:

The Genius Of ATMs Serving Pizza And Rice During Covid-19

And here's where are conservative pals cheer the suffering of the working-class.

Realize that automation won't stop at replacing burger-flippers. Automation has its eye on high end jobs as well . . .

Vox: “Knowledge workers” could be the most impacted by future automation

And so, given the high level of antipathy Americans have for everyone outside of their bubble . . . Don't expect any mercy as the machines replace more and more jobs throughout the workforce.

Again, the only benefit to all of this is that our future robot overlords no longer require humanity to feign social niceties as they serve and command a great percentage of the population every day.

Love the snark and the cynicism here TKC. But c'mon man, the future has to be better than everybody eating from a can. That's not very inspiring at all. Sorry.

Eat recycled food. It's good for the environment and okay for you!

No way, trump voters totally love their fellow Americans. They're just waiting to extend a hand across the aisle and work together. Right after they steal the election.

White collar jobs involve far more conversation and interaction that seeks the customer's satisfaction based on that same customer's subjective opinion. The people who write these articles are diseased with Dunning-Kruger syndrome and vastly overestimate the level of participation needed from potential customers to achieve their hypothesis.

I can do my own taxes and so can Jeff Bezos because he doesn't pay any, but for millions of folks who want to itemize and get it right, plus work the corners and grey areas, you need an accountant, or in the case of General Electric and army of actuaries.

No robot is selling mortgages any time soon. The rules are different in every state, the customers need their hands held constantly, the landscape in terms of what the customer determines is important is a constantly moving target.

At some point, if the Democrat/Fascist/DNC populates the country with enough illegals that are on the dole and vote, then the Government will determine the rules that HAVE to be followed, remove the human element (Because they don't give a fuck about customer satisfaction) and you will be directed at gunpoint to your new hovel, fully stocked with cans of beans left over from the era when you could buy food from ATMs.

And they thought people were bullshitting them when they started the 15 buck and hour crap. Oopsie! Guess they were wrong! Sorry little socialists but your services are no longer needed. You've been replaced by R2D2.
🤣🤣🤣🤣🤣🤣🤣🤣🤣🤣🤣🤣🤣🤣

TKC won't be as great being written by AI 100 years from now. The AI comments will be the same tho...

There will be NO GOYA beans available in the future.

Even a robot can cut and paste articles

Oh, there will be plenty of Goya Beans in the future.
It will be amazing how many of today's "Trump Supporters" will turn out to not having been able to stand the piece of sh*t after all, just look at Germany in 1946 - no Nazis in Germany then, no Trump Supporters in America in 2022 after the truth has become known and the Oval Office has been repaired.

You're right, Tony. People don't like people all that much. I appreciate a good self-checkout option myself but am absolutely annoyed by the slow moving customers who hold up these lanes. With the whole issue of waiters spitting in food, licking food or otherwise disgustingly manipulating a persons food due to micro and overt aggressions, machines seem like the much better option. It takes human emotion/interaction almost completely off the lunch, dinner table. Businesses perform better when they don't have the hassle of emotionally unstable or immature employees.

8:40 The Trump Hitler comparisons are absurd and reveal your lack of erudition, ingenuity and creativity.

When most people, even the people voting Democrat, see you, or, any of the "Hair On Fire" whackos on Cable, Local, or, National News compare Trump to Hitler, trust me, they cringe and wish you would shut the fuck up.

Trump supporters and folks who vote conservative, WANT you to be out of control, hysterical, immature, predictable whack jobs, because Independents, with above room temp IQ, are disgusted by your idiotic behavior.

America in no way, resembles the Weimar Republic and, if ANYTHING, the riots, violence and Cancel Culture resemble the 1966 Chinese Cultural Revolution.

Not a good look dumbfuck.

Self checkout is the way to go! I hope the Terminators take it easy on me!

Chuckles, old buddy...
Nobody compares Trump to Hitler, the apt comparison is Trump to Mussolini.
Hitler had a few successes during his time in power.
You are confusing the comparisons of the Trump Fanatics to the Nazis.
Even the Italians weren't fooled by Benito's posturing.

WATCH: In the space of less than a minute, Joe Biden compares Trump to Goebbels and Fidel Castro.

Wrong on one point. The main Weimar resemblance is debt spending. We're there.

In the end, the bankers make nations wage war for profit on the borrowing.

Bezos pays more in taxes than you would in 1000 lifetimes. You both get the same public services ..... the argument is he should pay more in taxes.... he pays his “fair share” instead of taking from the rich figure out how to get rich.

I agree .. I think Hitler would be scared to death of Trump hahahahaha

My company has a full cafeteria on premises and they recently replaced all of the food staff workers and cashiers with little sliding doors that open only after you pay. It's the same food, it's just that now it is "pre-served" into a compartment, and you pre-pay for it. Want that burrito? Swipe! Want the nachos? Swipe! They eliminated about 20 jobs doing that, and no one is whining. This is what it kinda looks like: https://www.thoughtco.com/thmb/ZmJOew4IvXVFOXmCOh9kSjvjsq8=/768x0/filters:no_upscale():max_bytes(150000):strip_icc():format(webp)/automat2-59d6a734845b3400109d937b.jpg

if you rate hitler as a manager and not a dictator the little shit would get a below average grade. The reason why so many eastern europe today is what choices do they have but goose step into the 21st century. Fascism is the path of least resistance. In other words, any bung hole could do it. trump has always been a shitty manager, would he drop nukes if DMT (maxwell is trumps middle name on his birther). in the post mccarthy era where fraud is means of production & the captains of industry are the heroes it's easy to believe trump's administration would fail in comparison to i.g. farben

The people developing AI say we should be afraid of it.

If that's true then shouldn't we be afraid of them?

Just because you can, doesn't mean you should.

You never voted for Obama. You are a bot.

AI can't replace me. You can't make a robot that dumb!