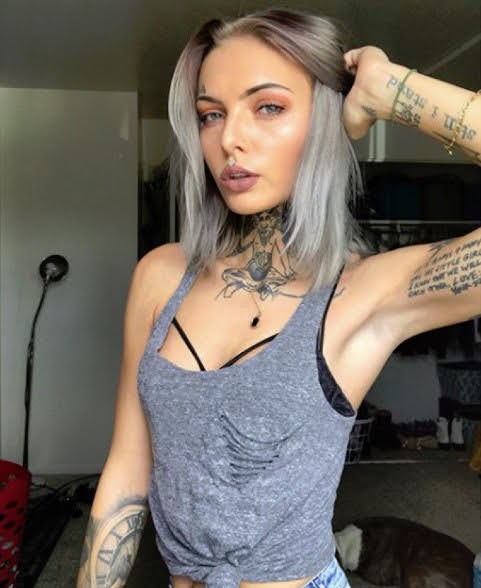 With a few scathing comments and notes sent our way, TKC readers have asked us to mention the local connection to a current elected official:

News fact check from 2013:"Jackson County prosecutor Jean Peters-Baker announced that rape charges in the Daisy Coleman case would not be filed . . ."

Throughout the local media we've seen accusations that "the system" failed Ms. Coleman but that "system" is represented by a single politico who made the controversial call in a tough case not so many years ago . . . 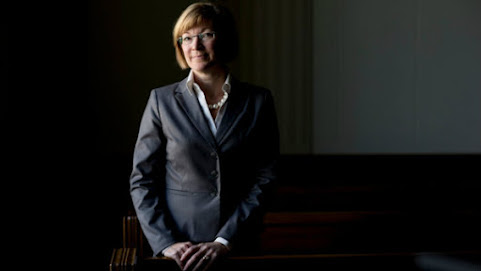 To be fair, it's not accurate to blame anyone for this tragic suicide. It's merely important to fact check the political rhetoric of many media outlets who have FAILED to mention a local politico at the apex of the controversy which vaulted Ms. Coleman into the media spotlight.

And so along with suicide prevention resources we share more info and our respects to Daisy and so many friends & family who loved her . . .

Mean jean gets a pass, of course. Media doesn't really want to hold people accountable for their decisions.

Hey now, the person who made the ultimate decision was daisy. God rest her soul but that was an unforced error. I wish she would have got the help she needed. This is a sign that EVERYONE needs to be more compassionate to people.

Too nice for this blog. It's about politics here and I only wish the newspaper would report this kind of thing. They nearly omitted Jean's role in all of this.

Money,Money,Money. Jean is available and affordable. She has zero integrity.

Face it, the girl was unstable.

It's a pattern for Jean and the JACO prosecutor's office. Charges declined are the hallmark of the office. Let's not forget about the murder charge she dismissed and then "oops my bad" couldn't refile the charges.

Charges were not filed. years later the girl committed suicide. There is no causal relationship between the two.

There may very well be a correlation between neck tatoos and mental instability.

Blame starts with the Nodaway County prosecutor and sheriff. Shame belongs to Maryville

City officials have gone full commie what do you expect.

Advice for young girls - go to a party where men are drinking alot, one of them will want to have sex with you, and may force it. Drinking effects their judgement and decisionmaking. Some drunk men have raped and killed the women. You could be next. Dont go places that puts you in danger.

If a guy looks like Kyle Yust, please reconsider hanging out with him or anyone that has the word "Satan" or a "skull" tatooed on them. Bad boys are bad and will do bad things to you. Better to be with a boring guy, than dead.

^^ Face it, you’re an unfeeling asshole.

Where did you get your medical degree in psychiatry? Nowhere? I thought so. You know nothing.

Petersucker came back from maryville declaring they was nothing she could do. In what world does an 18 year old punk admit to getting a 15 year old girl drunk and then having sex with her not statutory rape?

We should ask Petersucker how much money could make something like that go away.

She continues to leave a bloody trail of death wherever she goes. I bet she will never lose one ounce of sleep over any of the terrible things she’s allowed to happen while pretending to “protect and serve” the citizens.

How will she act when one of her kids gets raped or murdered? I bet she be demanding the death penalty.

Daisy tried to kill herself every fucking month.

Glad she finally succeeded at something.

Here is something I thought of reading all of this...Jackson County and Wyandotte County both have DA's that do noting to earn their money. They pass on tough cases and act like they saved their community with the easy one's. They are in it for the easy money and the TV time, nothing else. Baker and DuPree are birds of a feather. At least TV district attorneys find ways to win.

Looking at the picture she had way more problems that just getting raped.

She could have found a nice guy, been married and loved. But didn't want that. Sad story

Dupree was ravaged by the Star for doing exactly what Peters-Baker does.

Star loves those tax breaks. It's not activism, it's Journ-o-list-ism.

You have to be honest though, dedicating one's body to Satan isn't asking for love, care and refuge.

Pray for the family and what few REAL friends that she had. R.I.P.

11:12, you forgot, she succeeded in getting fucked and getting a care bear full of corn from greg too.

Replies show how little people know about Rape, self abuse and how the failure of the Judicial System in a majority of cases has the ability to convict anyone. While Petersuker might be the most worthless elected official, Rape is one of the easiest violent Crimes to get away with. Perhaps you might take one second of time and think of a person's death before posting your stupidity of basic events in a rape case.

Sadly, This is another example of liberal Democrats like Jean Peters Bsker letting criminals go free and this time it ended in tragedy.

People seem to forget the reason why Jean Petersucker Baker was there in the first place. She was there to railroad that guy. Didn't happen and JPB got egg on her face. People in NW Missouri wasn't in awe of the big city prosecutor trying to show the dumb hicks in a college town how to do their job. People in NW Missouri found out that JPB really wasn't that good at her job. We in Jackson County all know that now.

It was common knowledge that Daisy had a big crush on that guy in HS. At the party they talked, got drunk and fucked. Daisy latter admitted that it was good. She came infact. But while she wanted a relationship with her HS crush, he just wanted it to be a one night stand. Nothing more, nothing less.

She got caught by her mother who around town got a quick reputation of being a crazy "Karen." Instead of telling her mom the truth. That she got drunk, fucked to get a boy to get him to like her, she yelled rape. The media picked it up and made it more then it really was.

The thing is, Daisy quickly got a reputation of being crazy too. She wasn't a good student, nor very popular mostly because she was as crazy as her mother. And she wasn't a virgin at the time of the incident. Daisy had numerous partners by the age of 14. She slept with boys because she thought that will get them to like her quicker. She was very insecure and had more problems then we knew. But we all know that now.

^^^Well, well, well, looks like the Maryville crowd is weighing in (also at 11:12). Must be buddies with the rapist who dumped a passed out girl in her front yard on a night where the temps were below freezing. BTW, hard to come when you're passed out. But you keep telling yourself that when your fat ass is sweating on the next poor girl you dead horse after a night at the bars lumpy. Sounds like GHB is your best friend.

Do you how much better the world would be if all you geriatric fucktards killed yourselves? I recommend it., hell everybody else recommends it too.

@8:42AM, Daisy wasn't passed out. She knew what she was doing. But don't let facts get in the way.

8:35 comment
Nicely written summary of your version of the truth..BUT..the law defines what happened in this case as RAPE.

Sexual intercourse with an intoxicated underage girl is RAPE.

Because the rapist's family was prominent and politically connected, the case was brushed aside locally, and the victim was blamed. Happens all the time.

JPBaker was supposed to enter the fray as the arbiter of Truth and Justice, she failed! She saw it was going to be difficult to bring the case, and concerned about her future political ambitions, punted the ball to protect herself.

It's extremely common for rape victims who are abandoned by the justice system and don't receive proper counseling to blame themselves, go into depression, self-harm, and spiral downward. Daisy's suicide is just the end result of a multi-year process in which a naive young girl sought approval and acceptance, was abused and abandoned, and those tasked with protecting the innocent and upholding the law failed in their duties.

So it wasn't rape, it was "Statutory Rape" you know, that "sure she was only three, but she wanted it, and she led me on" business.

Quit blaming the victim, or the next time you get your face punched in, your attacker can just claim "he wanted it"!

But then as you say, don't let the facts get in your way.

8:35 when the object of a premeditated one night stand with a 14 yr old ends up with her 'getting caught' by being passed out in the cold partially clothed and a sex tape being passed around, sounds like the guy and friends are not only sick cruel and stupid, he is not even good at giving one night stands. no chance in hell the 14 yr old came weirdo, everyone knows males are terrible jack rabbit fuckers until at least 40.

always funny when country folk talk about KC being the big city with KC city slickers, and how they are just simple country folk instead of clowns in less densely populated areas.

You could tell by all of the tattoos that woman had very serious mental and emotional health issues. She was lost even without the memory of a rape to deal with.

^^says the geriatric fucktard therapist from his office in his shitty trailer in Frogville. Keep your know-nothing mouth shut geezer. This is why everybody hates you.