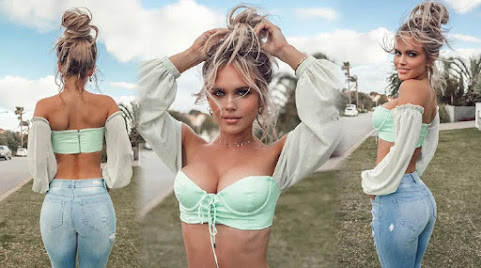 KANSAS CITY, Mo. - When a family, doctor or government leader faces an ethical dilemma during COVID-19, they often reach out to the Center for Practical Bioethics in Kansas City, Missouri. The nonprofit organization has been guiding decisions to ethical healthcare-related dilemmas since 1984 but has ramped up its involvement during the novel coronavirus pandemic.


As COVID-19 spreads, 2,500 wrestlers from 40 states expected to descend on Kansas City

A wrestling event is touting to bring 2,500 school-aged athletes from 40 states to the Hy-Vee Arena in Kansas City this weekend. RMN Events of Broomfield, Colorado, will hold the Rocky Mountain Nationals Friday through Sunday. The tournament will have competition for grades K-12 and open divisions, according to the tournament's website.

KANSAS CITY, Kan. - Kansas Gov. Laura Kelly issued another ban on evictions and foreclosures due to the COVID-19 pandemic Monday, and while it is progress, tenant rights groups are pushing for more permanent overhauls in the housing system. One group said people are still in the same situation they were in back when the pandemic began.

Blond bombshell Hilde Osland tantalized her 3.6 million Instagram followers with her latest share, a massive update in which she modeled a sexy ensemble from all angles. The pictures were taken outdoors, and Hilde posed on a stretch of grass with a car-lined street and palm trees visible in the background.

WASHINGTON - President Donald Trump hit the campaign trail Monday as part of his effort to offer a counter message to the Democratic National Convention this week, touching down in Minnesota and Wisconsin for three scaled-down outdoor campaign rallies.


Biden tries to elbow aside Trump with rural voters

During this week's Democratic National Convention, the Biden camp hosted a "virtual symposium" to discuss issues that have affected rural people, including trade, climate change and inequality in the food system. On Tuesday, members of the DNC's Rural Council were given the floor during daytime programming.


Anderson Cooper to MyPillow CEO: 'You really are like a snake oil salesman'

CNN's Anderson Cooper on Tuesday slammed MyPillow CEO Mike Lindell, an ardent President Trump Donald John Trump The Memo - Michelle Obama shines, scorching Trump Trump lashes out at Cuomo after his Democratic convention speech Biden seeks to win over progressives and Republicans on night one MORE supporter, for pushing an unproven therapeutic treatment for coronavirus, sales of which could benefit him.

North Korea is believed to have between 20 and 60 nuclear bombs - as well as a 2,500- to 5,000-ton stockpile of 20 types of chemical weapons, the world's third-largest, according to reports.

Kansas City Doggies Help Us Keep It Together

KANSAS CITY, Mo. - With the pandemic slowing down in-person interactions, KC Pet Partners said it remains committed to the mission of improving human health through the power of the human-animal bond. "What we can do is encourage people through animal-related engagement.


Arrowheadlines: Kansas City still remains the team to beat going into the season

NFL Power Rankings 2020: Examining the Best Teams Before Start of Regular Season | Bleacher Report Additionally, the Chiefs added former LSU running back Clyde Edwards-Helaire in the first round of April's draft, which should add even more punch to an offense that already ranked fifth in scoring last season.

It will be a bit cooler today with temperatures in the low 80s KANSAS CITY'S MOST ACCURATE FORECAST Low temperatures will be dropping into the 50s over the next 2 mornings Sunshine and no rain chance in sight Tuesday: It will be a nearly perfect August summer day!

So Mike Lindell went from a crack head to being a successful entrepreneur and Andy Vandybilt who lives off his family name and homosexuality dare calls someone a snake oil salesman,how shallow even for a queer.

All liberals do is complain. No ass hole is deep enough no tongue is wet enough.

"Kansas City Grapples With Coronavirus Tourism" HAHAHAHAHAHAHAHAHAHAHAHAHAHA!!!! Like anybody is going to come to this shithole after what Q Ball did to it. He's better at wrecking things than Obama is! I think it has to do with the selfie thing.

Trump dropping the biggest troll move ever by having a campaign event in Bidens hometown the same day that crusty old fuck accepts the AOC nomination.

Anderson Cooper, heir to the Vanderbilt fortune built on the back of Irish and Italian immigrants, likes to suck cock and take it up the asshole.

This CNN queer has no right to criticize Mike Lindell who started a small business that has grown tremendously and employs thousands of Americans.

Anderson Cooper is fortunate he has a security team protecting himself 24 / 7 as that pussy couldn't whip Nancy Pelosi.

Dr. Scarf does not live in Missouri, has no idea what conditions here really are, and should go back to her oak paneled bureaucrat office in DC and keep her ignorant pie hole shut. She is making political statements and is way outside her limited area of expertise, which primarily seems to be fellating Bill Gates.

If Melania Trump went on national t.v. during the Republican Convention and said vile, nasty things about Barrack Obama, - CNN, CNBC, the Guardian etc would label Melania a racist.

So Moochelle Obama has a penis? I thought you guys embraced perversion like that.

So both Trump and Lindell have money invested in "Doctor Potter's Miraculous Cherokee Oleandrin Oil" now?

Pimping yet another miracle drug that kills people after the Aquarium Cleaner didn't work out?

Hurry up and take this crap, Trump supporters, your President needs your cash!
And after you take this shit, you won't have any use for money anyway!

Atleast it won't be a zoom meeting like the DNC convention,when did they dig Stephen Stills up to perform?

God damn moochelle is as big as a cow! Holly shit she’s a big ole girl!

&&& Yet another post from one of the Gooberlube Bois!

8:07 I’ll give my money to Trump before I give one red cent to the tax and spend dimwits all day everyday.

Which makes pets worth considerably more than Baby Burt.

You're completely fixated on him. He owns you.

8:07 You know the aquarium cleaner death was a homicide, right? The wife killed the husband with it and then made up the story.

As for Hilde, I'd lay on top of that one. About a thousand times hotter than that cow with udders, Demi Fatass.

"I hereby second the nomination of Senator Bernard Sanders of Vermont for President of the United States of America." - Alexandria Ocasio Cortez, August 18, 2020