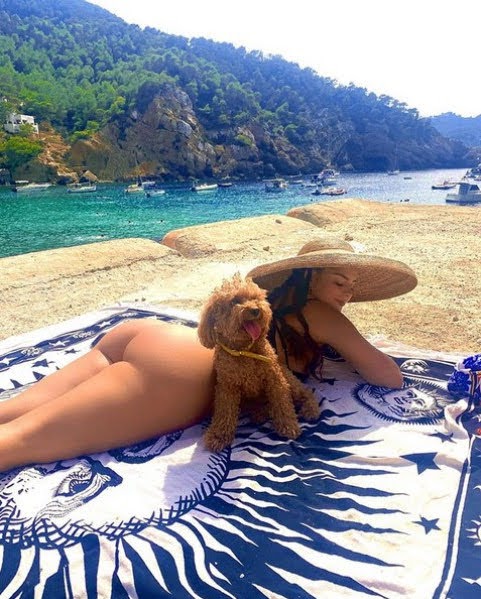 Right now, this shrewd bit of promo from hottie Demi inspires a peek at pop culture, community news and info from across the nation and around the world . . .

KANSAS CITY, Kan. - The University of Kansas Hospital says it's started seeing twice as many patients injured by assault, and experts suspect COVID-19 is to blame. KU Hospital averaged between 20 and 30 assault patients a month in the last three years.

KANSAS CITY, MO (KCTV) - The number of coronavirus cases in the Kansas City area continues to rise, but is that telling the whole story? The KCTV5 News investigative team has been tracing inpatient admissions over the past months, and no matter how anyone looks at it, July was busy in terms of the number of COVID-19 patients in the metro.

KANSAS CITY, KS (KCTV) - Monday night around 11:30, KCK police rushed to the 5100 block of Farrow for a shooting. "When officers arrived, they found two or three vehicles and a house that was hit with gunfire," KCK Police Officer T.J. Tomasic said.

A large explosion ripped through the Lebanese capital Beirut on Tuesday, injuring people and smashing windows in buildings across the city.

President Donald Trump has largely avoided subjecting himself to the scrutiny of a one-on-one interviews with actual journalists. There's a good reason for this. We caught a glimpse of it last month when Chris Wallace of Fox News dismantled Trump's argument that Joe Biden wants to defund the police.


Tucker: 'Probably Illegal' for Biden to Only Consider a Black Woman VP


Pelosi on the coronavirus stimulus price tag she's willing to settle for: '$3.4 trillion'

House Speaker Nancy Pelosi told CNN on Tuesday that she still wants a sweeping stimulus deal this week -- but she made it clear she is not budging on the price tag put forward by House Democrats, reflecting how far apart the two sides are despite days of talks.

Indian Prime Minister Narendra Modi probably has good associations with New York City. In the fall of 2014, shortly after his election, he gave a rapturous speech at Madison Square Garden that drew more than 19,000 attendees. At U.N. headquarters, he's often been an imposing, aggressive presence, especially during climate negotiations.

On Tuesday, the sports nutrition company BioSteel announced that it has made what it called a "a multi-year brand partnership deal" with Kansas City Chiefs quarterback Patrick Mahomes. According to a press release quoting BioSteel co-founder and co-CEO John Celenza,this was a no-brianer for each side.

Hide Transcript Show Transcript THROUGH THE CLOUD COVER. AS WE CONTINUE THROUGH THE EVENING, CLOUDS DRIFT THROUGH THE NEXT SEVERAL HOURS. A GREAT EVENING. TEMPERATURES IN THE LOWER TO MIDDLE 70'S, EVENTUALLY FOOLING TO THE UPPER 60'S BY THE LATE EVENING AND THAT SKY MOSTLY CLEAR, ESPECIALLY AFTER SUNSET TONIGHT.

Kansas City Starts Rent Lessons
Will these be the classes where they teach the renters to pay their damn rent?

Today's Blow Up brought to you by Taco Bell where explosive events take place shortly after being there.

Biden only wants a black female. Injun Warren only wanted a young transgender to make decisions for her Education department. AOC wants a one legged, african/ Pacific islander american with dual genital representations. You ask for Fruits and Nuts, you get them.

Life's just an endless beach when you're a nice piece of poon.

The landlord/renter university should be a pretty easy class, a one question final.
1) If the renter pays their rent on time, and the landlord receives it as scheduled then what action by the courts can be avoided?
A) Eviction
B) Eviction
C) Eviction
D) All of the above

When is Trump going to tell who attacked Lebanon? He said it was an attack at his presser. Too big to be a commercial problem. What's he going to do about this attack?

^^ What are you going to do about your bad cases of TDS and STD's?