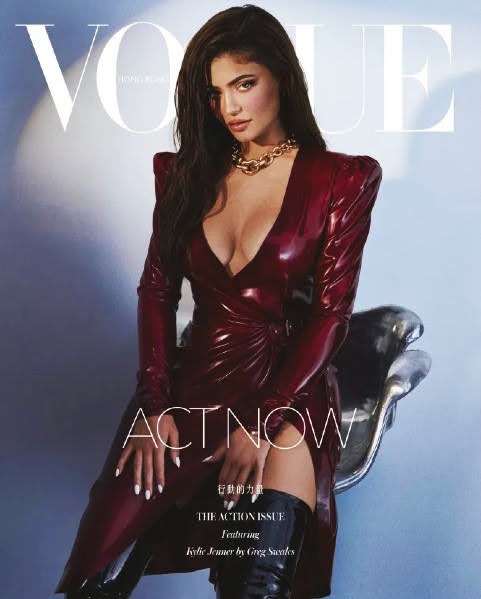 We start the morning with Kylie hotness and a peek at pop culture, community news and info from across the nation and around the world . . .

The American Red Cross has put out an urgent call for volunteers to respond to natural disasters. The Greater Kansas City chapter is hoping to train hundreds of people to help with relief efforts across the country. Natural disasters don't stop during a global pandemic.

LEAWOOD, KS (KCTV) - Cure of Ars Catholic Church is just one of the dozens and dozens of polling locations voters can head to Tuesday and despite the fact, so many people have already voted by mail, there are just as many polling locations in Johnson County as usual.

LAKE OZARK, Mo. - Missouri reported more than 1,000 new cases of COVID-19 on Monday and, as numbers rise, the Lake of the Ozarks is once again making national news for holding parties without social distancing or masks. Lake officials are defending themselves while St. Louis County's executive is calling them part of the problem.

If you've been following her on social media, you know that Kylie Jenner's quarantine content has been of the highest quality in recent months. Whether she's making wine mom jokes about drinking herself to sleep or twerking in a bikini, Kylie has been bringing her A-game on a daily basis, and fans are clearly appreciative.


Chinese state media slams U.S. as a 'rogue country' for its planned 'smash and grab' of TikTok

Chinese state media labeled the U.S. a "rogue country" and dubbed the potential sale of social media firm TikTok to Microsoft as "theft," adding that Beijing could retaliate if a deal is sealed. Microsoft announced plans on Sunday to acquire TikTok's business in certain markets - the U.S., Canada, Australia and New Zealand.


Trump will use emergency powers to remain in the White House if he loses election, warns House majority whip

Donald Trump could use emergency powers to extend his term in the White House, a senior Democrat has said, as fears grow that the president may attempt to hold onto office should he lose November's election.

In order to meet that deadline, Dillingham said, "field data collection" will conclude by Sept. 30. Professional staff at the bureau has said that finishing the count by the end of next month is not possible after a pandemic-prompted delay in operations earlier this year.


As Trials Begin In Kansas City, Here's What We Know About A Future Coronavirus Vaccine

As the number of coronavirus cases continues to rise in Kansas and Missouri, potential COVID-19 vaccines are entering clinical trials in Kansas City and the rest of the country.

The Big 12 will play 10 football games during the coming season should teams be able to compete amid the ongoing coronavirus pandemic, the conference's Board of Directors announced Monday night. With the Big 12 now complete, every conference in the Power Five has agreed to schedules that lean heavily toward conference games, with all but two eliminating non-conference play altogether.

Hide Transcript Show Transcript NORTH. WE DON'T EXPECT ANY MORE IN THE EVENING. IF YOU ARE GOING TO BE OUTSIDE THIS EVENING, GREAT WEATHER FOR OUTDOOR PLANS. TEMPERATURES COOLING IN THE 70'S. 66 BY 9:00 P.M. LOWS BY TOMORROW MORNING, LOW 50'S. 53 DEGREES. 53 IN LEE'S SUMMIT. LOWER 50'S AS WELL.

What, no link for the 100th retelling of the breaking - Kris Kobach is a crappy candidate?


The American red cross has cut their own throat. You reap what you sow. They wouldn't work with Melania Trump all because they were mad Trump won. They put politics over helping people so they can suck up what they did to their selves. It was fine to have their fund raisers at Trump's resort until he won and then they pulled out. I wouldn't help the red cross for love nor money.


The Guardian article saying Trump would not relinquish the Presidency if he loses the election is typical Marxist Democrat Party propaganda.

Unbelievable the rubbish they publish.

Right up there with woman gives birth to alien.

I cut ties with the Red Cross when they started requiring hazmat gear to donate. That and 20 texts a day thing got old fast. The world can go crazy if they want. I'm not participating in this so called apocalypse. Call me when the zombies arrive and I'm all in.

@8:50 the zombies are here - they've just disguised themselves as Republican Senators.

You have them confused with blm 8:50. Not really zombies. That's just Marxist brainwashing.

^^THe dude posts 24/7 and never has anything original or interesting to say either.

I always enjoyed Groucho. Although Chico, Zeppo, Gummp and Harpo were funny as well.

Kylie is a Hollywood deception, daughter of a biologically-born male turned transgender woman, promoted to degrade those foolish enough to follow her!!!

Your problem 10:34 is that my opinion differs from yours and you can't handle it. That's not my problem. Seek help and have a nice day!

^^No, I can't take your boring endless drivel. You post entirely too much and aren't remotely interesting.

Noted, wiped on and flushed 11:13. Could be hiding as an anonymous coward posting drivel but I'm not. You might wanna look at that log in your eye. Just sayin. Have a nice day!

All true of you, Chimpy! Now get back to those shoeshines before you cliwn yourself some more!

What? Lol. Is this supposed to be a comeback? Yikes.

^^^You bore me. Quit begging for allies. It's pathetic and desperate. Seek validation elsewhere.

I don't need help. I can handle you one on one college punk.

^^and yet you can't as evidenced by you spending all day & night on here instead of doing anything productive. Weird.

Glad to know think you know so much about what I do. As per usual you aren't even close to the target. Keep trying though and have a nice day! Banana?

Fauci is so fucking old; he began his career as one of the Munchkins in the Wizard of Oz.

And, big surprise, he stands to make a rather large profit from the zombie virus vaccine. Isn't a Demonrat I can find screaming about that because he's doing their bidding. Conflict of interest doesn't apply I guess.

Shady Gators is all like "yeah, these people aren't from here so they can party all they want and take their infections back home".

"college punk". lol Bandito is officially the townie of TKC.

Bandit buddy, regarding your post @2:35, do you think that Fauci is going to make as much off the vaccine as Trump has made and is still making off his pimping of Hydroxychloroquine?

He said he's increased his stake in the only US licensed Manufacturer.

Cute conspiracy theory. Trump has no stock in that. Read less Mother Jones and turn MSNBC off. Got anything on urinegate? How about you have Nasty Pelosi impeach again if there is any there there? Nice try. Not biting.

That's why he won't release any of his tax returns. He's dirty as hell and guilty. If he was innocent, those tax returns would all be public record. Trump is still in court fighting it despite an order from the Supreme Court. He doesn't want you to see all the illegal ways he is profiting.