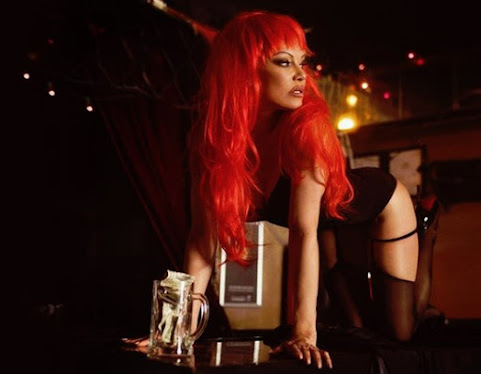 With respect to enduring Pamela hotness and our late night readers, we share these news links related to pop culture, community news and top headlines.

At the onset of the COVID-19 pandemic back in March, the J. Rieger Distillery made a quick business pivot and began producing hand sanitizer for public and private use.


Blue Valley to announce back to school decision on Friday

OVERLAND PARK, KS. (KCTV) --- Blue Valley students, parents and staff members will find out on Friday the district's plan for starting school. On Tuesday night, the district's board of education voted to rescind Johnson County's gating criteria --- and instead, follow state guidelines using the most localized data available.

KANSAS CITY, Mo. - AMC theaters nationwide - including several locations around Kansas City - will reopen Thursday after being closed for five months during the coronavirus pandemic. In an effort to inform people of cleanliness, the company has implemented a sanitation program called AMC Safe and Clean.

Cardi B sent temperatures soaring as she channeled Pamela Anderson's iconic character Barb Wire from the cult classic of the same name. The Bodak Yellow rapper, 27, posed for a sizzling photo shoot inspired by the 1996 sci-fi film, where Pamela played a mercenary and bounty hunter, who was forced into a secret government plan by a former lover.

Dog owners in Germany could be legally required to let their pets out at least twice a day for a total of one hour under the terms of proposed new regulations.

Six days after the Trump administration saw its effort to extend expiring United Nations weapons sanctions on Iran collapse in an embarrassing defeat, Secretary of State Mike Pompeo went to U.N. headquarters on Thursday to try again. This time, Pompeo went even further, pushing for a reinstatement by the U.N.


These are the extreme measures colleges are taking to limit partying

Say goodbye to sticky floors, keg stands and dubious punch bowls. While college administrators around the country struggle to keep their students safe in class, there's one, formative part of college that seems to be out of their hands: parties.

It has been a long time since we've seen football. This year we don't even have preseason games to get us through August. In many ways it doesn't feel like the NFL season starts three weeks from today (though it does, and that's pretty great).

The famous jazz musician Charlie Parker would have turned 100 years old this month. Kansas City is celebrating its native son all month long.This weekend at the 18th & Vine District, the celebration will focus on young people who are carrying on Parker's legacy.Parker is considered one of the most influential jazz musicians of all time.


Been caught stealing... a lot

On Wednesday night, in two games against the Cincinnati Reds, the Royals swiped three bases in four attempts. That's not exactly a newsworthy event when it's about the Royals. They run and they run often. As you would imagine, the Royals are among the teams that exercises their right to take a free base the most.

Hide Transcript Show Transcript BIT OF CLOUD COVER TRYING TO MOVE THROUGH YOUR EVENING FORECAST IF YOU'RE GOING TO TRY TO WORK OUT ONCE AGAIN LOOKING FOR THE TEMPERATURES TO DROP THROUGH THE 80S 79 BY 8:00 P.M. AND BY 10:00 P.M.

So we’re gonna spend a shit ton of money on a month long celebration of a man who hated kc and begged to not be buried here, sounds about right.

The poor man is rolling over in his grave and kc won’t stop using his name for personal gain. This city is so desperate for attention it’s sickening.

Yet, not a peep about Kansas City's history with Bob Berdella. Weird.

Where are the "Protests" demanding that Kansas City...
FREE CHARLIE PARKER'S CORPSE!
HONOR HIS DYING WISH!

Barbwire was a remake of Casablanca with Pamela Anderson in the Humphrey Bogart role.