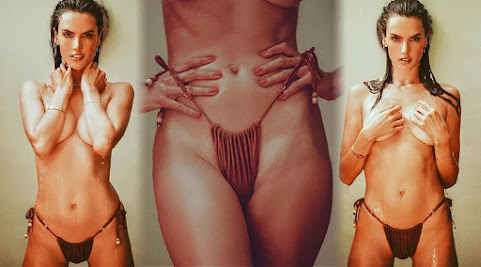 Hottie Alessandra is 39 years old but still in top form as she promotes her swimsuit line and inspires this week at pop culture and top headlines . . .


So they took the bus stop out at 10th and Main the other day, and today there's a crazy man out there screaming "WHERES THE F*CKING BUS STOP!?!" ???

The Port Authority of Kansas City now is searching for one or more developers to take up the mantle at a central Berkley Riverfront parcel, after pandemic-related difficulties swallowed a previous skyline-shifting proposal.

The Dotte Cracks Down

KANSAS CITY, Kan. - A new local health order that goes into effect Friday in Wyandotte County is prohibiting certain non-professional fall sports events and activities that pose a significant COVID-19 risk in the county. The Unified Government of Wyandotte County announced the order Thursday and said it would go into effect on Friday, August [...]

Alessandra Ambrosio is still at the top of her game when it comes to modelling skimpy outfits. The Victoria's Secret vet looked absolutely stunning on Sunday, as she took part in a photo shoot on a beach in Malibu, Los Angeles, while taking in the rays before sunset.


Trump And His Campaign Amplify Birther Conspiracy Against Kamala Harris

President Trump stoked a controversial theory being promoted by supporters - and his campaign - that Sen. Kamala Harris is not eligible for the vice presidency. The California Democrat was born in California and therefore qualifies for the job.


What will it take for GOP and Democrats to reach a deal on stimulus checks, package?

To get a deal done on the next coronavirus relief package, Democrats say the Trump administration has to increase the budget. The administration says Democrats need to lower the price tag. Treasury Secretary Steve Mnuchin and House Speaker Nancy Pelosi spoke on Wednesday about a potential deal, the first time since talks stalled on Friday.

The top official at the National Institute of Health on Thursday said that Russia's coronavirus vaccine skipped "fundamental parts" of the approval process, saying some people have coined it "Russian roulette." "I think virtually every vaccine expert in the world looking at this has been quite concerned whether this was a wise decision.

On Thursday, Kansas City Chiefs tight end Travis Kelce - still in the final two years of his most-recent contract - signed a four-year extension to that deal that will keep him on the Chiefs through the 2025 season. He will be 36 years old when the contract expires on the first day of the 2026 league year.


What summer jams are Citians rocking amid the world burning down?

Rocking vinyl in the front yard. // Photo by Travis Young. Summer jams are one hell of a way to lock a moment in amber. I can't hear Los Lobos' version of "La Bamba" without smelling sunscreen, chlorine, and the hint of a nearby snack bar's hamburgers or hearing my aunt tell my brother and I to stop running next...

The air will have a middle of July feel as area temperatures couple with high humidity holding heat index values in the 90s until just before sunset. Overnight skies may send a few clouds our way with a very slim chance for an isolated shower or thundershower well after midnight.

So President Trump states that he just heard of the claim that Heelsup Harris is not eligible to be vice president and that he assumes the Democrats would have already vetted that in response to a question is accused of stoking a conspiracy theory. Can the fake news get anymore biased?

What debate with Congress and what stimulus?

There is no need for a deal. Trump signed the order to send weekly $300 payments last Saturday.

The real question is WHERE IS MY MONEY!?!?!? I"M WAITING FOR MY PROMISED MONEY!!!

was harris born in hawaii?